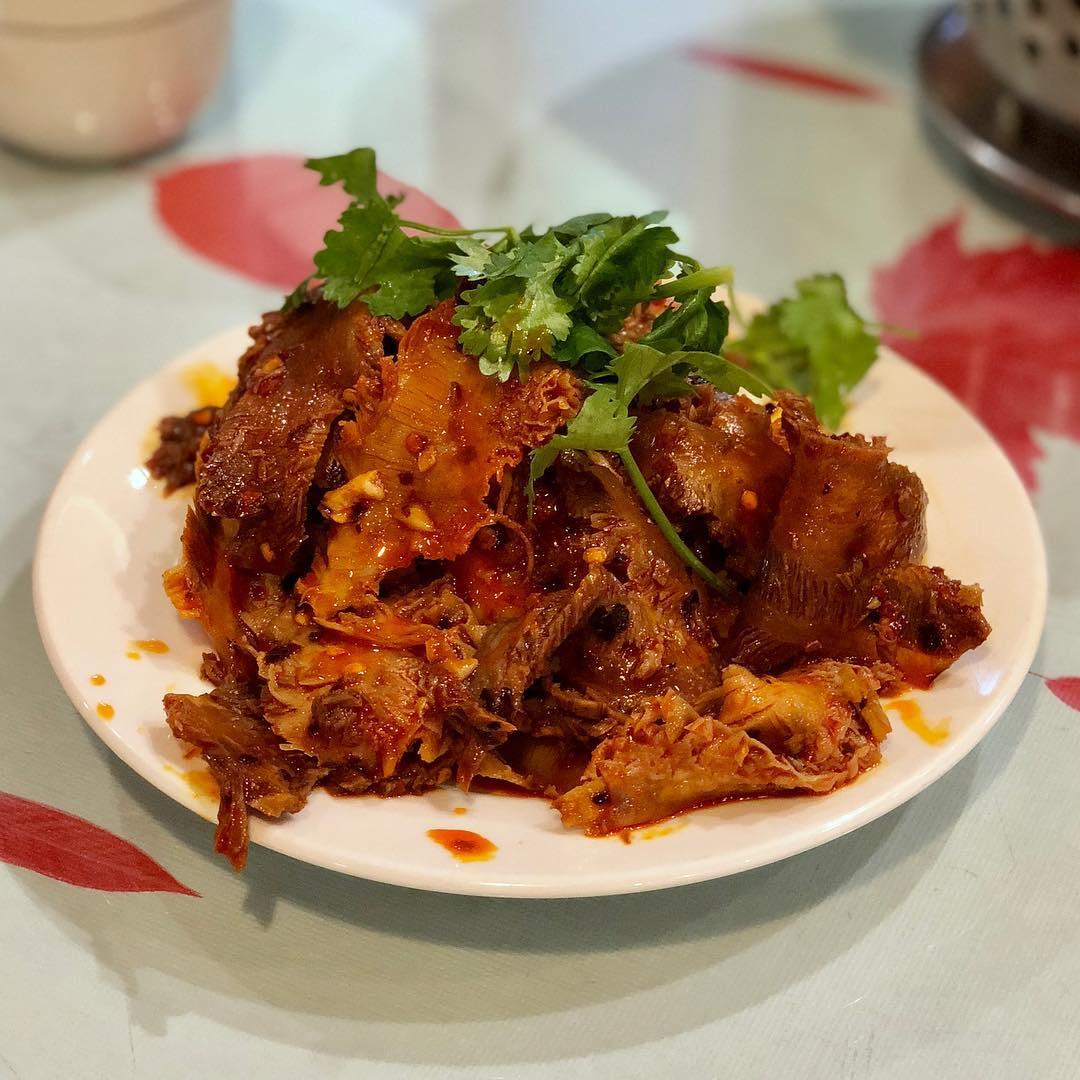 I didn’t know what this dish was when I ate it at a Sichuan Restaurant in Elmhurst because I let my Instagram friends do the ordering. It turns out that they didn’t know what it was either—I just asked them. They said it might be lung, tendon, tripe, or any combinations of them. The five of us just ate it without knowing what it was.

As an infant and a toddler, my daughter used to do the same. Unless it was clearly unpleasant, like spicy, she ate it. After all, without the ability to use language (to categorize and label things), it’s not possible for her to reject anything in advance. The language gave her the ability to predict, and along with it the unfortunate side effect: prejudice. She started by consuming only breast milk and expanded her repertoire one by one, and then, she started regressing. Like a typical American child, at one point, she would only eat pure carbs and fat, like a buttered toast.

he language gave her the ability to get only what she liked and avoid what she didn’t like, but because her knowledge of food was still so limited, she would blindly rule out a huge group of food from just one bad experience and its linguistic associations. Because she would have been happy eating a buttered toast for every meal, there was no incentive for her to take any chances. I’ve met adults like that too. One woman I know said she doesn’t eat any cuisines whose names end with “-nese” like Chinese and Japanese.

This is not a matter of taste or preference. If you are not familiar with something, yet you judge and avoid it, it’s a prejudice. As a parent, this bothered me a lot and pressured my daughter to eat a variety of foods. After eating something for a hundred times, if she still doesn’t like it, that’s a matter of taste. She can then stop eating it.

But now at 13, she appears to be entering another phase where her curiosity is winning against her fear and prejudice. I see her trying to broaden her repertoire on her own. Hopefully, she’ll unlearn her prejudices and become more like my Instagram friends and her infant self