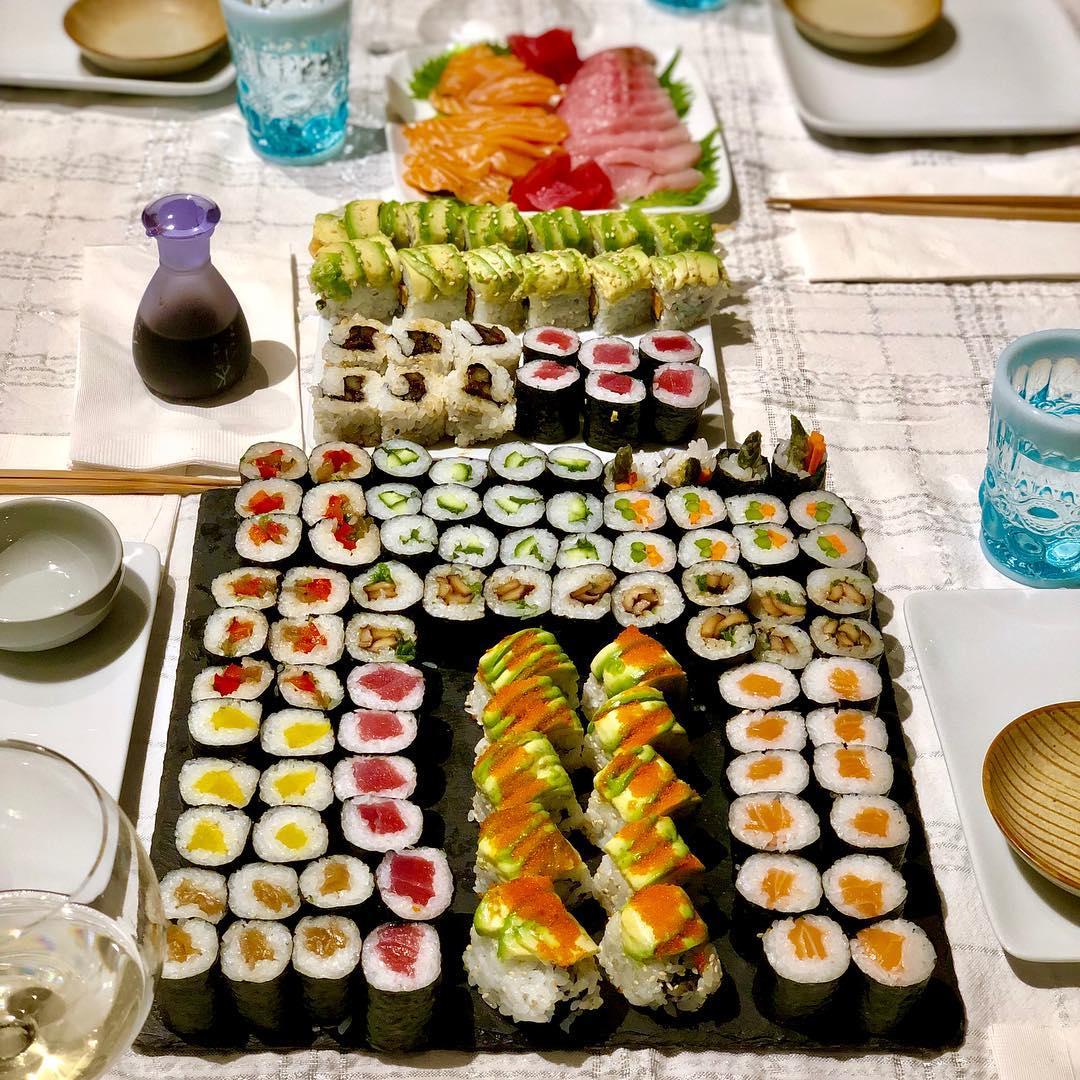 We had a vegan guest tonight, so I made half of the sushi vegan. I had never made vegan sushi before but I liked them a lot. The one everyone liked the best was eggplant cooked like eel. Sweet potato tempura roll was quite good as well.

Conceptually we don’t like limitations (like veganism). We think of them as restrictions on freedom, but limitations are what allows us to define what freedom is. In fact, part of what makes Instagram fun is its limitations. Like with haiku, the fact that everyone is working with the same limitations allows us to easily see how each person used his/her creativity to work with those limitations. In contrast, with any given website, we have no idea if the design was a template or original, cost $20 or $20,000, bought photos or original photos, etc.. We don’t know what the owner of the website actually contributed to it.

If there were no rules or limitations, it would be impossible to define what freedom and creativity are. Imagine a game of soccer where there were no rules; would it be fun to grab the ball with your hands and run around the field screaming, “I’m free!”? Unlike pasta, stew, or fried rice where the categorical boundaries are fuzzy, sushi has a well-delineated format, which inspires you to be creative. Freedom in and of itself is actually boring and uninspirational. If you have too much freedom, all you’d be inspired to do is to watch TV from a couch with Coke and potato chips in your hands.