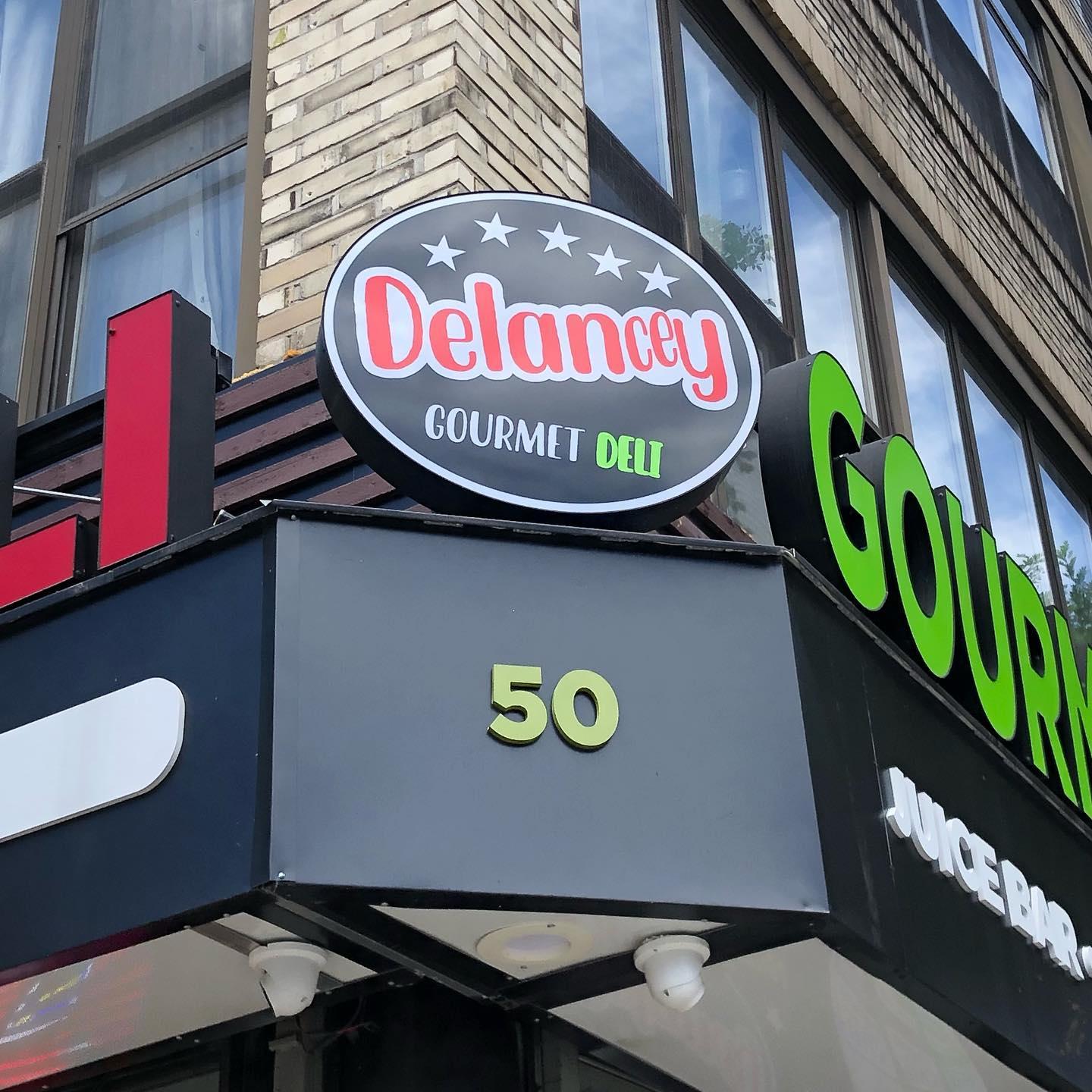 Hi, this is Mike from Delancey Gourmet Deli. Can I speak to your boss, please? It’s about the store sign.

Hi Mike, how can I help you?

Well, sorry, we just spelled it the way you told us to spell it. So, we can’t redo it, at least not without an additional fee.

How much do you think it would cost?

We would have to redesign it. So, it will cost at least a thousand to redesign, print, trim, and reinstall all three of them.

There is no space for it. It’s not like we can move the other letters. They are printed.

What if you deleted just the letter ‘c’ and moved it over a bit?

There is only enough space for one letter, so we would have to shrink those two letters.

Well, I don’t think you understand; it would look odd. Just those two letters would be a lot narrower than the other letters.

That’s fine. Nobody will notice.

They will, and we don’t want people to think it was our mistake.

Hold on. I need to discuss this with someone.

Hey Mike, we can’t do that. We take pride in our work. It would be embarrassing for us.

Well, if you can’t do it, I’ll get someone else to do it. You are making a big deal out of nothing. I’m just asking you to add a letter.

Mike, I’m telling you. It’s gonna look weird. Many people will notice it.

No, they won’t. People have better things to do than to stare at a sign.

Well, someone did complain about the misspelling. If you don’t care, why don’t you just leave it as is?

No, it’s embarrassing; I can’t misspell the name of the street I’m on.

It would look just as embarrassing with two letters taking up the space of one.

But at least they won’t think it was our mistake.

But that’s the problem! It wasn’t our fault.

But who cares? Nobody would know you made the sign. I won’t tell anyone.

Sorry, Mike. We won’t do it. It’s a matter of principle.

Fine. Suit yourself. I’ll get some kid to paint the two letters for a hundred bucks.