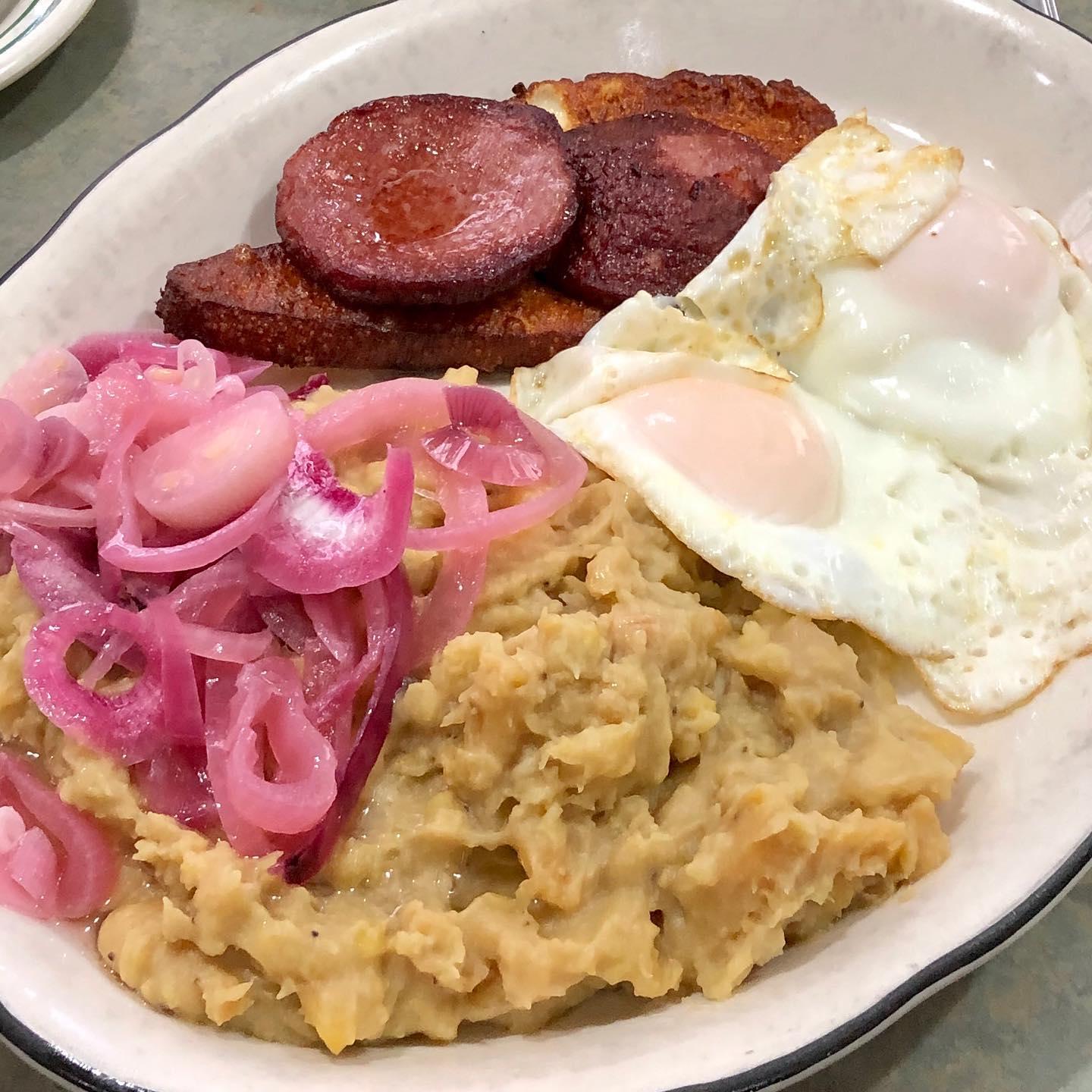 This Dominican restaurant is right across the street from us. We used to come here a lot but had to stop as our pants began feeling tight. This Sunday morning, my wife heard mangú calling her name. When we walked in, the waitress greeted us, “Welcome back!” We each ordered mangú with “everything” on it.

There are many ways to be annoying. For instance, someone’s mannerisms could be annoying even if he isn’t talking. Constant interrupters are annoying too. But my wife and I were talking about a specific type of annoyance.

For instance, you probably know someone whose résumé says “excellent communication skills” but is barely coherent in reality. No matter how many times you read his email, you have no clue what he is saying. You ask your colleagues if they understand. They don’t either. But this man goes about his business as if he is indeed an excellent communicator. This is annoying, partly because you have no objective way to confront him about it. Even if you tried, he is likely to say something like, “Let’s agree to disagree.” What is even more annoying is that there is always someone who seems to understand him perfectly fine. You listen aghast to them talking and laughing.

My wife points out that the worst-case scenario is where you are outnumbered. Someone says something delusional, and everyone around you agrees. This is the moment where you wish there was a camera you can look into like Jim (US) and Tim (UK) did in The Office, hoping that someone in the audience can see how crazy it is.

Structurally, what makes it annoying is that his idea of himself is vastly different from your idea of who he is. If he were to admit that he is not a good communicator, his lack of communication skills wouldn’t be annoying. It’s also possible that you don’t have what it takes to understand him, but you are not willing to admit it.

Either way, we are annoyed when we are made to feel like we are hallucinating, because, ultimately, there is no way for us to know that we are not.