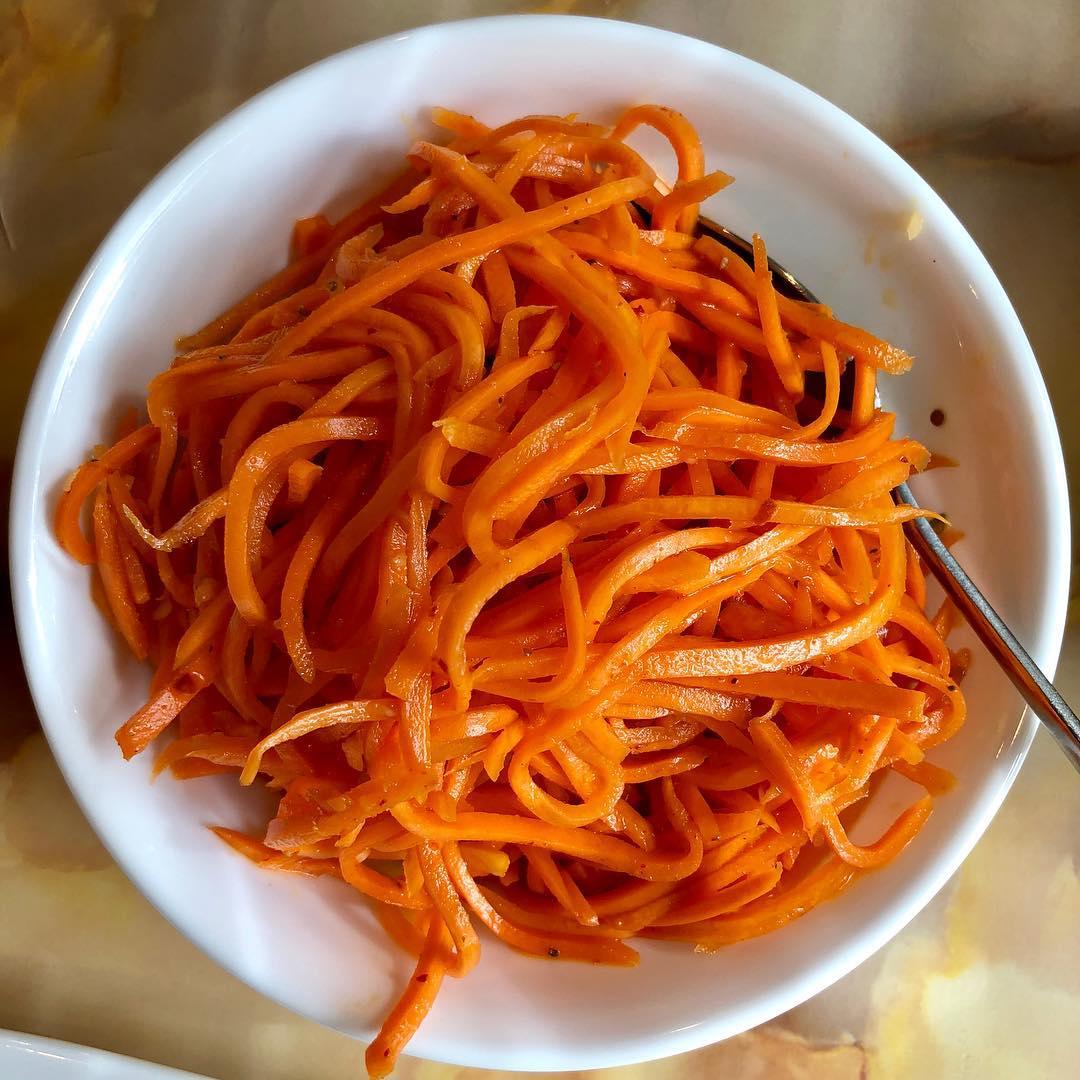 Story of Korean-Uzbek Food. A few months ago, I decided to follow a hashtag on Instagram for a cuisine I know nothing about. Off the top of my head, I chose Uzbekistan, and followed #uzbekfood. I then began seeing photos containing signs written in Korean. I was puzzled. What does Korea have to do with Uzbekistan? They are far away from each other.

It turns out that the reason this carrot salad pictured above exists has to do with my own ancestors, the evil Japanese. It all started because the Japanese invaded Korea and some escaped to Russia rather than submit to the Japanese. But when Russia too became worried about Japan, Stalin decided to move all the Koreans in Russia to Central Asia, mostly Uzbekistan and Kazakhstan. Why? Because they looked the same. Many died because Russians didn’t provide them anything and just dropped them off in the middle of nowhere.

The Russians banned Korean language, so most of these people who call themselves “Koryo-saram” speak Russian. In fact, the table next to us at this Koryo-saram restaurant in Brighton Beach was an Asian family speaking Russian. If you look up “Koryo-saram” on Wikipedia, you see this carrot salad representing the Koryo-saram cuisine.

Tonight, I watched a documentary on YouTube titled “Koryo Saram - The Unreliable People.” It’s a fascinating story about cultural identity. I highly recommend watching it. It’s only an hour long.