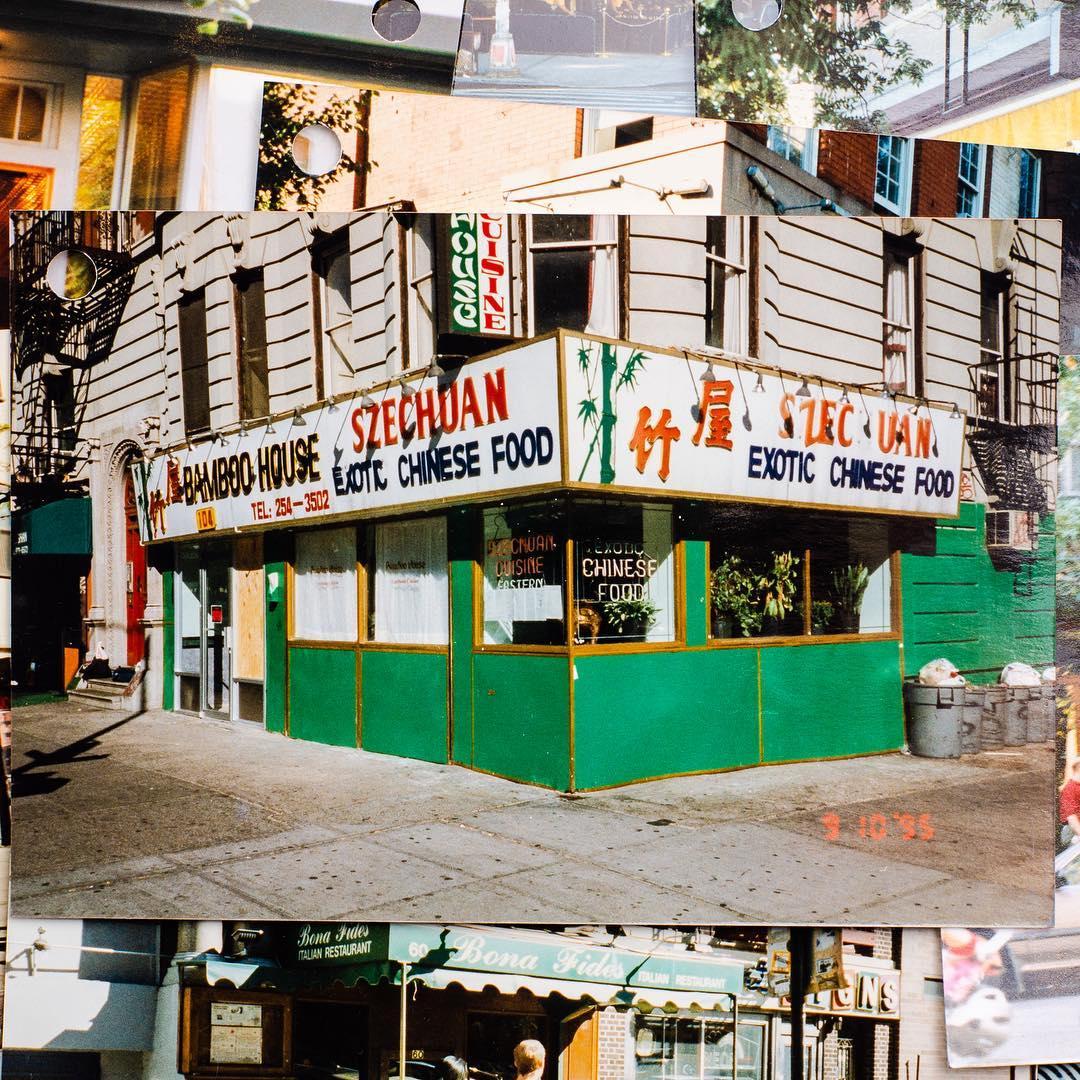 This was at the corner of East 6th Street and Second Avenue in 1995. My wife who grew up in the East Village says she used to get food from there all the time. The sign says “Szechuan Exotic Chinese Food,” but she does not think it was actually Szechuan. In fact, from 1968 to 2005, the key ingredient Sichuan pepper was banned in the US. The recent trend of high-end Sichuan restaurants was probably triggered by the lifting of the ban. Now, we can finally taste the real Sichuan food.

In the 90’s, I took a bunch of photos of the restaurants and bars in the East Village. This one is from that collection. The strange thing about getting old is that the things I experienced in the past are given new meanings. It is very much like the way a sentence functions. When reading a sentence, until it ends with a period, the meanings of the words are in flux. Take this sentence for instance: “At 10 o’clock, it was still pouring down until they finally fixed the leak upstairs around midnight.” Until we reach the end of the sentence, the meaning of, say, “10 o’clock” can keep shifting. It could be 10 in the morning. “Pouring” can be referring to rain. The period retroactively fixes the meanings of these words. So, in a way, every time a sentence ends, we have to go back to the previous words and reinterpret them.

As we get older, our past events are given not only different meanings from what they meant to us then, but also entirely new meanings. I might, for instance, hear a 20-something say, “I’m not afraid of dying.” I remember saying something similar too in my 20’s and I remember what it meant for me then, but now the same statement has a different meaning in my 50s which makes my original statement seem naive. This naivete was not part of the meaning of the statement in my 20s.

Looking at this photo of “Szechuan” restaurant now, I see new meanings that didn’t exist when I was looking at it through my camera.