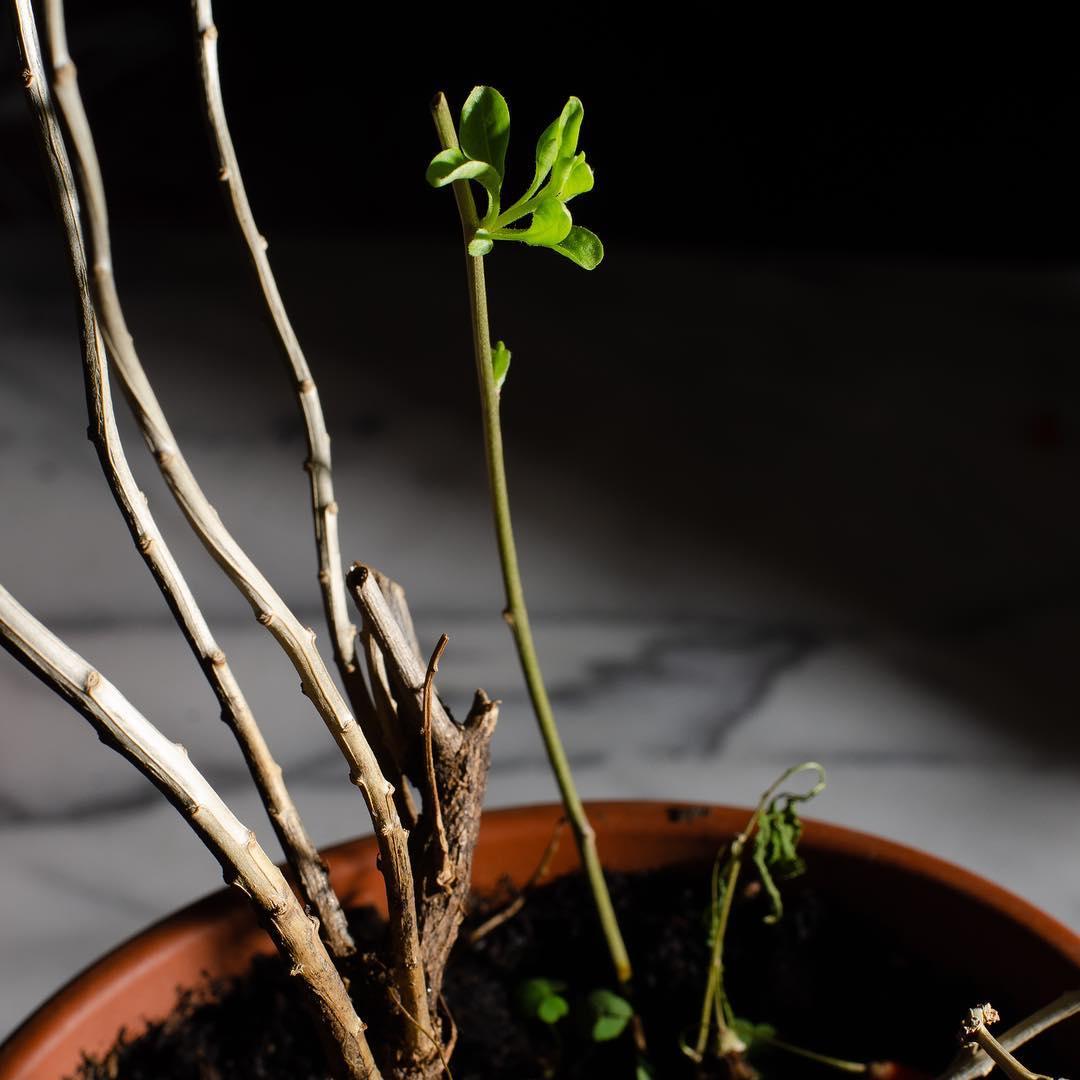 This is a goji berry plant. An article on the Web claimed that if you cut off any part of the branches and stick it in the soil, it will keep growing. I was like, “Really? Without a seed or roots? A skinny stick without leaves or flowers would keep growing?” I didn’t believe it but when I accidentally broke off a branch, I decided to stick it in the soil instead of tossing it. That’s what you are seeing in the photo. Sure enough, fresh, green leaves started sprouting. I assume roots too must be growing out under the surface.

If goji berry plants had a language, how would they identify themselves? If the name of the original plant was, say, John, what would the name of this new one be? It’s still part of John but now has a complete plant mechanism of its own. If a new plant were to sprout from a seed, it feels natural to think of it as a separate being, but what if a part of the original begins growing independently?

What if this happens to humans? Let’s say, someone named Joe gets into a terrible accident and his body is split into two. But, the doctor tells him not to worry because, soon enough, those two parts will grow the missing parts and become fully functional humans. Should we think of them as one person or two? I think the answer is obvious. They would be treated like twins.

This reveals what identity is, or what the “I” refers to in our language. We begin treating these two Joe’s as two different people only because they start speaking independently. It’s not possible to treat both of them as one and the same Joe. The “I” in their speech simply means the person speaking the language. Goji berry plants do not have this problem because they don’t have a language.