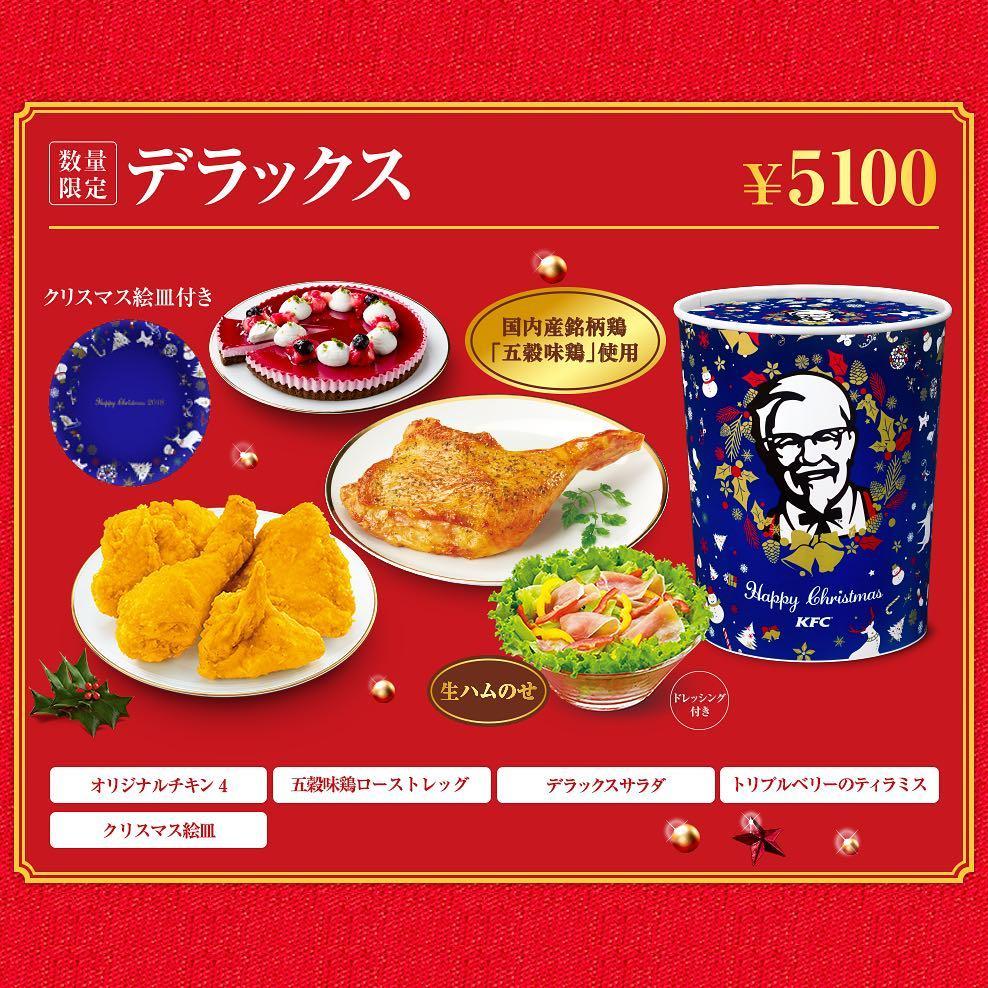 A few days ago, a childhood friend of mine in Japan shared a Japanese article on social media and added a caption, “Did you know that Americans don’t actually eat Kentucky Fried Chicken on Christmas? I had no idea.” Japanese people celebrate Christmas by eating fried chicken and strawberry shortcake. There are differing theories of how this strange tradition started, but the most convincing one is that American expats living in Japan settled on eating chicken on Christmas because turkeys are almost impossible to find there. Every year, people order Christmas packages in advance and form lines to pick them up. The deluxe package shown above costs roughly $46.

I’ve known about this tradition for a long time, but what was shocking to me is that many Japanese people still believe that Americans eat Kentucky Fried Chicken on Christmas. I think there are a few reasons for this misinformation.

Firstly, the quality of food served by the American fast food chains in Japan are higher, so, people don’t necessarily think it’s cheap food. In the US, fried chicken, in general, is perceived as cheap food, and the idea of eating them for Christmas is depressing.

Secondly, this demonstrates how isolated Japan is. If an average Japanese had at least one American friend or a Japanese friend who lived in the US for a few years, this misinformation would not be so widespread. But perhaps I’m taking the cultural diversity of New York for granted. In many parts of the US, people don’t know that General Tso’s chicken does not exist in China.

Perhaps this is proof of how isolated we all are in our own bubbles despite the fact that the Internet gives us the world at our fingertips.