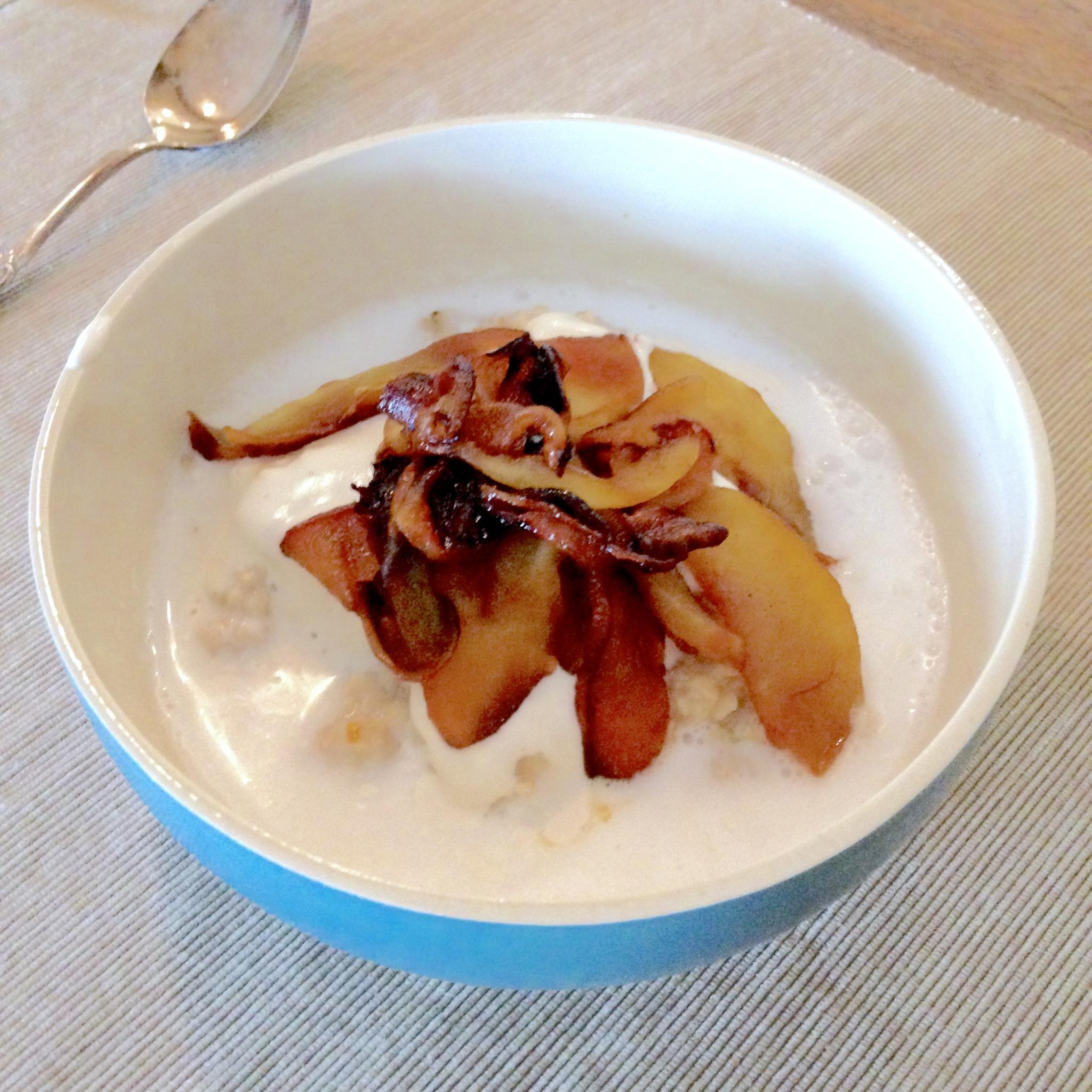 This is coconut cream and caramelized nectarine that my friend Warner made for me and my wife when we visited his summer house in upstate New York several years ago. He lived like a monk in this minimalist house he designed and built on the edge of a lake. We walked into a large, practically empty room. The side of the room facing the lake was all glass, floor to ceiling. It was a truly quiet weekend and the food he cooked for us had certain quietude too.

When jukeboxes became popular, music producers began increasing the loudness (our perceived level of volume, which is different from the actual volume), because they wanted their songs to stand out. At this point, all popular songs are maxed out in loudness, not only between songs but also within each song. This is how most of us live today; everything is maxed out.

Even though some vegan dishes can match the loudness of the flavor of meat, expecting vegetables to be as loud as meat is missing the point. Loudness can certainly grab our attention but constant loudness without quietude just leads to a lack of contrast and appreciation of the whole spectrum of possibilities.