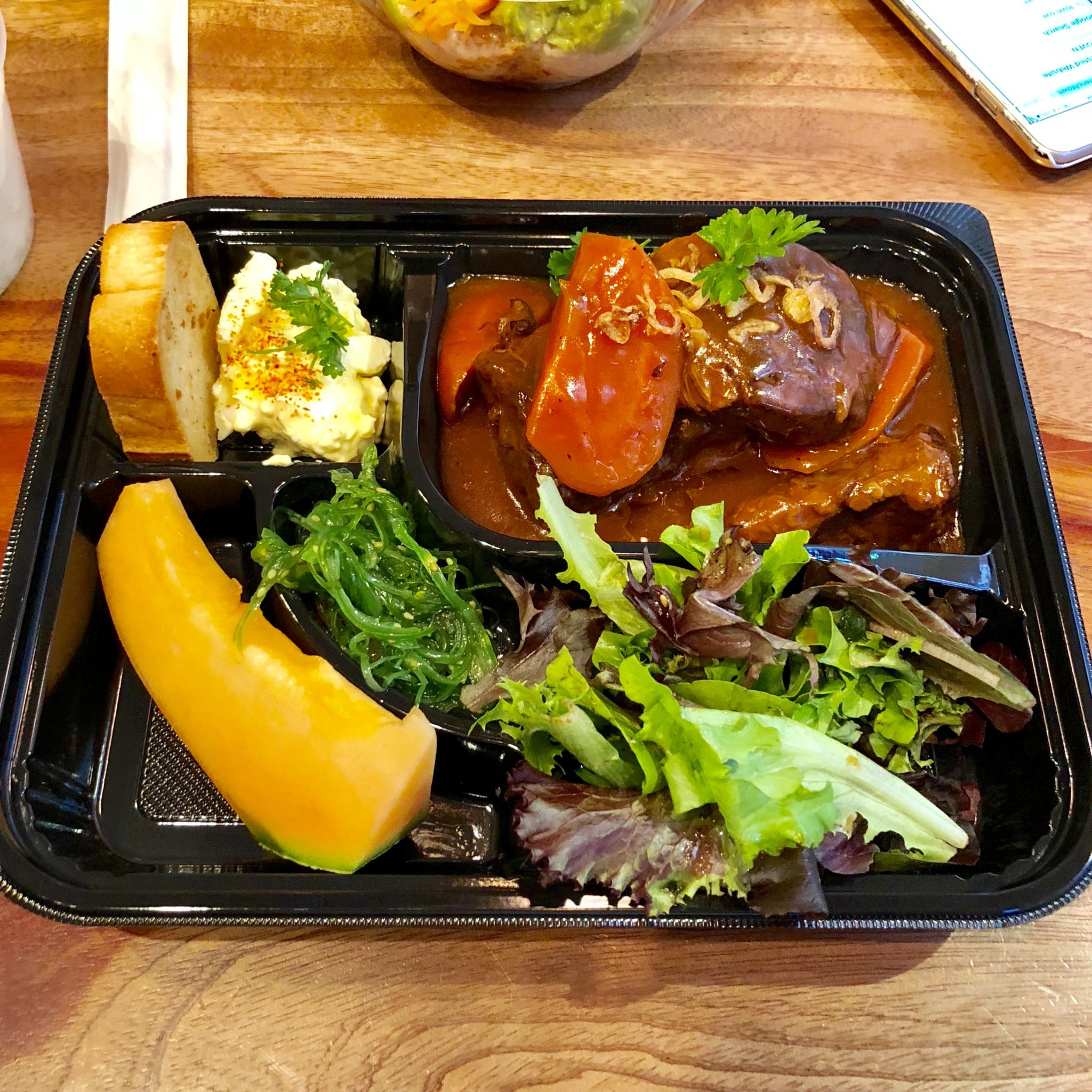 These plastic containers with multiple compartments are very common in Japan. I’m wondering if the idea originated in Japan. Although they have become common here in the US, the idea is decidedly un-American. Here, we are supposed to pile everything onto a single plate, Thanksgiving-style. Americans don’t fuss over the details. The country is just too big for that. China too has the same mentality. Big countries do not have time for small details. What matters is the big picture (the world domination). If the flavors of multiple food items blend in randomly, so be it. Who cares?

The Japanese do. Even a container with multiple compartments is a compromise in their view. The proper way is to serve each item in its own small plate, and most of them don’t have dishwashers at home. And, that’s not all. They do not believe in the concept of “main” dish/course. A Western dinner consists of a hero and its subordinates. Not so in Japan. In many cases, you cannot tell which one was the main dish, especially if you go out to dinner with Japanese businessmen. They would order one thing after another on a whim. This de-centered approach is even seen on Japanese television. A typical talk show has multiple hosts and you cannot tell which one is the main host.