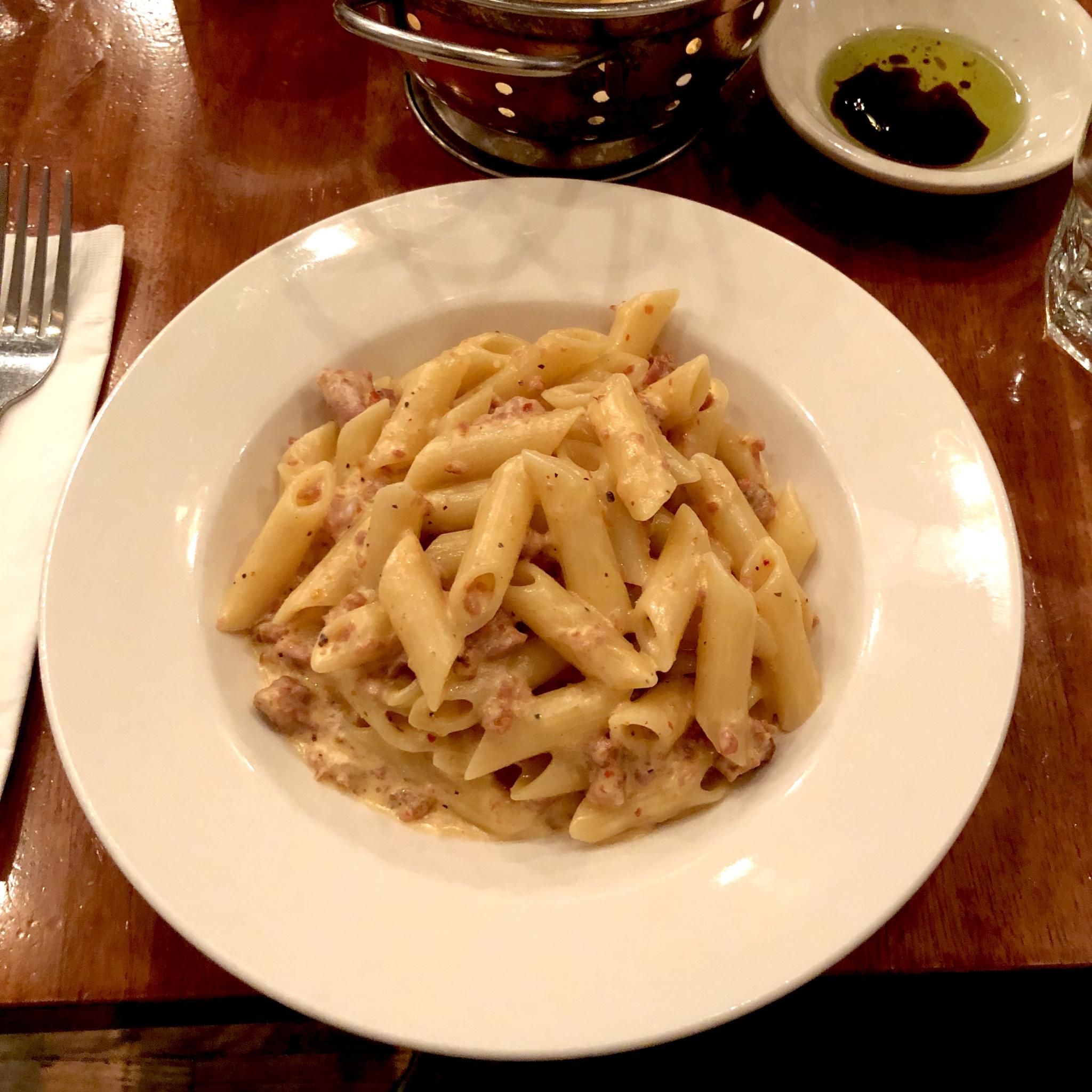 Talking to my friend Guillaume about art made me curious about what’s happening in the art world now. I’ve been disconnected from it for over two decades. Now there are many galleries in my neighborhood, but it hasn’t occurred to me to walk in. I wasn’t even aware that Lower East Side is the latest center of the New York art scene. I remember in the 90s, it was competing with Chelsea but ultimately lost. It feels strange to see it come full circle.

During my art school years in the late 80s, one of my teachers functioned as a broker for her artist friends to find studio assistants. She liked me because I had the Japanese precision craftsmanship. I was passed around among many artists. Last week, I contacted one of them who is still active here. Today, we met up and had lunch at his favorite restaurant with his wife and his latest studio assistant, a young girl from Sweden.

His studio used to be on Ludlow Street just below Houston. That block has transformed so much that I have a hard time identifying which building it was. He was already successful then but since his work is mostly conceptual, he wasn’t making much money. His career exploded in the early 2000s, leading to a major retrospective at Whitney. Despite that, he has always complained about his career, and, unsurprisingly, that hasn’t changed. Objectively speaking, he is doing great by all accounts, but he is 77 now and walks much slower than he used to.

When I was assisting him, I couldn’t understand half of what he was saying, and I had assumed it was because of my poor English. Now, 30 years later, I realized that I still can’t understand half of what he is saying. It’s because every other thing he says is a joke that I don’t get, still. I know they are jokes only because he puts on a devilish smile like a little child would when telling a joke. He is an absolute original; perhaps that’s why I don’t understand him. That’s what I like about art; it’s not a competition to be better than others but to be as singular as you can be. The trends and scenes came and went, but he stood by his singularity throughout.