Why Do We Use Bay Leaves?

There are certain things in life that we do quite frequently but not know why we do them, or how they came about originally, like shaking hands. One of these mysteries of everyday life is bay leaves. What the hell do they do? Despite their ubiquity, I couldn’t find any definitive answer on the Web; only opinions and theories. Let me deconstruct them below. 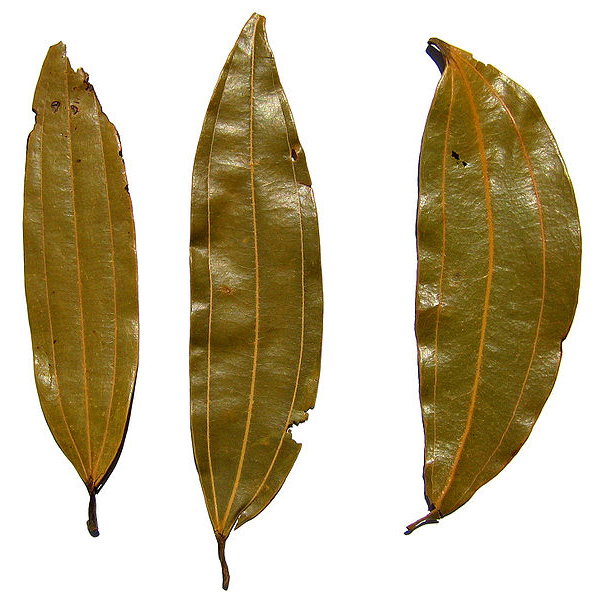 Bay leaves are about their flavor and/or scent.

That is, they are used for the same purpose we use most other herbs like pepper, cloves, thyme, mint, rosemary, etc.. But bay leaves hardly have any recognizable scent or flavor. Even those who adamantly insist that they have distinct flavor or scent would agree that it’s quite subtle. If we are to conduct a blind test and served these people two bowls of, say, chile, one cooked with bay leaves, the other without, I don’t think they would be able to tell the difference. Now, if the scent/flavor of bay leaves are so subtle, and if the scent/flavor is what we want from bay leaves, why do we only use a few leaves in a big pot? Why don’t we put like 20 leaves so that we can actually recognize and enjoy the flavor/scent? After all, we do that with most other herbs (particularly with basil and cilantro).

The flavor/scent of bay leaves only comes out when combined with other herbs.

This is what two of my friends claimed on Facebook. One of them provided cardamom as an example of herb that would bring out the flavor/scent of bay leaves. So, I conducted an experiment. I prepared two mugs with hot water. I put cardamom in both and bay leaves in only one. My friend (and another friend also) claimed that I have to use fresh bay leaves. So, I managed to find them for this experiment. My wife and I couldn’t tell the difference because cardamom has such a strong, dominating scent/flavor. I even minced the bay leaves but that didn’t do anything either.

We need to use a lot of fresh ones and/or grind them.

I would agree that if we were to take 100 fresh bay leaves, mince them up or grind them into powder, put it into a tea bag, and use it for a subtle dish like white fish cooked in olive oil, we could smell/taste the bay leaves. But, who does that? How many recipes call for such preparation? Even if this is true, it is an exceptional use of bay leaves, rather than a typical one. The vast majority of recipes that use bay leaves are for ingredients that have strong, dominant scent and flavors, like meat based soups. Many of them call for hours of boiling the meat. And, the recipes usually call for only a few bay leaves despite the fact that the other ingredients have dominating flavor and scent. Does this make any sense? No. So the mystery still remains despite a small number of exceptional uses of bay leaves.

What are bay leaves for? My theory:

Bay leaves function as a deodorizer. Try this: When you are making the gravy for your turkey from turkey giblets, start boiling it without any bay leaves. A gamy smell fills your whole kitchen. Not very nice. Then add a few bay leaves; the smell disappears. I believe bay leaves were originally used to get rid of undesirable smells (or smells that are too strong, like fishy and gamy smells). The reason why it is mainly used for soups is because various kinds of broth are made from secondary parts (or parts that are not so fresh) which can have a lot of good flavors but undesirable smells. If you see bay leaves as deodorizer (to suppress the smells that are too strong), they are quite powerful. Their effectiveness is immediately noticeable; there is nothing subtle about it. And, only a few leaves do the job. Furthermore, if we are using bay leaves for their deodorizing power, we don’t need to use fresh ones. Dry ones work perfectly fine.

Another way to describe my theory is that bay leaves function like the white/negative space in a visual composition, or silence between notes in music. They remove the undesired noises like hisses, pops, and other unintended environmental noises. What isn’t there is just as important in cooking (or in any art). In most cases, we are not using bay leaves to add something but to subtract something. I speculate that through many generations of using bay leaves, we forgot the original reason why people started using bay leaves, and now we simply throw them in out of habit.