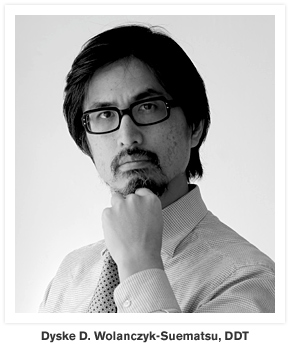 Derridean Deconstruction Therapy (DDT) is a new school of psychotherapy that aims to find your emotional or psychological crutches and Deconstruct them. It can also be called Zen Detachment Therapy (ZDT) as crutches can also be called “attachments”. This method is particularly helpful for those who dismiss the idea of God. Instead of entirely denouncing the act of appealing to higher authorities, they simply replace God with other noble concepts like science, reason, rationality, family, conscience, morality, evolution, art, love, humanity, nature, etc.. In DDT, these sacred cows are Deconstructed so that their hierarchies are reversed to reveal their unconscious assumptions.

For instance, many people assume that rational (thought) is superior to irrational (feeling). This assumption leads to forming an unconscious crutch or attachment where the irrational aspects of who they are are systematically suppressed or subordinated, stunting the growth as a whole human. In other cases, some people bow before a particular concept, like science or nature, again, subordinating themselves to it, unable to truly be who they are.

Why do we concoct these artificial hierarchies in our minds? Because otherwise we would have nothing to hold on to in order to build our lives. We make an assumption about one thing being superior to another—what the French philosopher, Jacques Derrida, called “Logocentrism”—and we make other decisions based on that assumption. There is nothing wrong with making such an assumption but when this is done unconsciously we become attached to it, and believe that it is not an assumption (”the truth”), and we try to defend it with our lives. This assumption becomes our religion, God, even if it is not commonly considered as such.

The goal of DDT is to find these Gods in you and beat them out of you, so that you are again a floating bottle in the vast ocean with nothing to attach to, with no direction, purpose, or goal. You get to know this chaos, the feeling of having no control, and become at peace with it.

You might ask, “Why would I want to be in such a state?” Maybe you don’t. DDT is not for everyone. It does not solve any problem or cure any neurosis. It is designed only for those who wish to identify their unconscious assumptions (Logocentrism), and need help from someone who can identify those assumptions more objectively.

In the interest of full disclosure, let me be clear that I am NOT a licensed therapist. (I’m not even licensed to drive.) I did NOT study psychology or any related subjects. One qualification I do have is that, like all the psychotherapists in the world, I too am neurotic. Also, Jacques Derrida did not invent, suggest, or endorse this method. His name is being used here purely for the purpose of marketing this service because it sounds impressive and credible.

Our session can take place in person, on the phone, via instant messaging or email. Right now, I have a special introductory offer of $100 an hour for the first 10 clients. No long term commitment or contract. So, don’t wait. Otherwise you might suddenly face death and realize that you have too many attachments to too many things in life. If so, your death would be emotionally and psychologically unbearable. I can help you reduce that burden to a manageable size for your death bed. dyske@dyske.com