Being an Emotional Minority 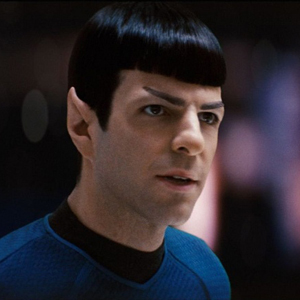 We all seem to outgrow our own emotions. The things I held sacred in my youth are no longer so. The songs I used to think were divinely beautiful sound rather banal now. My universal and eternal ideologies crumbled and blew away over time. This seems to happen not just to individuals, but to the whole human race. As we have become more rational, many superstitious and prejudiced beliefs and rituals have faded away. For instance, not so long ago, race had an inviolable meaning for many people. It just felt right that we organized ourselves according to the colors of our skin. We assumed that our own race was superior to others. Such convictions were largely emotional, but many probably believed that their convictions were perfectly rational. As we educated ourselves better, we came to realize that we were misguided.

In Star Trek, Spock is characterized as cold-hearted. The humans in the story have a hard time relating to him because emotions do not interfere with his decision-making process. That is, he is too rational for the humans in Star Trek. But imagine what would happen if you were to time-travel to a society 2,000 years ago. By their standards, you would be seen as too rational, rejecting everything as meaningless rituals, superstitions, and prejudices. If you were too vocal about your objections, you would probably be executed. No matter how much you think you value human emotions, the people of 2,000 years ago would probably see you as cold-hearted and devoid of emotions. It’s not that you have no emotions; they just would not be able to relate to many of your emotions. If they are unable to see the world in the way you do, they could not recognize your emotions as emotions. When we hear a story about someone being mistreated because of his homosexuality, we have a certain emotional reaction to it. Most people 2,000 years ago wouldn’t have the same emotional response to that story. They are not going to recognize or relate to whatever you are feeling. So, they would be blind to it.

On the other hand, suppose you come across a scene in the society 2,000 years ago where many people are worshipping a miracle worker. Someone says to you, “Isn’t he amazing? He is the greatest human being I know, don’t you think so?” How would you respond? You might be able to respect his belief, but you wouldn’t be able to feel the same way he does about miracle workers. Sensing the lack of enthusiasm in your response, he would probably think you are devoid of emotions, like Spock.

People with Aspergers Syndrome are often characterized in the popular culture as being devoid of emotions, but if you observe them, you see them exhibit all sorts of emotional behaviors. Take Temple Grandin, for instance. Her life was filled with sadness, anger, happiness, and excitement. Yet most people see her as someone who is extremely rational and emotionally detached. Why? It’s because most people cannot relate to her emotions. So, as far as they are concerned, Grandin has no feelings. It’s not that she has no emotions; most people just cannot relate to her emotions. It’s as if her emotions are expressed in a foreign language. In a society full of Aspergers, they would not see themselves as being devoid of emotions. In fact, in such a society, you would be seen as cold-hearted and devoid of emotions, because they would not understand many of your emotions.

Imagine if someone time-traveled from 200 years ago to our society of today. Suppose he sees a black man kissing a white woman in public. He might become outraged, shocked, or offended. If we did not know he had just come from 200 years ago, we would probably assume he is insane. Suppose you watched The Color Purple with him. He probably would have no idea why you are crying. So, you would see him as someone who is devoid of emotions. Well, who is correct? If you went back in time, you would be “cold-hearted”, and if someone time-traveled to now from 200 years ago, he would be “cold-hearted”. In the end, the majority decides who is correct. You would be cold-hearted in a society 200 years ago only because you are a minority. Obviously this is a prejudice. There is no objective and scientific way to settle this.

Everyone responds to different things and situations in different ways. Let’s call this “emotional profile”. Although everyone has a different emotional profile, the emotional profiles of the people who live in the same culture and time tend to be quite similar. In the US, seeing a footage of people killing dolphins evokes anger, but in Japan, it’s no different from seeing cows and pigs getting slaughtered. Today, learning about a few incidences of torture in prison can cause a political uproar, but a few thousand years ago, many people were tortured in front of hundreds of people in public. I’m sure a hundred years from now, people will read about what we are doing now, and think we are cruel, unjust, and cold-hearted.

If we could draw a histogram of our emotional profiles, I would imagine that it would form a bell curve where the most common emotional profile is at the center. To the right would be the ones that are ahead of the curve, and to the left, behind the curve. I believe, for instance, Jack Kevorkian is ahead of the curve (pretty far to the right of the bell curve; or “outlier” as they say). Most people see him as cold-hearted, like a killing-robot who does not feel anything when he delivers the lethal injection. Kevorkian himself does not see it that way. He too is being driven by his own emotions. He has an emotional response to his patients that other people cannot comprehend or relate to, so they are blind to his emotions and assume that he has no emotions. This will probably change in the future, and Kevorkian will probably be vindicated as being ahead of the curve. On the other hand, a racist who would torture a black person is behind the curve. This was a normal behavior at one point in the US and his behavior would not have been considered cold-hearted. But the society has moved ahead since then.

Our lives are ultimately driven by our emotion. We burn it as a fuel to keep going. It’s what makes our life “worth living”. And, when we cannot share our feelings with others, we feel lonely. It’s like living in a foreign country where nobody speaks your language. In a war, it’s easier to kill someone who does not speak our language because it’s sharing of our emotions that creates any meaning in human relationships. So, being an outlier emotionally is a significant disadvantage.

When you cannot relate to others emotionally, reason becomes the only common language. This is why, from the perspective of others around you, you appear to rely too heavily on reason, like Spock does. It’s not that you have no emotions; you just cannot communicate them, so you are left only with reason. In this sense, the characterization of Spock as someone who insists on sticking to reason, is inaccurate (at least from my own perspective). Spock, or someone in his position, is not insisting — He has no choice but to appeal to reason because the humans around him cannot see what he sees, and cannot feel the emotions that come with his knowledge and understanding. If they could see and understand his perspective, he wouldn’t have to resort to reason. Spock too is ultimately driven by his desire to share his emotions.

The humans in Star Trek are right in telling Spock the importance of emotion; the only problem is that they are too blind to realize that Spock only appears to devalue emotion because he is an emotional minority. If the majority status were to be reversed, if Captain Kirk were alone in a society full of Vulcans, he would be the one lacking emotions; strange, out of touch, and isolated. He would have no choice but to resort to reason in order to communicate with the Vulcans. But sadly, he would be out of luck, because Vulcans are ahead of the curve in reason. He would probably be an old alcoholic who vents his anger towards the society that does not understand him, like a bitter drunken racist who cannot understand why our president is black.