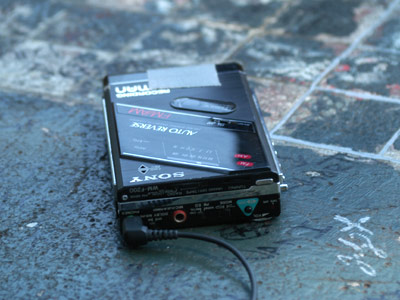 G. I. Gurdjieff practiced a method of enlightenment where one was subjected to unusual situations that made one aware of the aspects of oneself that one was not aware of. This may involve, among other things, taking cold showers, suddenly freezing one’s movement, walking with shoes filled with pieces of rock, or fasting. When New York City lost its power, this was one of the first things that I thought of; Gurdjieffians would be happy for this opportunity.

I was at home with my girlfriend when the light went off gradually, the air-conditioner making funny sound as it slowly wound down. I heard from others that those who were outside in business districts heard the entire city wind down with a sound that you would expect to hear in a Hollywood movie. At first, I thought it was just our apartment. Then I thought it was my building. I looked outside and realized that the whole block was blacked out. I figured the substation that fed our neighborhood went down. Surprisingly the phone was working. So, I tried calling a few of my friends, and got through to a friend in New Jersey. She told me that the entire eastern seaboard was blacked out.

As with most others, the first thing I thought was terrorism. In 1999, I read an article in Wired Magazine about Y2K and its potential impact on the power grid. I recalled the article saying how difficult it is to get it back up and running once it goes down. Hence I figured this would last at least several days, if not more. Mayor Bloomberg’s assessment of the situation was upbeat throughout the whole ordeal, reminding me of the Iraqi Information Minister. On September 11th, the people in the World Trade Center were told to stay put, and those who obeyed were killed. After that, it is hard to simply listen to the authorities when emergency situations come up. The lesson learnt from it was that ultimately you are responsible for yourself no matter what the authority tells you to do. It was an unfortunate lesson that no one wanted to emphasize, but has been on the back of everyone’s mind ever since.

My girlfriend and I tried to think of things we needed to do assuming that it could last several days. The only thing we could think of was to buy batteries and flash lights. Everyone else was scrambling to buy them also, and they quickly sold out. We managed to get what we needed. I dug out my old Walkman that I bought in the 80?s which had a radio built in. Amazingly it still worked. We also stuffed our boom box with a bunch of C batteries. We gathered all the candles we had in the apartment. We couldn’t think of anything else to do; so we sat on the couch waited for the Sun to go down. On the radio, the mayor kept saying that the power would be back in a few hours and that it was not terrorism, but I didn’t believe either. It seemed unreasonable to so quickly rule out the possibility of terrorism. It was clearly meant to calm people down. Not to be a conspiracy theorist, but it is still perfectly possible that it was a work of a cyber-terrorist.

It was a long night. I had a colonoscopy appointment the next day, so I hadn’t eaten anything all day. I wasn’t sure if I should forget about the appointment. If the power had come back in a few hours as Bloomberg had said, chances were, the procedure would have gone on as scheduled, but if it had lasted all night, then it would have obviously been called off. From the lack of food, I was feeling faint, so I sat in the couch like a zombie. At around midnight, I gave up and had a pint of ice-cream that was about to turn to liquid.

We stepped out for 10 minutes just to see what the city looked like in blackout. What amazed and puzzled me was how orderly everyone was. Unlike the blackout of ‘77, which I only heard the stories about, everyone was being helpful to each other. What could transform a whole population of people so utterly in 26 years? Does this mean that the humanity is, after all, evolving spiritually? My assessment is: not really.

9-11 clearly transformed the spirit of the Americans. Now that we have a common enemy called terrorism, the differences among us appear petty in comparison. We need to unite to fight the common enemy. However, I personally do not see this as a positive progress. We are simply replacing one division for another. If we always need a bigger conflict in order to solve smaller ones, we haven’t changed at all fundamentally. By this strategy, what could potentially solve the Israeli-Palestinian conflict is to create a bigger conflict that would make them unite. For instance, if the US were to stage a hostile invasion for both regions, they would overlook the petty differences and unite. But, obviously, this would not lead to a real solution.

The next day, the city was in a festive mood. Most people who did not have any immediate problems were enjoying the rare occasion. It was very hot and humid, so the kids in my neighborhood were playing with the fire hydrant; a typical scene of New York City that you see in movies. I spent the whole day walking around with my friends, going from one park to another, playing Scrabble, listening to the radio. The only real problem we faced was the shortage of cash. The blackout brought down the ATM network. It was a good thing that the blackout did not continue for another day. We learned that it is good to always have some cash lying around for emergency purposes.

By early evening, the majority of New York City had the power back on, but my neighborhood was still out. It turned out that we were one of the last to get the power. It came back on around 9PM. I heard a thunderous cheer outside my window. It was as though Thomas Edison illuminated the city for the first time in history. Who would’ve thought that we would be so happy to have electricity back on. It says something about our sense of happiness. As Carl Jung once said, we have an infinite capacity to take things for granted. Unhappiness has more to do with this capacity than it does with lack of something. It’s healthy to remind ourselves, every now and then, of things we take for granted.