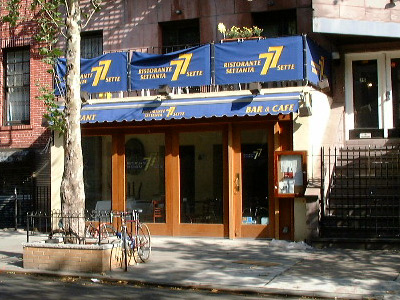 Once a location has a bad restaurant, it is cursed forever. It is very difficult to reverse this curse. 77 Saint Marks Place was one such place, until La Palapa, a Mexican restaurant, came and took the curse away. I had never dined in either of these places pictured here. Every time I walked by, they were painfully empty. Both of these restaurants were relatively high-end, and had very nice decors. When a fancy restaurant is empty, it is more unappealing to go in than when a cheap restaurant is empty, since the chance of you paying a lot for something bad is pretty high. 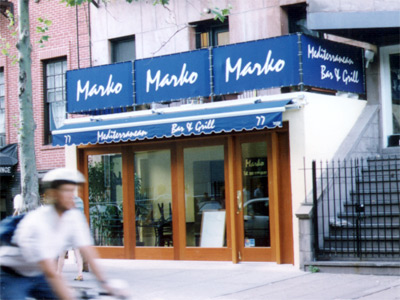 The owners of these restaurants must have lost a lot of money. It is possible that the same owner ran both of the restaurants. See the awnings? They are practically identical except for the logos. He or she must have realized that Settanta was cursed, so he might have tried a desperate tactic of changing the facade and the menu while keeping everything else the same. Painfully, it failed.

Human psychology is an incredibly complex thing. There was nothing apparently wrong about these restaurants. It is possible that the food sucked, but that does not explain why they were empty from day one, especially considering how busy Saint Marks Place is. There was something inexplicable, some kind of vibe, or energy, which was not quite right. Restaurant business is such a gamble.