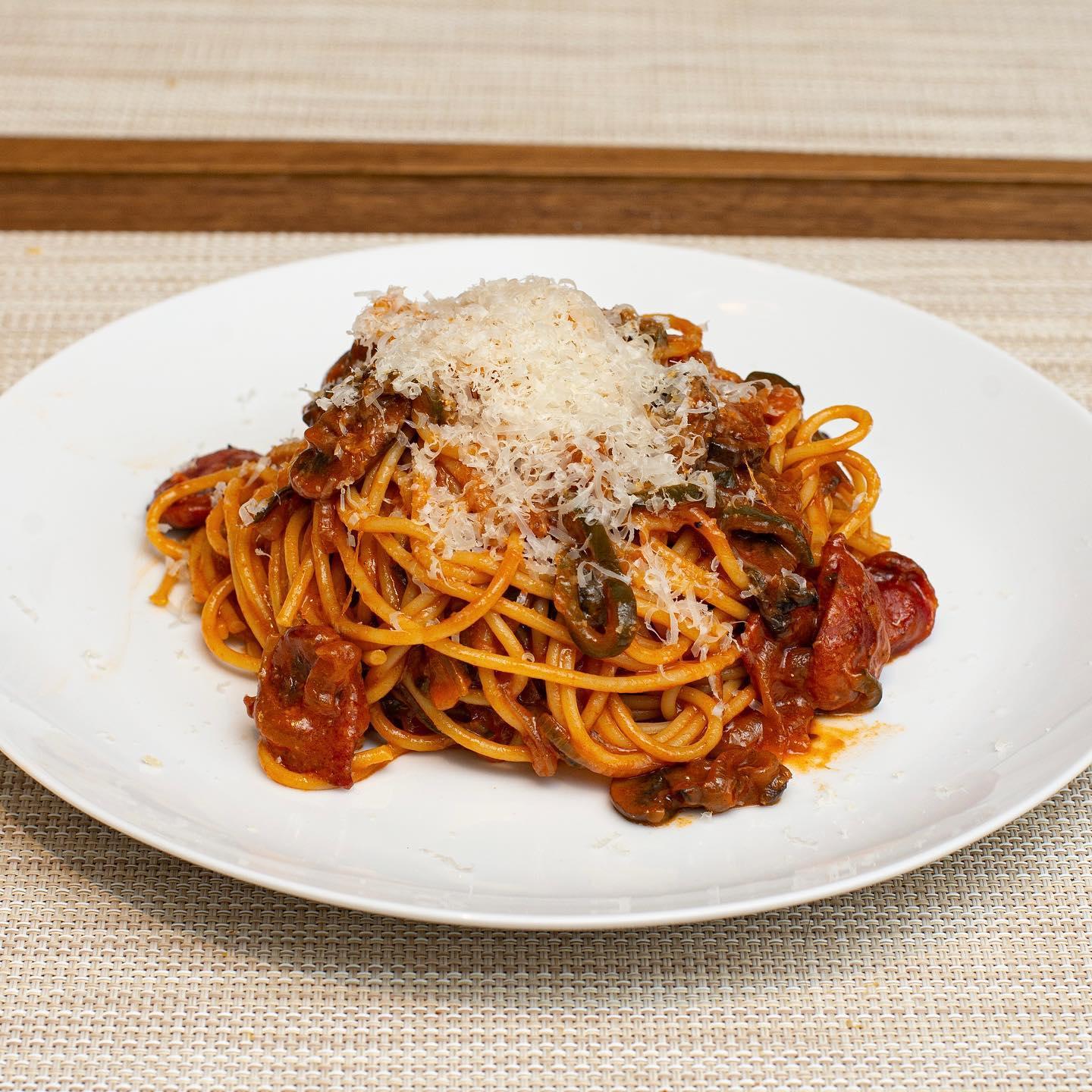 “Naporitan” is the default pasta in Japan. It often appears in a hotdog bun and bento box. I haven’t had it as a meal since I left Japan more than three decades ago, so I was curious about what I would think of it now.

It was invented by Shigetada Irie, the chef of the New Grand Hotel in Yokohama, where Douglas MacArthur was staying after World War II. However, according to one article in Japanese, Irie got the idea from the occupation forces feeding pasta with ketchup. That would make “Naporitan” an American invention since the key idea is combining pasta and ketchup. Or, at least, we could say it’s a collaboration.

Tomato ketchup is an American invention too. I’m surprised ketchup pasta didn’t catch on in the US. I’ve read that many fast-food franchises have tried because it would be financially lucrative, given how cheap the ingredients are. They are envious of Jollibee.

The name “Naporitan” is the Japanese pronunciation of “Neapolitan.” I’m sure people in Naples would be horrified to learn that a pasta dish made with ketchup is named after their city. In fact, I wanted to taste it again because now I have a much better understanding of what real Italian pasta is like—I would know how appalled Italians would be.

Well, here is my verdict: It’s not very good. I didn’t add any sugar (even though some recipes call for it), but it was already too sweet. I got tired of it halfway into it. I’m not surprised that someone was compelled to put it on a hotdog bun. It’s a comfort food for the Japanese. Kids anywhere would like it because it’s not so different from eating fries with ketchup.

Importing a foreign cuisine generally starts with the most accessible dishes, which means there are some childish aspects to the way they are assimilated. Since all American dishes were originally imported from elsewhere, they tend to be universally accessible, which is why American food franchises are successful globally.

When you appropriate a foreign culture, you can’t take yourself too seriously because you know it must be bastardized in some ways, despite your best effort. This is a cultural aspect Japan and America share in common.