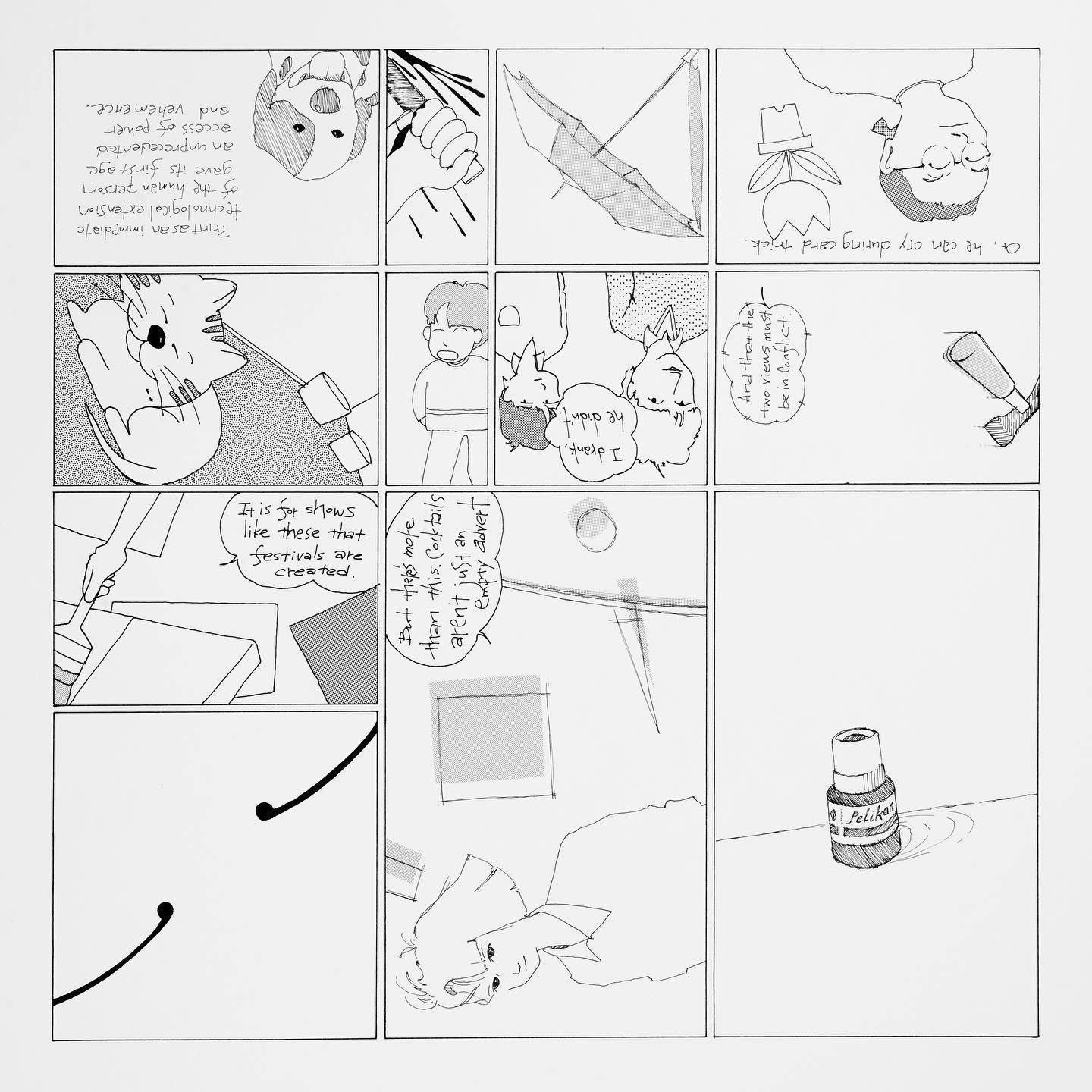 Last week, New York Times had an article about an Instagram account called “90s Art School” @90sartschool where people who attended RISD in the 90s share their scanned photos. I went to the School of Visual Arts, but the photos looked so familiar that I felt like I should recognize some of the faces.

Since my daughter is heading into her senior year of high school, I’m learning about different colleges in the US. I only considered art schools when I was her age, so I didn’t know much about conventional colleges. Hearing about typical college experiences made me realize how different art schools are.

Since you can’t compare artworks, there was no sense of competition. Instead, it was like we were all on Starship Enterprise heading into an unknown world.

Many of the reviews by the recent alumni of some of the top schools said the competition was fierce. It makes sense; after all, grades are based on how well students do on average. For fine arts, grades are meaningless. The point is not to be superior but to be singular. Other students cannot be better at being me, nor would they want to. Everyone had the same goal but a different destination. Helping each other didn’t conflict with anyone’s interest.

Apparently, the social scenes of top private universities are ruled by super-rich kids, and you’d have to spend a lot of money if you want to be part of them. The exact opposite happened at my school. The poorest kids ruled. If we had money, we would rather spend it on art supplies. We ate out only occasionally, and it was usually at cheap diners. Because we all shared the same passion, we agreed on our priorities too.

When I look back on my life, the most memorable periods were when I struggled for what I believed in. Periods of ease and comfort are forgotten, and those of pure struggle are bad memories. I loved every moment of my college years, even though we were all poor, and I knew then that I was standing in a rainbow even though I couldn’t see it. It is the closest thing to a utopia I’ve experienced.

I’d love to see my kid experience something similar, but outside of art school, I’m not sure how realistic this is.