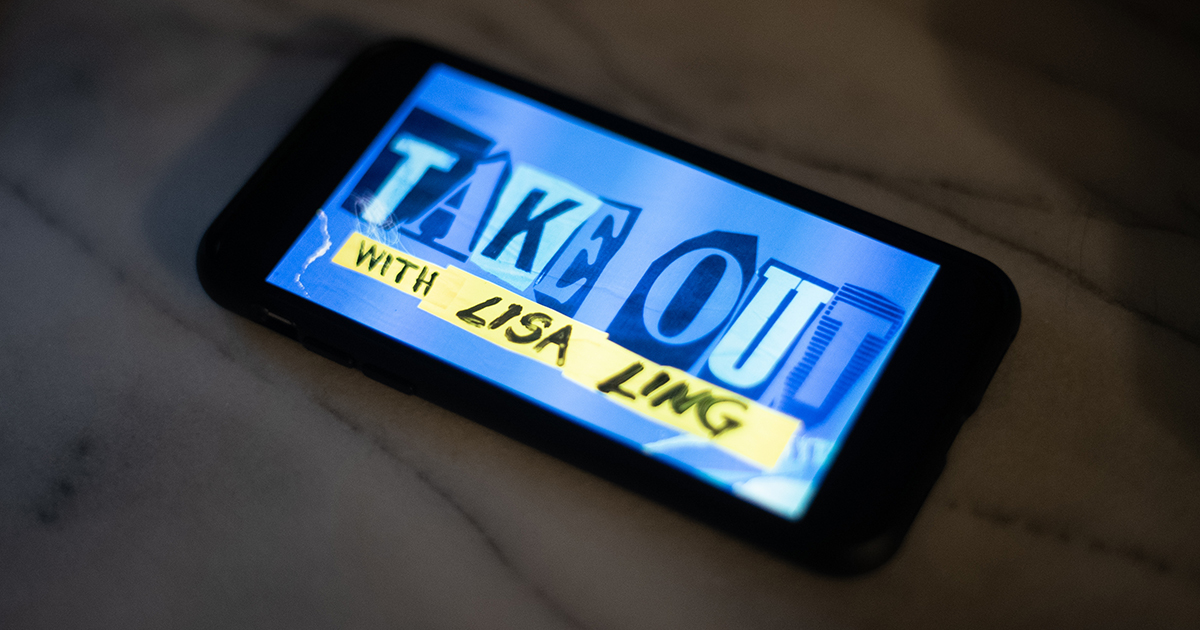 Take Out with Lisa Ling

At first, I thought Lisa Ling was just trying to pretend like she was Anthony Bourdain, but after watching a few episodes, it became clear she had her own agenda in her new show Take Out. The word “shame” comes up repeatedly in the show, and I felt like I was watching a group therapy of sorts to overcome this sense of shame about being Asian in America.

The format and the style are identical to Bourdain’s shows, so much so that I cringed when I saw the opening title sequence. It made sense after I learned that one of the executive producers is Helen Chow, the producer of Bourdain’s Parts Unknown. I find it unfortunate that they simply copied his style rather than finding a style that would support Ling’s voice better. Because it has all the trappings of Bourdain’s show, I couldn’t help but look for his voice, and naturally, it’s not there. It was only after I tried my best to ignore all the distracting stylistic choices that I could begin to hear her voice.

Ling admits that she was ashamed of being Asian in her childhood. Some might find this admission offensive (because they see no reason to be ashamed), but at least she is being honest. Many Asian Americans are ashamed but wouldn’t admit it. Rather than repressing it, she is airing it out in public. I can appreciate that, so let’s talk about it.

Shame is different from embarrassment. If you accidentally fart in public, you would feel embarrassed but not ashamed. With shame, something is not living up to your own standard. Someone inside you is saying you did something you shouldn’t have. You consciously process shame as someone else judging you from outside, but it’s ultimately you yourself who is doing the shaming. Even if it’s an internalized gaze, it’s you who does the internalizing. If you don’t think there is anything wrong with, say, slurping noodles, you won’t feel ashamed regardless of what everyone else thinks.

The question often repressed among Asian immigrants is why they moved here. Everyone in Take Out says they are “proud” of their culture, but if so, why didn’t they stay and work with countless others to turn their own countries into something they can feel proud of? China actually achieved this and is on track to become the world’s biggest economy.

I’m not trying to wag my finger at anyone. We all do what we have to do to survive, and we are not always proud of the choices we make, but we should accept them as our own choices, not anyone else’s. What I find unfortunate is the fact that second-generation Asian Americans continue to feel ashamed, but where is the shame coming from?

In one episode, a successful Vietnamese entrepreneur told a story of how he was discriminated against by white people, but right after it, he talked about how his American dream was only possible in America. It’s white people whose ideology made the “American dream” possible. If China or Japan was flooded with poor immigrants, I have no doubt that discrimination would be worse. China recently banned effeminate men from TV; if they cannot tolerate effeminate men, how would they tolerate people of different races flooding their country? There are many such contradictions in the Asian American community. The narrative that Asian immigrants are victims does not fully account for the choices we made ourselves.

There are two difficult questions that the immigrant generation has to confront. Unlike African Americans, nobody forced us (including me) to be here. Ultimately it was our choice. And, in many cases, Americans didn’t want us here, but some of us forced our way in. This makes it difficult for us to justify our existence here, which is why stories like how the Chinese built the railroad and how the Filipinos were the first settlers in Louisiana are celebrated among Asian Americans. They are attempts at finding justifications.

The other question is why we chose to have kids if our life was so hard. This sounds cruel, which is why it’s repressed by everyone, but just because it’s repressed, it doesn’t mean we do not suffer from it. So, let’s air it out since not confronting this question head-on has serious consequences.

Many parents forget that nobody forced them to have children. We chose to have them because we wanted to. We did what we wanted to do, not what we needed to do. It’s like buying a Porsche when you can barely afford to buy food and somehow convincing yourself that you had to buy it, or worse, someone forced you to buy it. As cruel as it may sound, this is what logic tells us.

This self-convincing or rationalization leads to the feeling that our children owe us something, that we “sacrificed” our life for our children. If you don’t want to sacrifice yourself, don’t have children. If you feel angry reading this, it’s because you yourself know it to be true deep down. The repression of this painful truth is what is causing the second-generation Asian Americans to suffer from the shame even though it has nothing to do with them. They feel ashamed because they feel you shouldn’t have suffered so much for their existence. In this way, they too begin to look for a way to justify their existence. They feel guilty or selfish for existing because you made them feel that way.

In order to sustain the myth that you are proud of your culture, you force your American children to learn your language and eat your food. There is a reason pride is a sin. Being passionate about a culture is different from being proud of it. In the latter, you are using it as a psychological crutch to justify your own existence, like staring at the trophy you won to make yourself feel good. The emptier you feel inside, the more proud you have to feel. Even if you are passionate about your native culture, your children shouldn’t be expected to share that passion. By forcing your children to worship your trophy, you are fetishizing your culture. Just because your children are biologically Chinese, Vietnamese, Bangladeshi, or Filipino, it does not mean they have to be interested in any of those cultures. You are expecting someone to behave in certain ways based on their biology; isn’t that the very cause of racism?

By immigrating to a different country, if you think you are doing a favor to your children, don’t immigrate and don’t have children. If you delude yourself with this, you are going to make your children suffer the consequences. Immigrate only if you want to. Make sure that you know it’s you who wants it, not your children. Remember, they didn’t ask you to be born and nobody asked you to have children. This way, you would not expect your children to understand how much you suffered. After all, that’s not their problem. They have no obligation to feel any sympathy for you. That problem should stop with you. How much you suffered in your life doesn’t change the fact that your children do not owe you anything.

The justification for your own existence is something you should fully accept, even if you don’t have one. It’s not fair to displace it onto your children. All teenagers are embarrassed by their parents, but there is no reason the kids born in America should feel ashamed of their parents’ cultures. If someone tried to force you to respect him, wouldn’t you wonder what he is trying to compensate for? Such a gesture only communicates the emptiness concealed behind him. Likewise, if you know who you are, you wouldn’t need any “culture” to assert your identity. After all, you didn’t even choose your culture; you were just born into it. The fact that so many second-generation Asian Americans like Lisa Ling suffer from shame is something that the immigrant generation Asians should take to heart. We can’t just blame it all on “white people.”

And, if you are a second-generation Asian American, don’t take any bullshit from your parents. If you want to eat a hamburger, demand it. You deserve it.