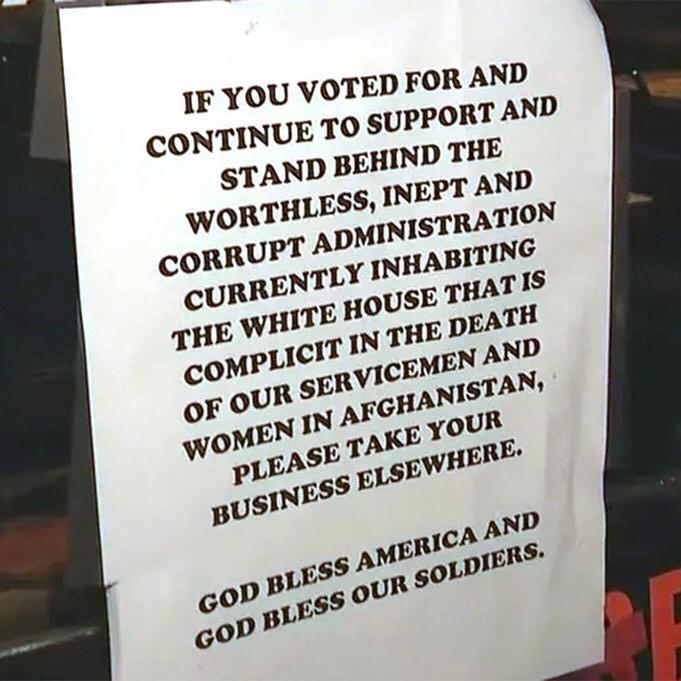 I came across this news story about a diner in Florida that banned Biden voters because of his mishandling of Afghanistan.

An odd thing I’ve noticed is that I don’t know anyone who publicly declares their love for the cancel culture. Nobody I know calls themselves “politically correct” either. Yet, they participate in it quite passionately. Why are they one step short? There is something in the cancel culture that everyone knows is not quite right, which is what is holding them back.

What troubles me about political correctness and the cancel culture isn’t the expression of passionate opinions but the expectation that everyone else should comply. This expectation is not just for their opponents but also for their own friends and families. I find the latter even more troublesome. For their opponents, they direct anger at strangers, but for their friends and families, they employ intimidation. “Wait, you don’t mean you like that Trump’s policy, right?” A question like that would scare you enough to lie, just so that you wouldn’t be a social pariah. In many republican states, now people are getting vaccinated in secret because they don’t want their friends and families to know.

This phenomenon scares me because this is how Nazi Germany became possible and how Japan coerced everyone to die for their country; the only difference is that their opponents were other nations. This is not democracy but authoritarianism. In a democracy, we are supposed to benefit from differences in opinions. In my view, authoritarian dictators like Hitler were just symbols representing the authoritarianism desired by the people. In the face of intolerable uncertainty and anxiety, people crave authority, and sooner or later, someone steps up to lead them. In that scenario, people do not want dissenters because they can bring about even more uncertainties. Dissenters are deemed “tone-deaf.”

Today in America, on both sides of the political spectrum, we are seeing this yearning for authoritarianism. When people try to intimidate me into agreeing with them on the issues I already agree with, I feel paralyzed because I do not want to endorse authoritarianism.