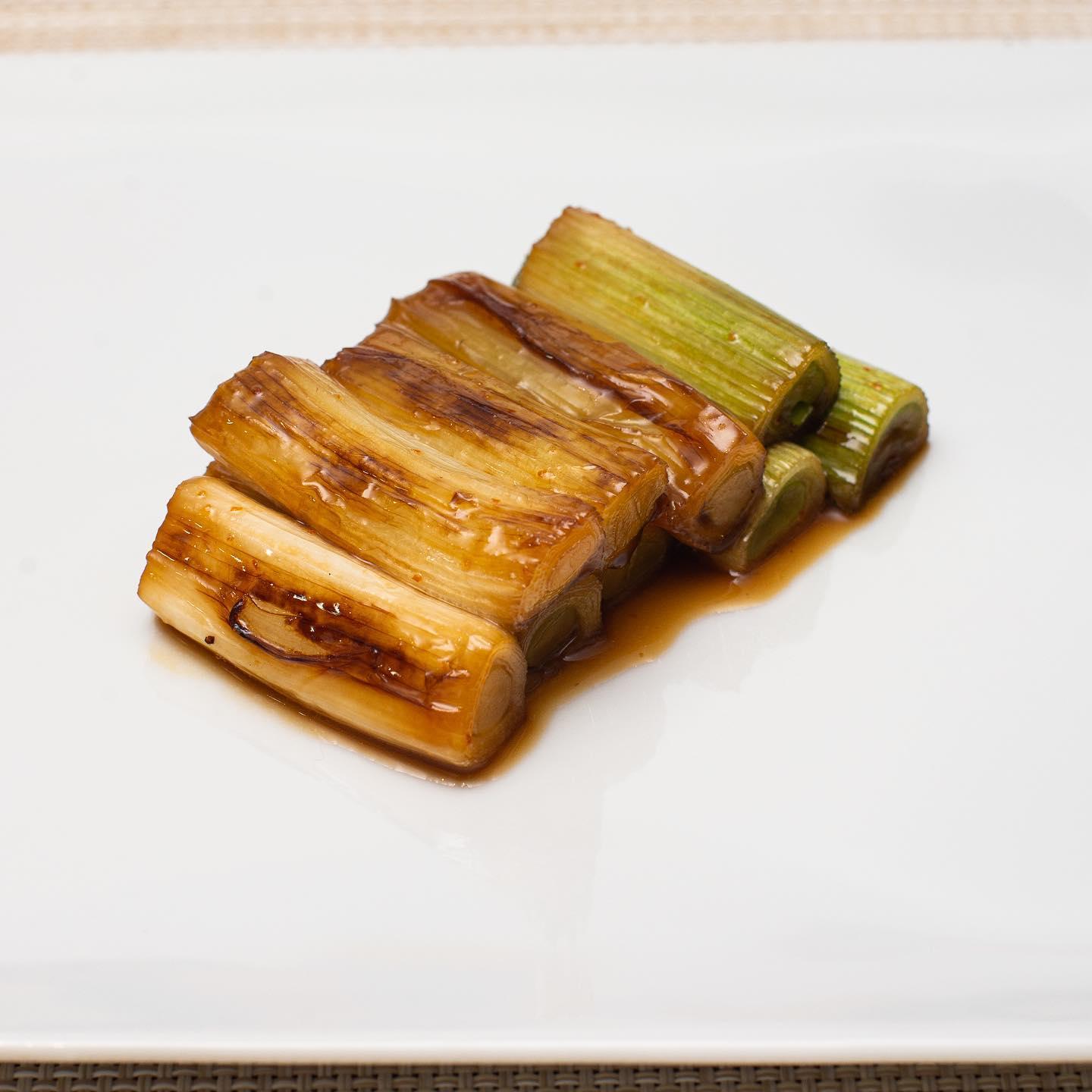 In the Japanese movie I watched about supermarkets, there was a scene where a middle-aged woman was sharing her excitement for the giant Japanese scallion she found, which inspired her to make a specific dish.

Growing up in Japan, I remember the adults getting excited about certain vegetables, like scallion, daikon, eggplant, turnip, and mushroom. I ate them regularly, too, but I did not share their excitement. McDonald’s cheeseburger seemed a lot more exciting. Oddly, now in my middle age, I too feel excited about these vegetables.

Typically in Western cuisines, vegetables play supporting roles, and meat plays lead characters. Because of this, I realized I don’t know much about how these vegetables taste by themselves. For instance, I just learned how zucchini tastes by itself. In contrast, I know how a piece of steak tastes by itself very well.

To some extent, this must be true for getting to know people. Because the lead characters of Hollywood movies are usually attractive, we know about beautiful people’s lives very well. Films like Eighth Grade and Welcome to the Dollhouse are refreshing because we rarely see stories told from the point of view of unattractive people.

When we are young, we are drawn to the shiniest objects, but we grow out of them once we see through their veneer. Cary Grant famously said, “Everyone wants to be Cary Grant. Even I want to be Cary Grant.” Lead roles in Hollywood movies are necessarily one-dimensional because they have to fulfill audience expectations. If they become too complex, they lose the audience. There is too much pressure on the lead characters to be certain ways that they cannot simply be who they are. In other words, everyone is invested in attractive people.

On the other hand, unattractive people are free to express themselves as they are, and over time, they develop unique depth and complexity. They do not have to live their lives serving others because there is less expectation for them to fill specific molds.

Beyond the glitz that attracts youth, beauty grows where we least expect it.