To determine the effect of over-crowding healthcare system, I looked at Madrid’s data. I picked a city instead of a country because the latter would dilute the effect. The data available for Spain had the numbers for currently hospitalized patients which declined over time, so I added back the numbers of “recovered” to arrive at the cumulative numbers. Because death happens some days after hospitalization, in order to see the delay, I charted the two series on their own Y-axis. Here is the chart that compares hospitalizations and deaths: 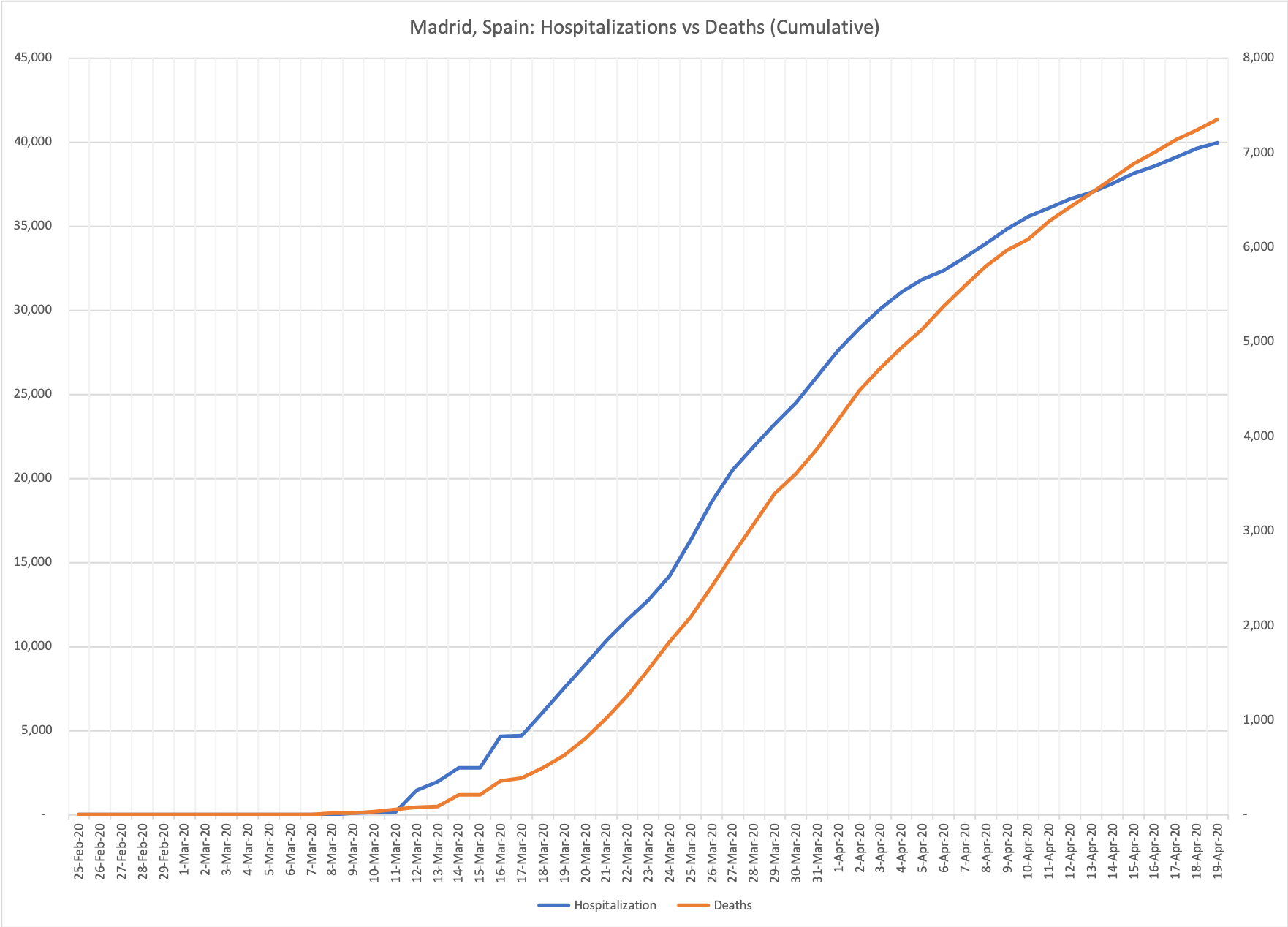 You see the delay is about 3 days. I also charted the confirmed cases against deaths, and here is what I got: 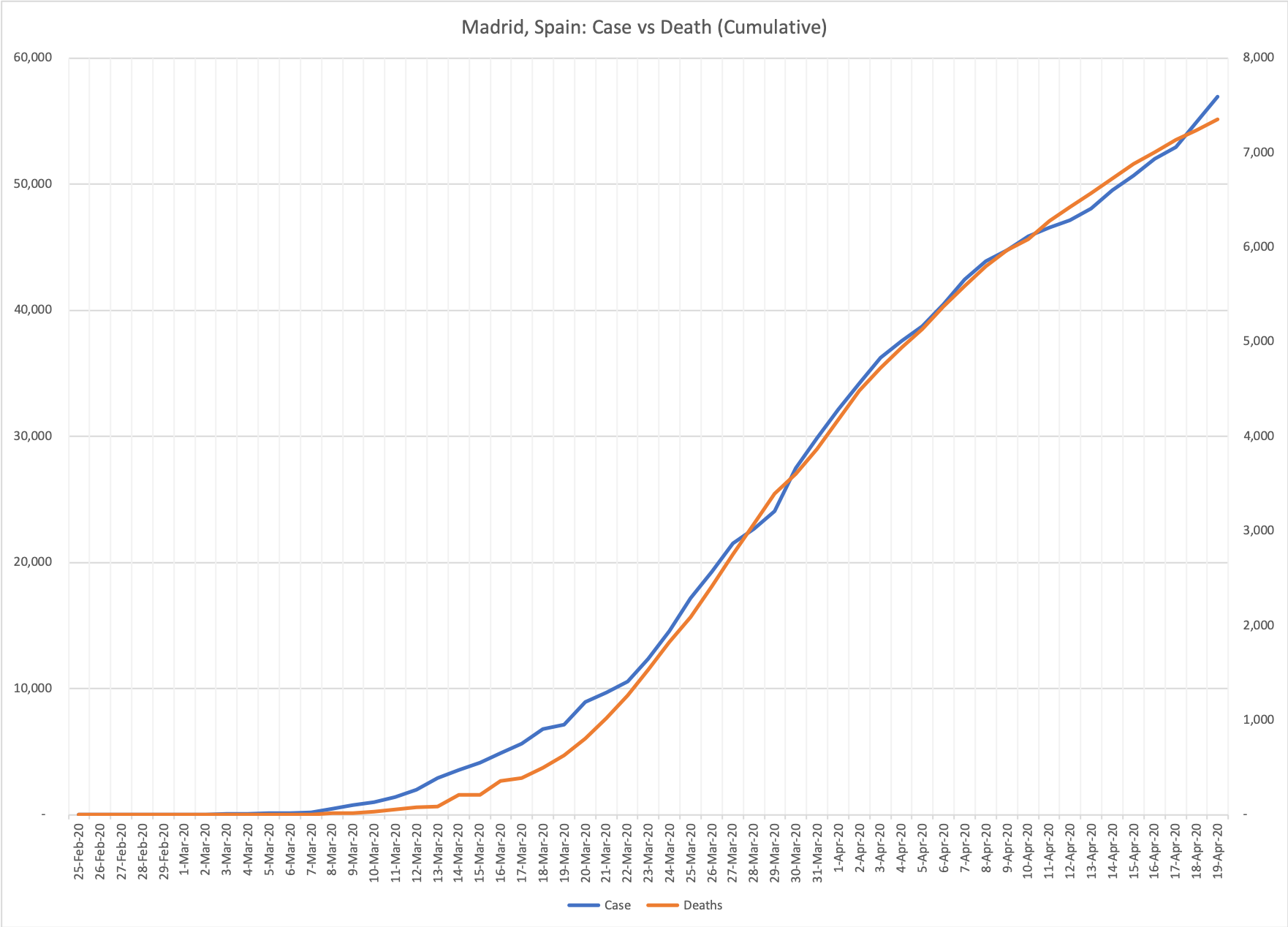 Interestingly, they line up. Because most of the confirmed cases do not end up in hospitals, we ignore this. I shifted the curve for deaths by 3 days in order to line them up. Here is the result: 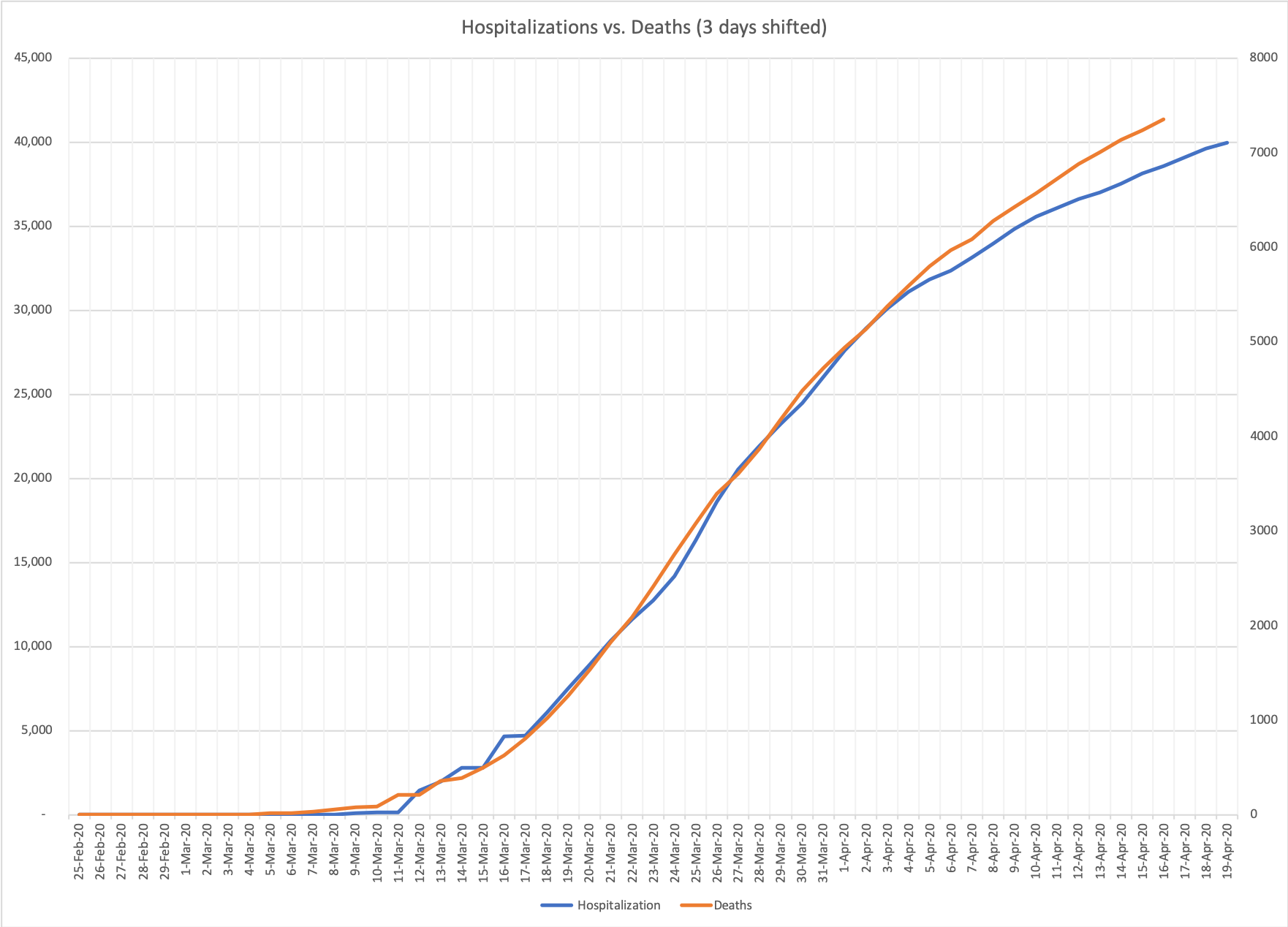 Finally, I look at the ratio of death and hospitalization: 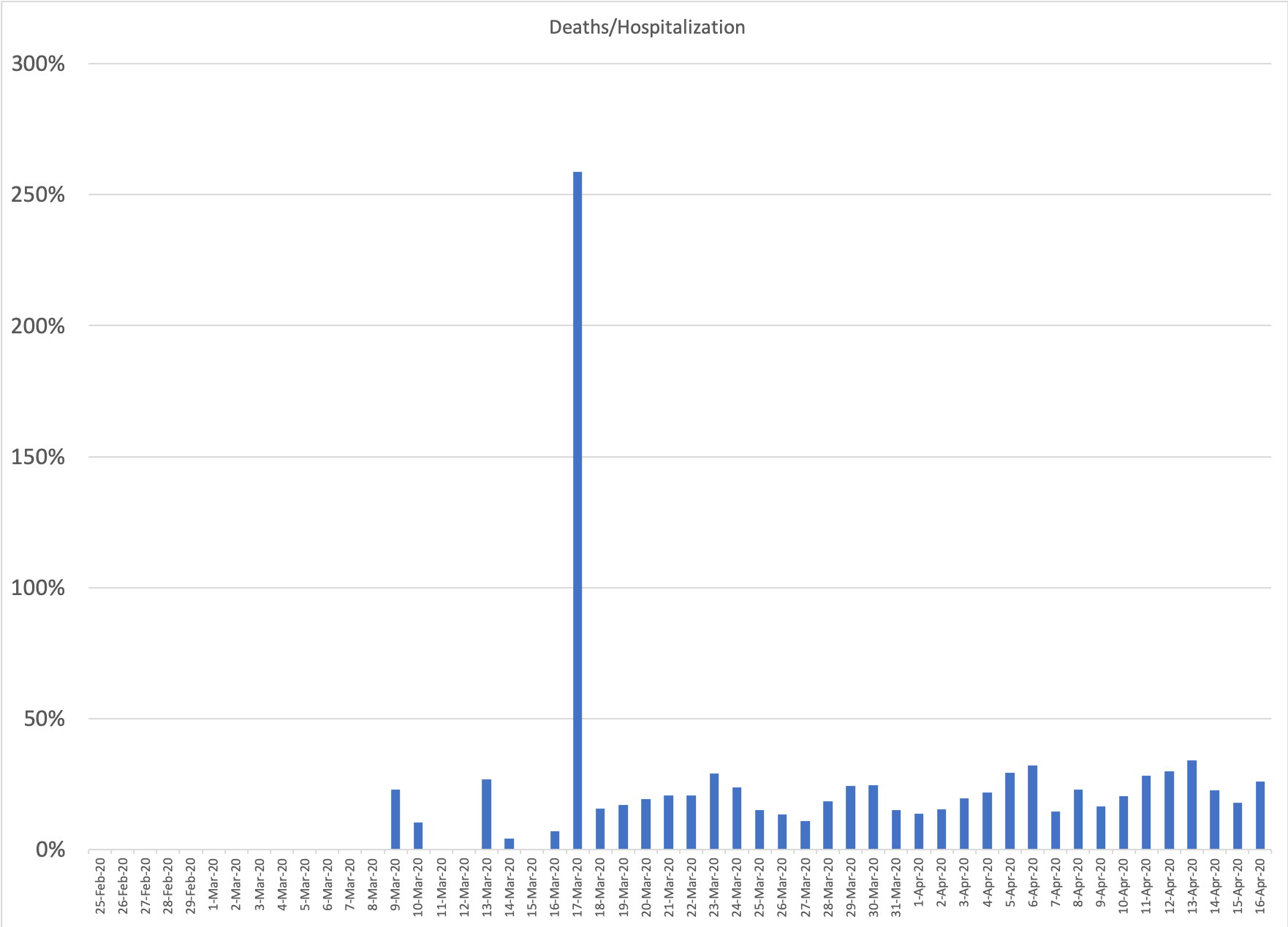 The beginning is noisy, probably because they weren’t collecting the data consistently at the beginning. So, we get rid of the noisy area and plot the rest: 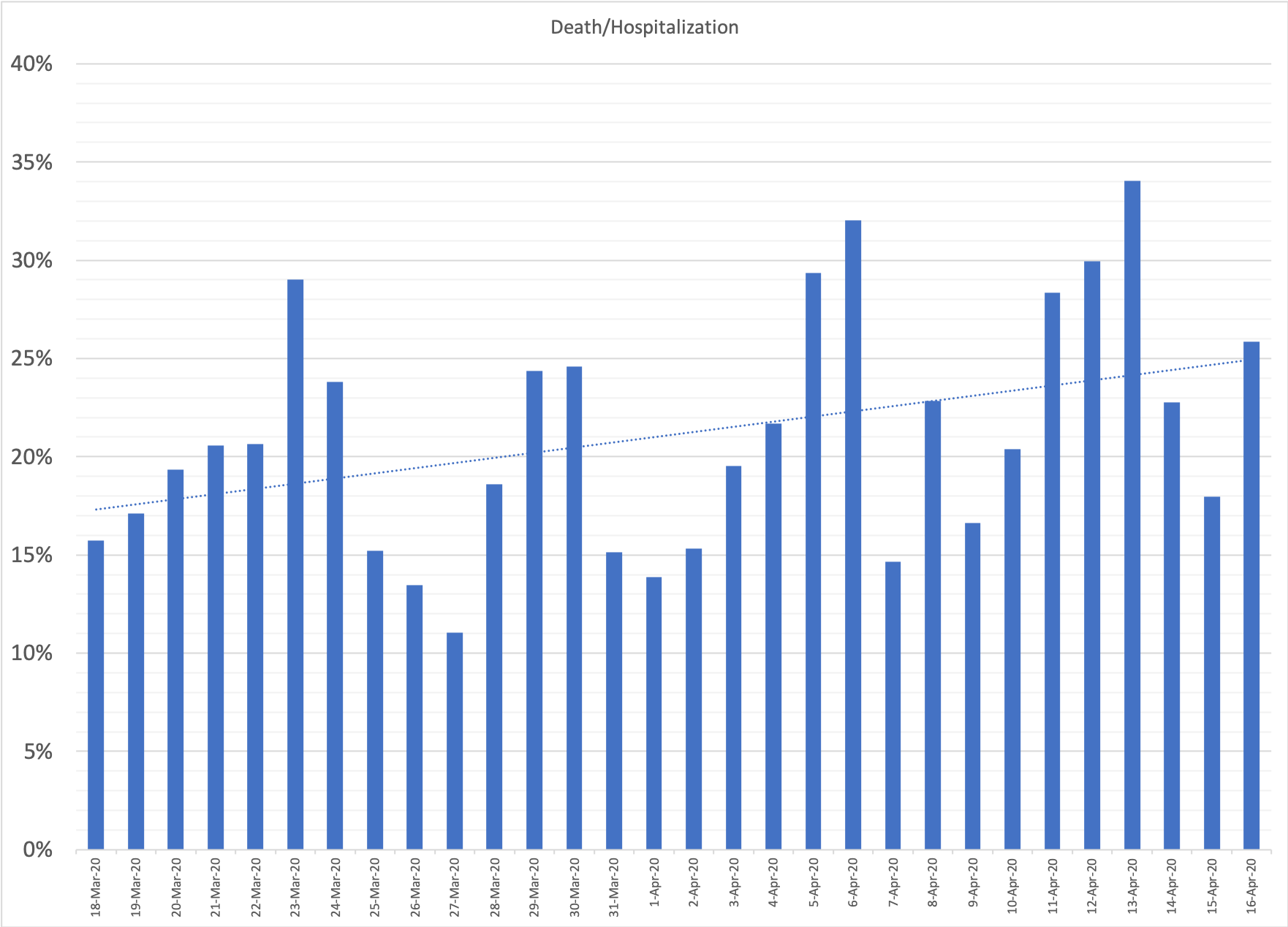 The trendline indicates that, over this specific period, the ratio increased from 17.5% to 25%, an increase of 7.5%. 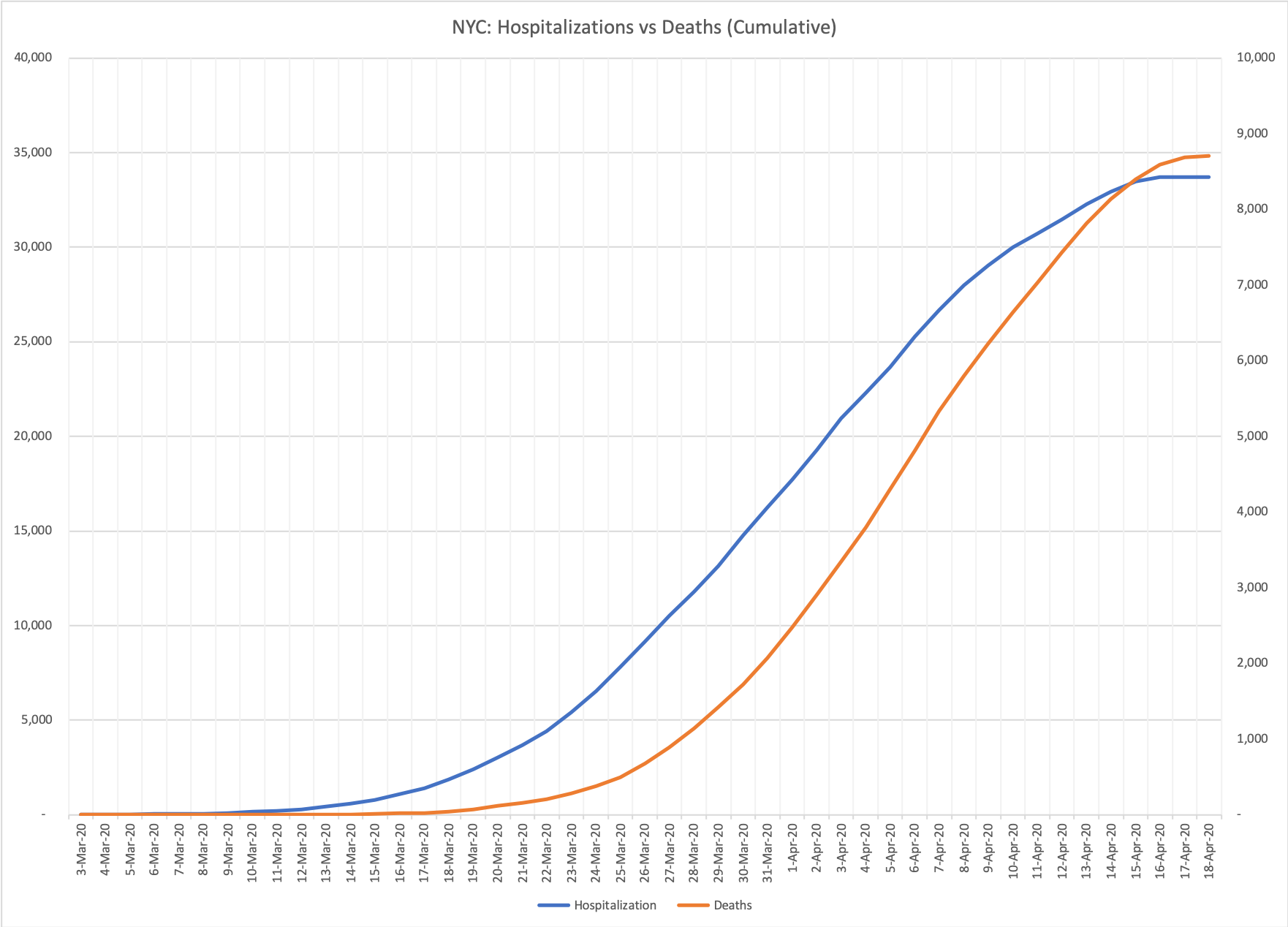 The delay for NYC is roughly 5 days, but we can see that the lag gets narrower over time. In March, it was 6 days and in April, 3 days. 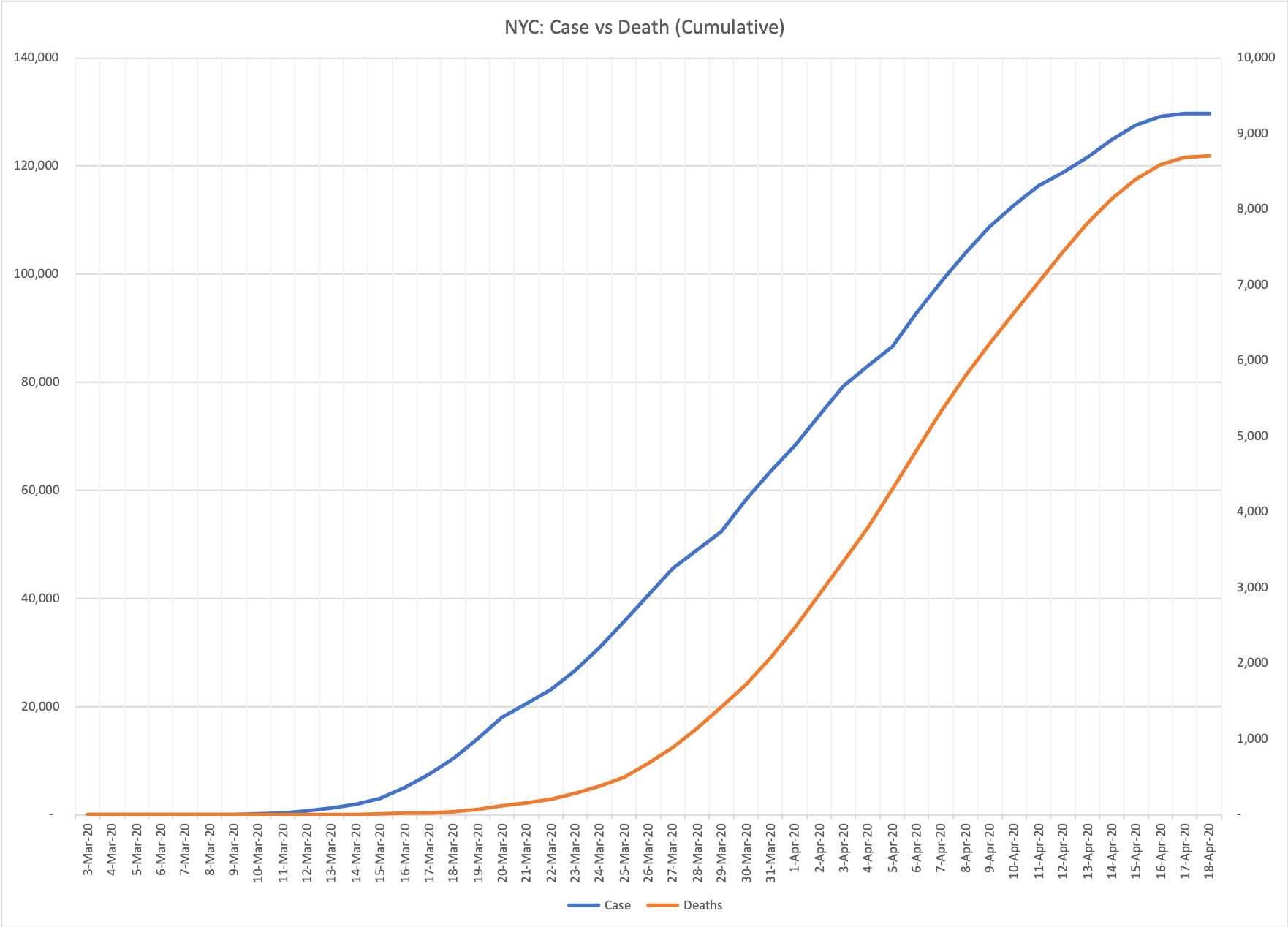 The lag between confirmed cases and deaths is larger, roughly 7 days. (Not sure why the lag for Madrid is zero.) We now shift NYC by 5 days. 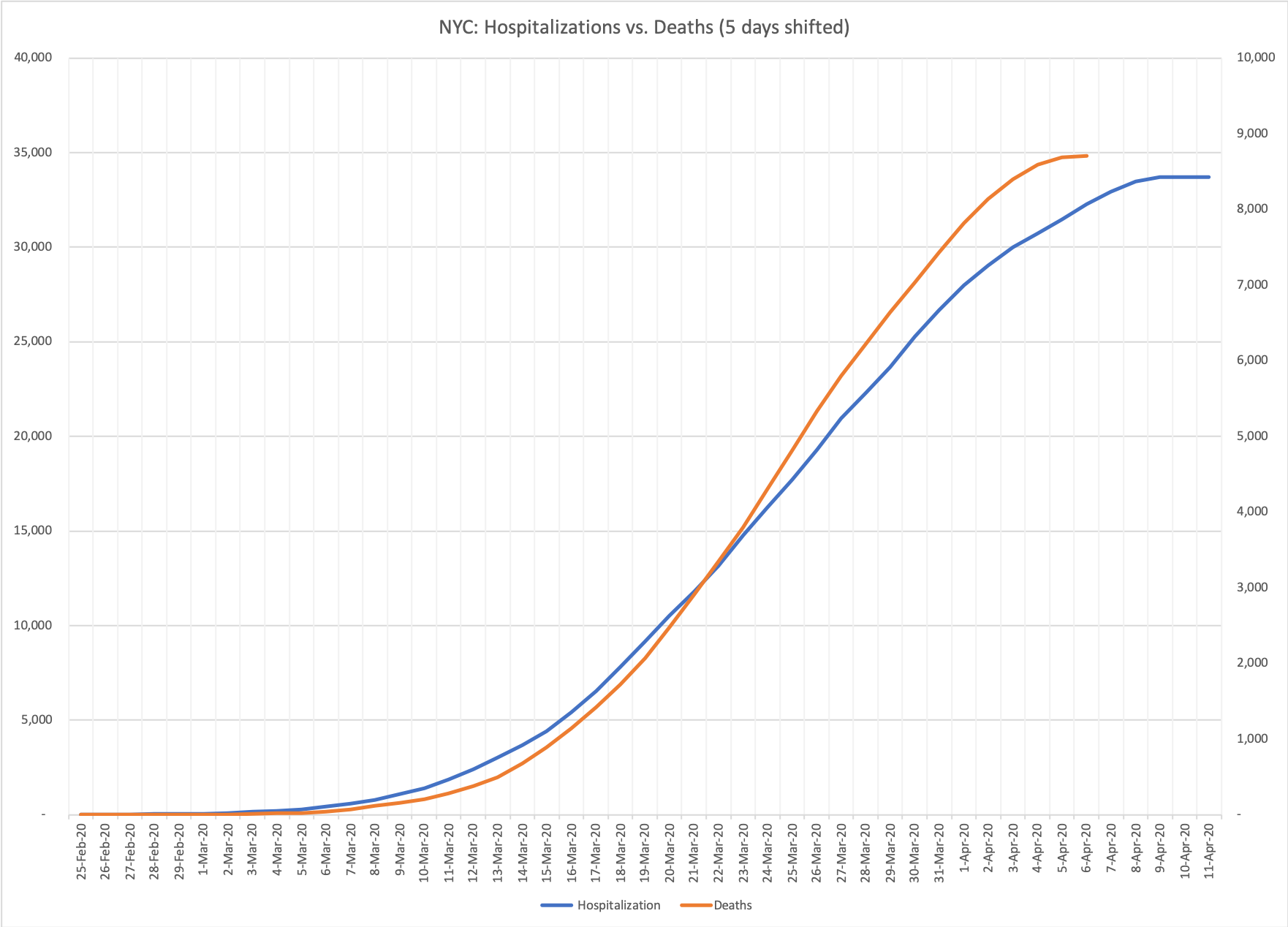 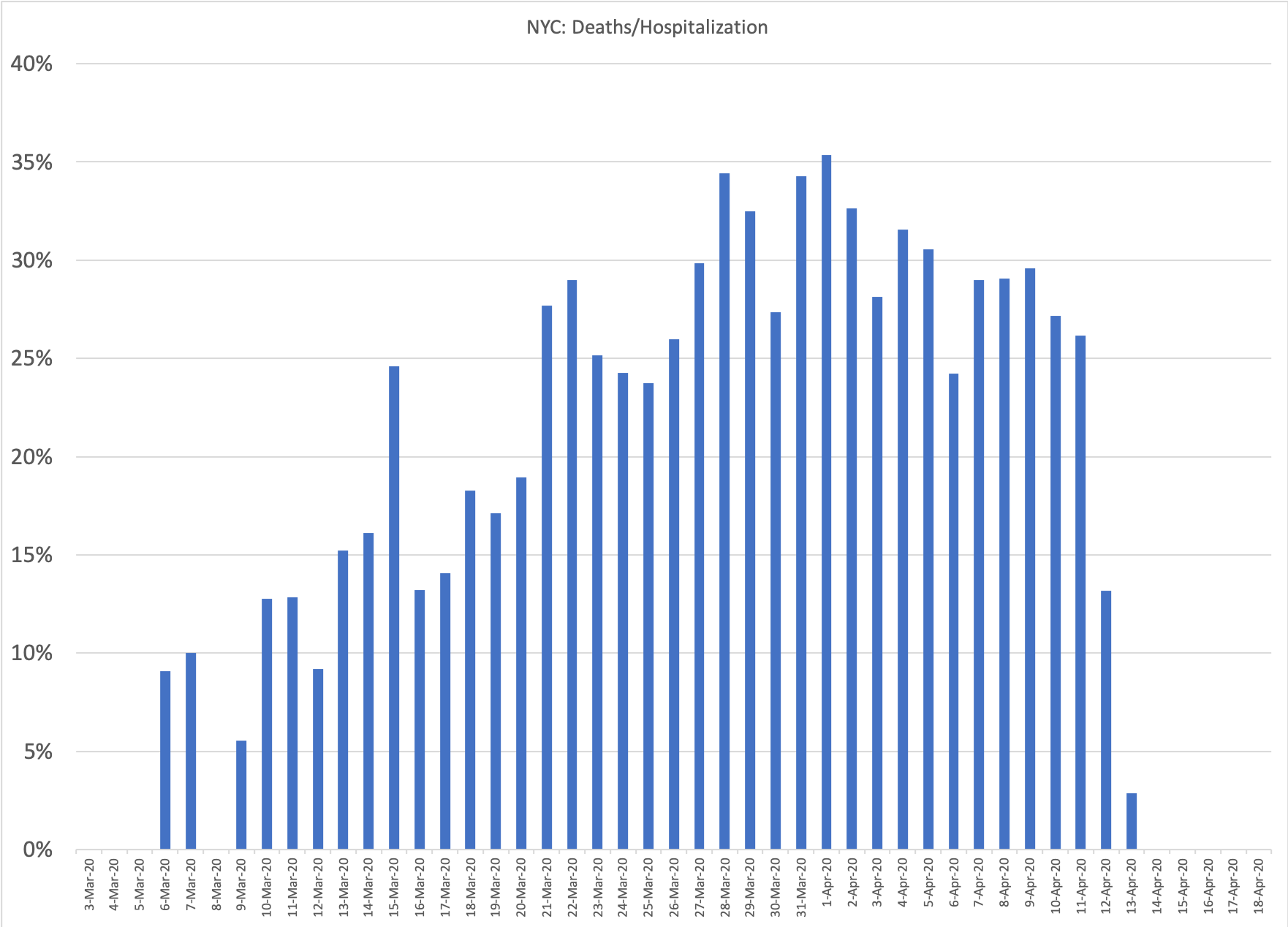 The data for recent days are incomplete for NYC, so we crop them off. We also crop off the beginning days as we did for Madrid. 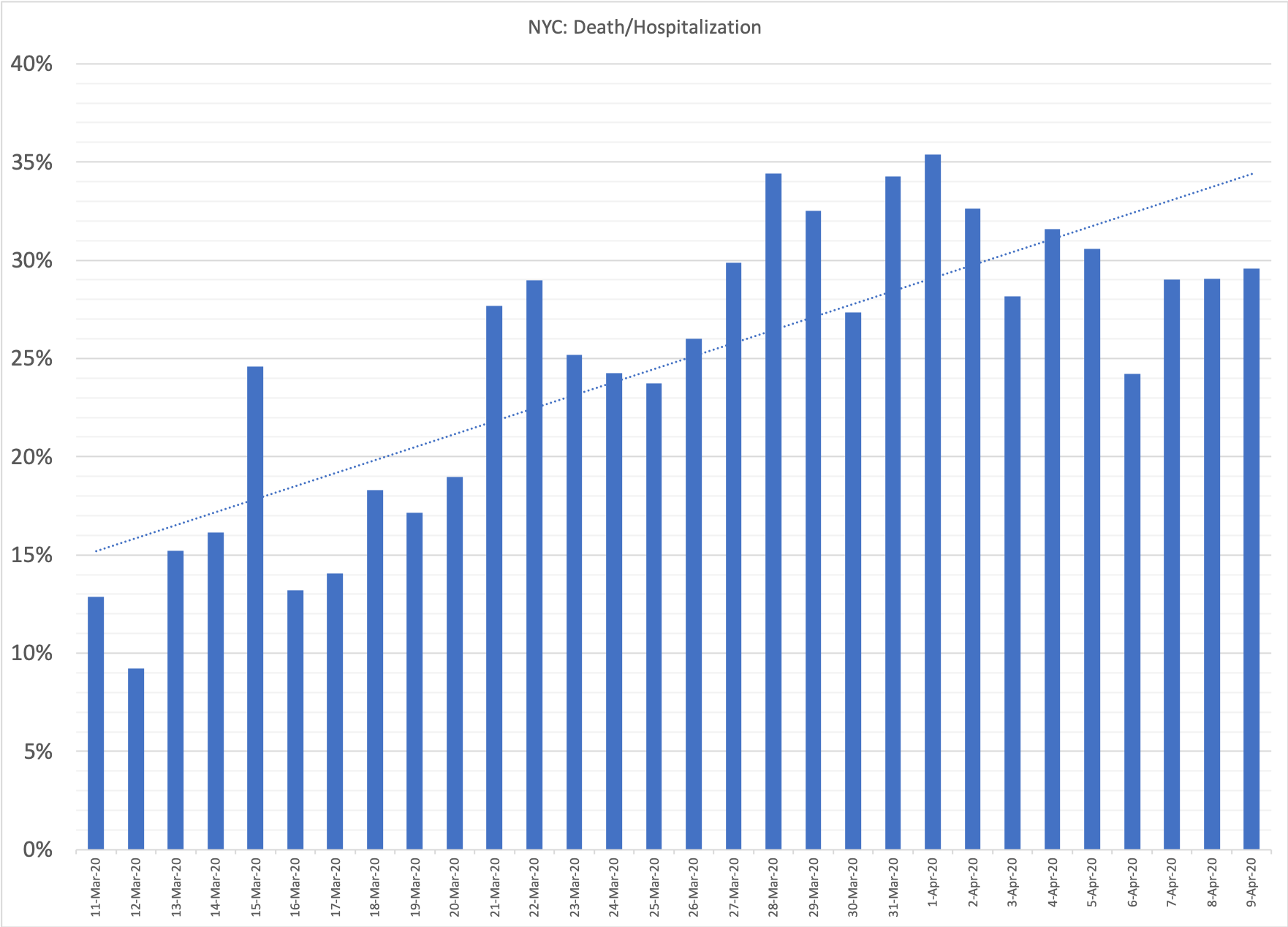