Why Left vs. Right Does Not Matter in Today’s Politics 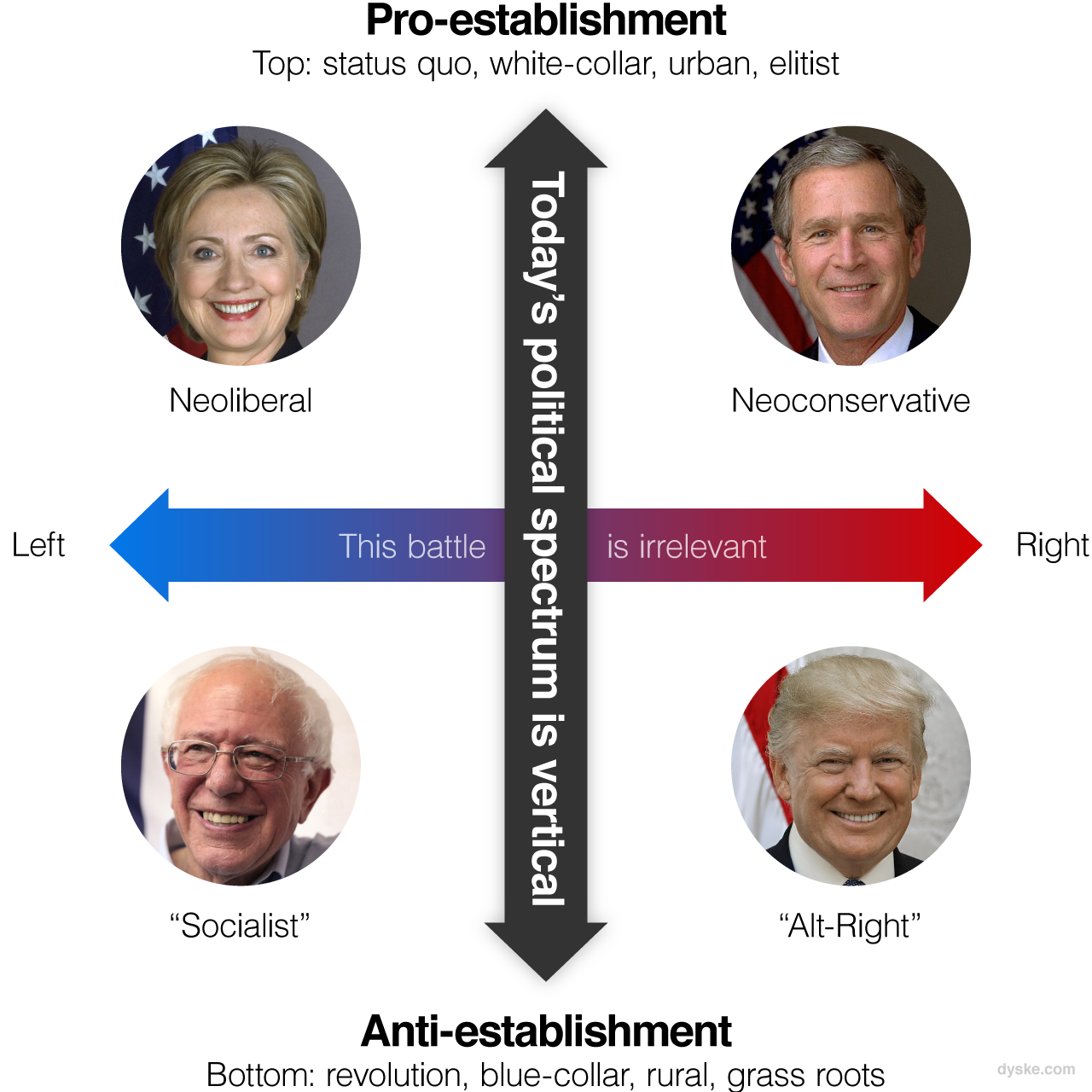 There are many reasons people vote, but, at the end of the day, American politics comes down to a choice of two. So, among many binary axes, ultimately, only one of them has the power to determine the winner. Today, it’s the pro vs. anti-establishment axis that matters the most. This means the positions on individual issues are secondary. This is also why you can make unrealistic promises; people don’t care if they actually happen or not. Both “Medicare for all” and “the wall” are highly unlikely to materialize. After all, President isn’t that powerful, but the reality is secondary to their fervor to change the culture of DC.

Yes, Hillary did win the popular votes, but that is an irrelevant point. Someone like Trump shouldn’t even get close to winning in the first place. The fact that he got close is already a significant indication that the anti-establishment sentiment is now ruling the political equation.

Trump supporters did not necessarily vote for his specific positions on individual issues. Today, political issues are used merely as chess pieces; the objective isn’t to care about any specific pieces but to win the game. The ultimate goal of Trump supporters was to “drain the swamp.” The supporters of Bernie Sanders are essentially doing the same. That is why both Trump and Sanders are threats to their own parties.

Those with strong anti-establishment sentiment have been struggling for a long time. Many of them voted for Obama, but he turned out to be pro-establishment, so they continued to struggle. Trump, then, became their only alternative and hope for change. What he stood for became secondary. In this way, those in the bottom political spectrum are willing to switch between left and right. This also explains why they vote against their own interest, or at least, so it looks from the perspective of urban elites.

Because these people are a sizable percentage of the US population, they determine the winners. All the others have always voted and will always vote along the party lines. They do not matter for campaign strategies.

When you look at the candidates along the vertical axis, it’s clear that Bernie Sanders is the most winnable candidate. But because forecasters keep analyzing along the horizontal axis, before Iowa and New Hampshire, they would naturally predict Biden and Warren to be the frontrunners. But they were surprised by the outcome.