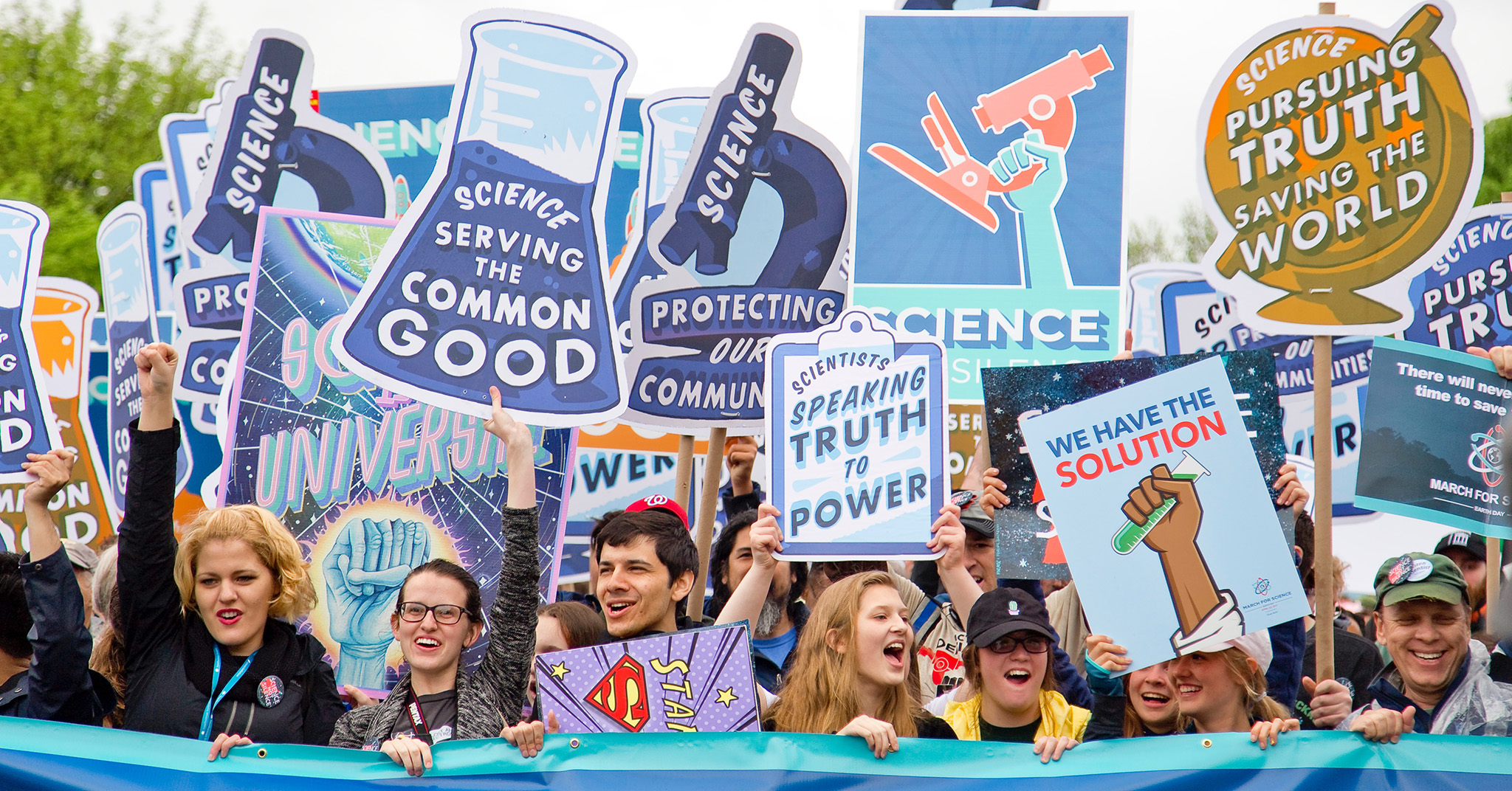 Photo by Vlad Tchompalov on Unsplash

No, Politics Is Not About Truth

Growing up in Japan, I was dismissed by everyone around me, especially by adults, as a naive kid, whenever I tried to settle a disagreement by logically proving them wrong. Japanese people see truth as a subjective construct. An apt illustration of this is Akira Kurosawa’s Rashomon, where the same event was witnessed by four different people with contradictory accounts. The truth never emerges in the film.

The reason there are so few lawyers per capita in Japan is that, when they face conflicts, they tend to immediately negotiate for compromises acceptable to both parties. In the US, countless lawyers are necessary because compromise is the last resort when objectivity cannot determine the winners and losers.

The Japanese see legal contracts as expressing the general spirit of the business arrangement. In a conflict, if you were to point your finger at a specific sentence to prove that you are right and they are wrong, you would be seen as being unreasonable. “The Geography of Thought: How Asians and Westerners Think Differently...and Why” by Richard E. Nisbett provides some great examples of this type of difference.

Disagreements are annoying only if you believe in the existence of objective truth. Let me illustrate this with some elementary examples of disagreement.

I say my favorite color is blue. You say yours is green. We could describe this as a disagreement, but it would not annoy or frustrate us. Why? Because we have a mutual understanding that preference for color is entirely subjective. Let’s say we have to pick a color for the car we will be sharing. It would be a waste of time for me to logically argue with you that blue is superior to green.

In contrast, I say “1 plus 1 is 3,” and you say “1 plus 1 is 2.” If I said to you, “Yeah, 2 is cool too, but I like 3 better,” you would be annoyed. Why? Because, in this case, it is not a disagreement between you and me, but between me and the “objective” truth which you believe is on your side. In other words, there are three parties involved: You, me, and the truth. You and I do not determine the answer; the truth does. That is, we yield to something external to and independent of us.

As objective as the latter sounds, ultimately, it can work only if both parties agree on using mathematics as the rule to settle the disagreement. If by “1 plus 1 is 3″ I mean the fact that when two people fall in love, they tend to have a child, or the synergetic effect of teamwork, it would have some truth to it, despite it being mathematically wrong. In this way, “the truth” is still contingent on the fundamental rules we agree to play by, and in most cases, we are not even aware of the rules we are agreeing to abide by. If we do not have an agreement on the fundamental rules, we cannot arrive at any truth.

In other words, the third party we are appealing to isn’t actually independent of us. Since we do not have any obligation to agree on the fundamental rules, even the disagreements that appear to be solvable through objective means are still subjective. The truth is an illusory effect of the system of rules. Like in the game of chess, only by agreeing to play by its rules, can we determine any moves to be “right” or “wrong.” Since the truth is contingent on the system it belongs to, the truth value of the system itself cannot be validated without relying on yet another system. In this way, there is no end to stepping back in order to be objective. Objectivity is a fantasy or a religion.

Herein lies the crux of the disagreements between Democrats and Republicans in American politics. The question is this: For politics, what is the fundamental system of rules we agree to play by? We have no explicit agreement, but Democrats tend to assume science, while Republicans tend to assume religion. It’s easier for Republicans to understand the difference in our fundamental assumptions because they too study and use science and math. The trickier challenge is to convince Democrats that their assumption is ultimately also religious. After all, what is the difference between those who live by science and those who live by the words of God, if the former cannot prove the existence of objectivity?—that is, without relying on scientific methods.

Science is a perpetually self-revising system. What is true today will inevitably become false in the future. And, a scientific fact can always be interpreted incorrectly. To force others to conform by using scientific facts (or your interpretation of them) is a form of fascism, like Social Darwinism.

In fighting for gay rights, the gay community used to use biological arguments to defend their position, which worked well in convincing the public. But their “born this way” argument eventually backfired. Cynthia Nixon angered the gay community when she came out and claimed that she was gay by choice as it proved that homophobes were right. Even today, in gender politics, many people are using genetic science to defend the nonbinary nature of gender. Their reliance on science will eventually backfire because politics (fighting for rights) is not about scientific truth. If someone wants to identify themselves as something we’ve never heard of, it’s not our business to tell them yes or no. Their desire to take on a specific identity and live a specific lifestyle is their right regardless of what science says.

Money is the greatest motivating factor in US politics today, but if we are to abstract it further, it’s our desires. At smaller scales, there are communities where money is not the primary motivating factor for politics. For instance, within a church or university, people tend to fight for recognition and prestige, that is, social and cultural capital. Regardless of the motivation, in politics, different people’s desires conflict, and a political system is designed to resolve or synthesize them so that we can move on and make progress.

In science, conflicts are not between desires but between facts or pieces of evidence. Democrats tend to assume that political conflicts should be resolved by facts also. They often invoke science in order to coerce Republicans into submission, but politics is not conflicts of facts but of desires. It is not given that we should rely on objective facts to resolve disagreements.

The unfortunate consequence of this assumption is seen in the Climate Change debate. Naomi Klein recounts how both sides of the political aisle used to agree on the issue in the 80s, but as it was politicized by Democrats, Republicans changed their position on it. In the same way, every issue in the US becomes a positional argument because both sides seem to have the need to prove their own superiority. Once an argument becomes positional, winning or saving face becomes more important than what is true or false. Even the basic issues we used to agree on, cannot be agreed on now.

From my perspective, for critical problems like Climate Change, we should be doing everything we can to prevent it from becoming positional. But the urban, educated liberals love making fun of how stupid Republicans are, which leads to the latter voting against their own interests because it becomes a matter of principle for them. I’m glad Jon Stewart stopped.

The Trump administration can get away with anything (at least so it seems so far) because of the backlash against the tyranny of “objectivity.” In the Climate Change debate, Democrats forced science down the Republican throat, essentially saying to them, “If you don’t agree with everything we want, it means you don’t believe in science, which would mean you are stupid.” After constant threats against their intelligence, Republicans gave up saying, as it were, “OK, we don’t care. Fine, call us stupid. Whatever.” At this point, it doesn’t matter if anything makes sense, true or false. But Democrats keep holding on to the hope that Republicans can come to their senses and embrace their God (i.e. Science) once again.

The fact that Donald Trump is in the White House is a backlash, not against the black president, but against scientific fascism. Trump won the election, not because he is a deeply religious man (far from it), but because he sees every conflict as a conflict of desires, not of facts. He does not love scientific problems but loves negotiations. For him, facts and truths are secondary to human desires.

Setting aside his political ideologies (practically none of which align with mine), we have to give him credit for understanding what people want. There is much to be learned from what he does, and the way to defeat him would be to learn from him as painful as it may sound. Winning in today’s politics is almost entirely independent of the ideologies of the candidates. How to win the audience/voters needs to be studied independently of what they are selling. It’s very much like how standardized tests work; just because you can score high on them does not mean you are smarter than those below you. It simply means you are good at taking tests. It just measures your test-taking abilities. Democrats are too distracted by Trump’s ideologies. A good salesman can sell anything; his sales skills need to be analyzed separately from the products he is selling.

Trump made news media practically irrelevant. He bypasses the media and speaks straight to his audience. The media used to be the gatekeeper of information, but they are not able to function as such anymore. The president and the masses began talking to each other without them. The media is now panicking and saying, “Hold on! You can’t talk to each other directly. You need to go through us!” But the two parties are pushing the media aside and ignoring them. All that the media can do now is to eavesdrop on the conversations between the president and his audience, and recount what they talked about. It is indeed an irrelevant role. In a way, the masses have become the gatekeeper for the media. The media used to be able to arouse reactions in the masses, but now, they can only react to the masses after the president directly communicates with them.

But is this a bad thing? Trump bypasses not only the media but also his press secretary. He doesn’t mediate his communication. It comes directly from his head to the masses. Would people be upset if all the other politicians did the same? I would argue that this is a model that should be followed by all politicians, but most of them won’t be able to.

Politicians used to be the source/origin of political ideologies to which people subscribed. The process has now been reversed. Politicians conduct market research and identify the dominant ideologies to which they subscribe in order to win. In other words, they don’t mean what they say. They are simply feeding what people want to hear. But, because this process requires market research, polling, and testing, politicians cannot talk spontaneously to their audience, as they are not the source of the ideologies they pretend to fight for.

A Democratic candidate similar to Trump in this respect is Bernie Sanders, who also lacks an elitist vibe. Unlike Obama and Clinton, he does not flaunt his intelligence. In listening to him talk, you get a sense that he wouldn’t bully you into submission intellectually. Like Trump, Sanders promises policies that do not seem to be grounded in reality. I believe this is what many Americans are looking for; a leader who fights not for some objective truth but for what they want.