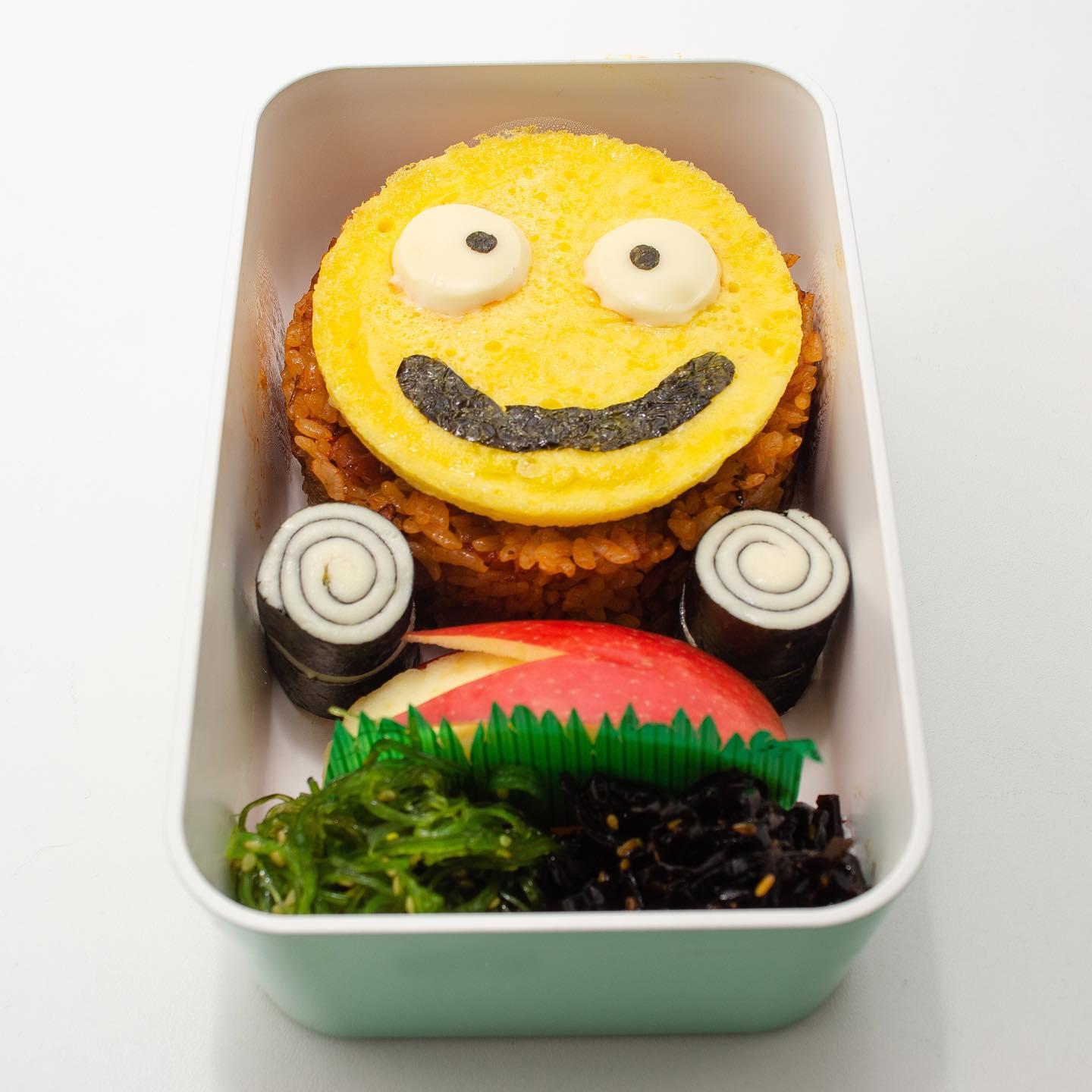 My kid made a new friend at her high school who is half Japanese. Her mother makes a beautiful bento box for lunch, and my kid is envious of it. I used to make her lunch every day when she was in primary school, but she had no appreciation for it then.

Last week, she started an Instagram account dedicated to her friend’s bento box: @sanas.lunch If you were a student in Japan, you would want this kind of bento box just so that your friends know your mom loves you.

The first time I saw what American kids bring to school for lunch, I was shocked. In Japan, if you as a mother wanted everyone to know that you don’t love your child, you could make a typical American lunch.

My kid asked me to make a bento box like her friend’s; the result is what you see in the photo above. I did some research on the Internet about the latest bento trends in Japan. As you probably know, some Japanese people obsess over this sort of things. I don’t know when this started, but there is a type of bento called “kyaraben” #キャラ弁 a shortened form of “character bento” which features popular cartoon characters. Some of them look so elaborate that I would imagine you would need at least several hours to make it. You are probably thinking, “Who has time for that?” As efficient as the Japanese are, when it comes to craftsmanship, the question of time-efficiency somehow goes out of the window. There are two separate parts of their brains that mutually respect the domain of the other: the German part and the French part. Once they determine that the nature of what they are doing is French, the German part leaves it alone.

I often find myself obsessing over this type of pointless pursuit of virtuosity. I know it won’t lead to a career, fame, or money. Objectively speaking, it’s a total waste of time. My wife, being 100% American, cannot even begin to understand this kind of drive. My daughter doesn’t either. Obviously, it’s not genetic.

I think it’s because Zen Buddhism crushed every attempt to construct meaning out of life. A Japanese mind sees purpose as a pragmatic mental device, like the division of a day into 24 segments. So, it is free to engage in a pointless pursuit.