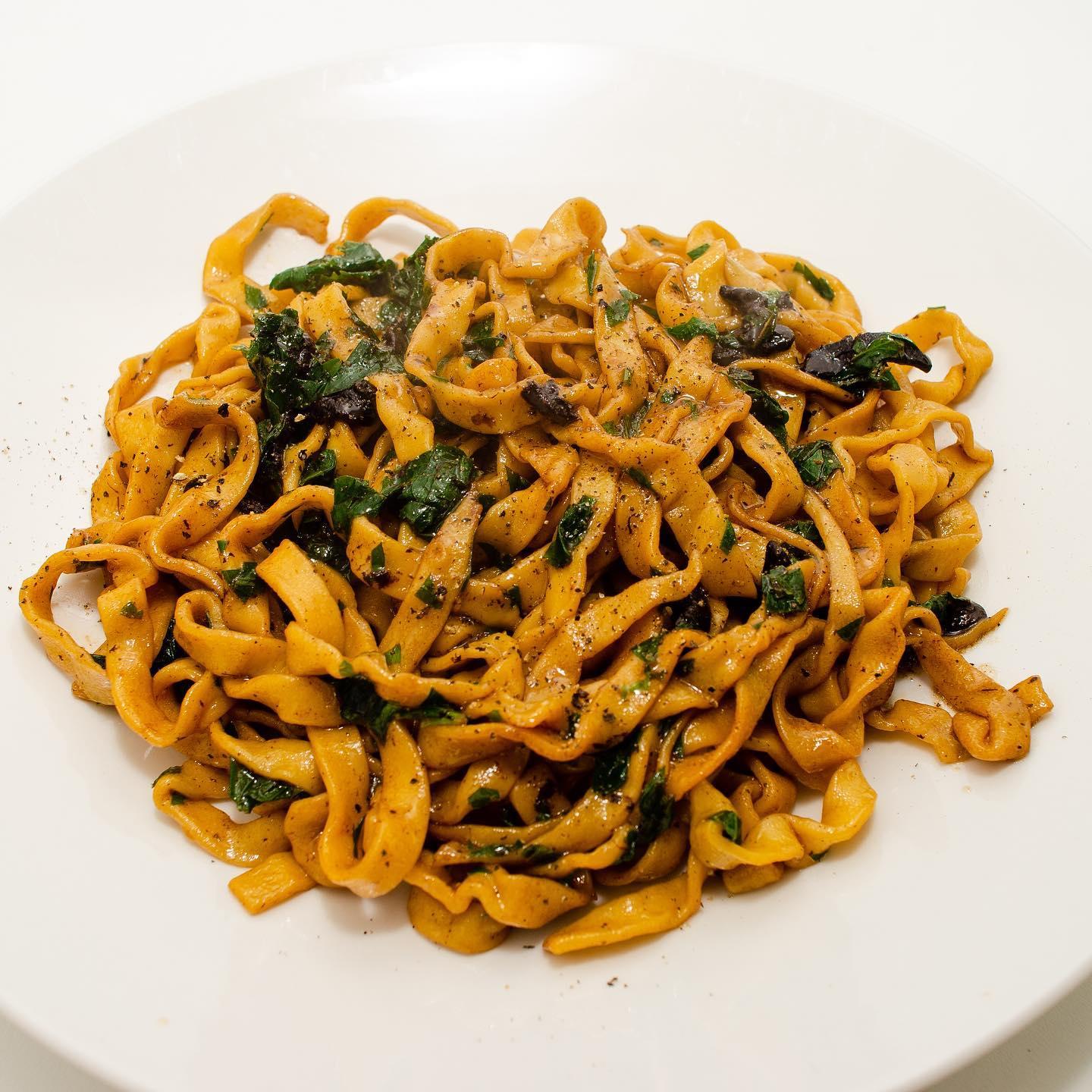 Curiously, I heard that many white foodies online share this experience where they are harshly attacked by Asian foodies if they talk too authoritatively about Asian food. Apparently, some would go as far as to claim that the understanding of Asian food is in their DNA. This is contradicted by my Korean-American friend who was adopted by a white couple and did not experience kimchi until in his 20s. I asked him if he felt any special connection to it; he said no.

I made the pasta pictured above from scratch. Me being Asian, it’s likely that many people would perceive it inferior to pasta made by a native Italian. Someone recently told me that he was shocked to learn that the executive chefs at some of the best French restaurants in France were Japanese. I would have to admit that I would, in fact, feel disappointed if I didn’t see a French-looking white chef in the kitchen (especially if I traveled all the way from Japan). I sometimes feel disappointed if my doctor is not Jewish.

Catching yourself feeling this way is unpleasant because you know these feelings are wrong. You might repress them so quickly that you don’t even notice them, and conveniently deny having such prejudice. But denial would never lead to any solutions. The first step in solving any problem is to acknowledge that you have a problem.

But there are times where such prejudice can be openly expressed because the cultural environment is accepting of it; you feel safe to do so. Asian foodies attacking white foodies is an example of it. If you think about it rationally, it’s just as wrong as thinking that only white French men can be exceptional French chefs, or only white men could be competent CEOs.

The vitriol likely stems from the fact that white men often benefit from the perceived (undeserved) authority in many aspects of life. So, when some of them talk about Asian food, it becomes a trigger. Unconsciously, they are feeling: “I’m not going to allow this white guy to look like an authority on MY food!” But we cannot fight prejudice with prejudice. The problem would worsen because it would legitimize prejudice in the act of doing so.