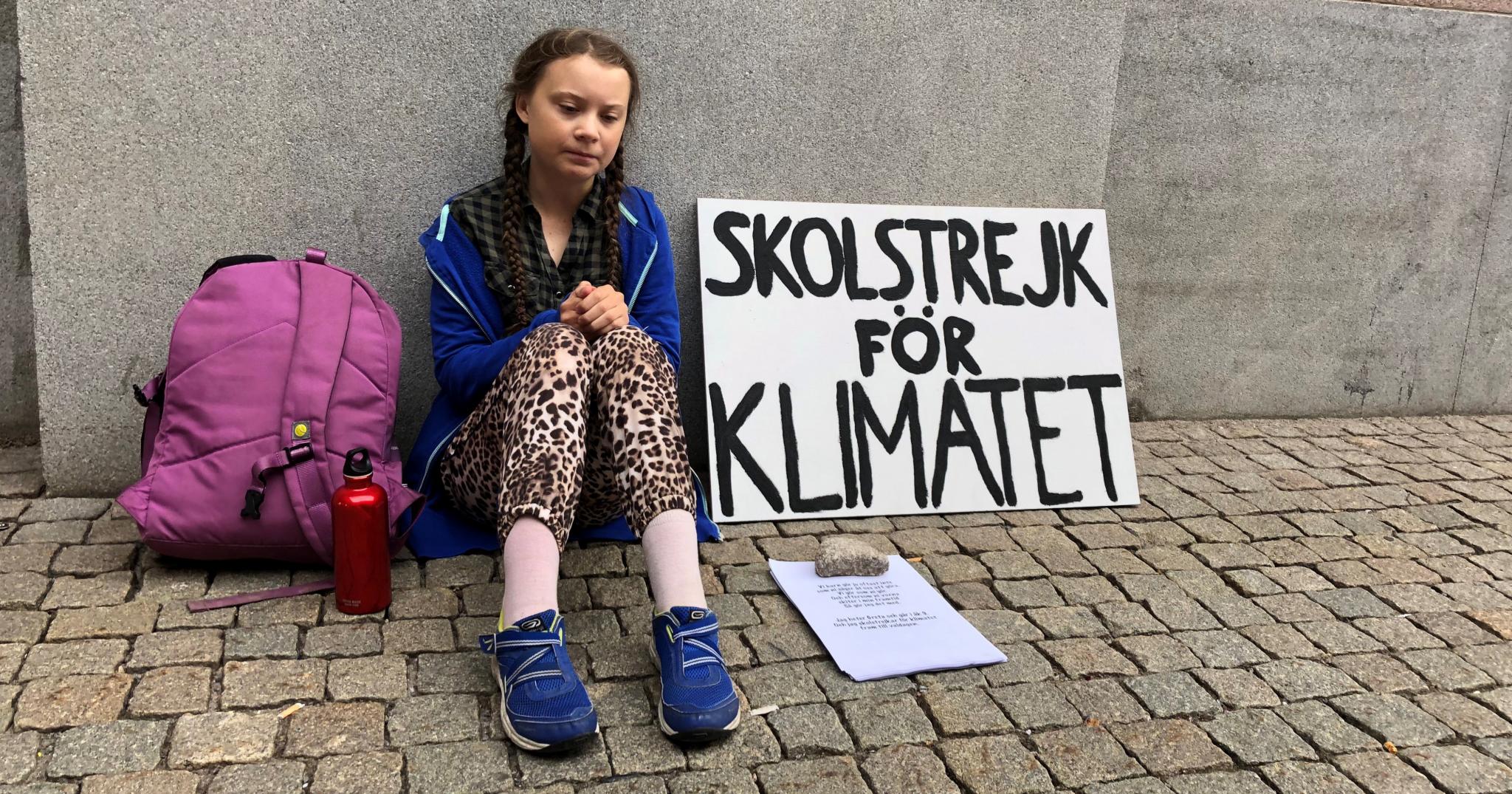 Derek Sivers, in his TED talk titled “How to Start a Movement,” presented a video of a topless guy dancing alone in a park. Another guy followed and started dancing with him. Slowly others joined, and eventually, it reached a tipping point where everyone rushed to join. Sivers used this video to demonstrate what leadership is. It is a brilliant illustration of it. Most people enjoy dancing, but dancing alone looks foolish, yet someone has to start it. That’s where leadership comes in. Someone has to be willing to take the risk of making a fool out of himself.

That is exactly what Greta Thunberg did. It’s not like other kids around her age didn’t know about Climate Change. At my daughter’s schools in New York City, it has been very much in the air for over a decade. Why didn’t any of them protest before? Because they didn’t want to make a fool out of themselves by protesting alone. The progression of Greta’s movement echoes perfectly what happened in Derek Sivers’ video.

Now, what enabled Greta to do what other kids couldn’t? I don’t think it’s a coincidence that she is autistic. Neurotypical brains are designed to prioritize social conformity over reason. It’s not that typical Germans didn’t know that what was happening to the Jews during WWII was wrong; they simply prioritized conformity over their internal moral compass.

Autistic brains do not, which means an autistic person would say what she believes to be right or wrong regardless of how it affects the feelings of others. This is what enabled Greta to defy even her own parents’ advice. She wouldn’t care even if the whole world laughed at her for protesting alone.

This does not mean that autistic people are always right. In fact, I would assume that half of them are wrong, just like everyone else. And, this is where the problem of conformity comes in. There is nothing wrong with following a leader if you truly believe in the cause, but neurotypical brains tend to conform, not follow, because conformity gives them a euphoric feeling of belonging. The cause becomes secondary to this feeling, so they are likely to conform to the majority of their friends even if the leader is misguided.

Much of today’s politics is motivated by this sense of belonging. It’s not about what is right, necessary, or makes sense. It’s about belonging. This is why, if you take a typical Democrat in New York City, she supports pretty much everything the Democratic party supports. She endorses the whole package as if they all happen to align with her personal views by accident.

I came across a video where the interviewer asked random Democrats on the street if they support the specific solutions Bernie Sanders proposed. They all said yes, but then the interviewer revealed afterward that they were actually solutions proposed by Republican candidates. It’s easy to fool neurotypical brains in this way because they don’t critically evaluate individual issues. Because their primary motive is the euphoric feeling of belonging, there would be no point in doing their own research and thinking.

Just because someone is supporting the same cause you care about, doesn’t mean it’s a good thing. The motive matters more. If these kids are simply following the herd because it makes them feel good, we as parents would be raising mindless automatons who would conform to whatever is currently fashionable. This leads to a highly divided society where there are no nuanced opinions in between. It’s simply “us against them” because there is no need for a diversity of opinions if the ultimate motive is the euphoric feeling of belonging. In fact, the fewer would be better because each side could be larger and produce a greater feeling of euphoria.

What we should learn from Greta Thunberg is her courage to think critically and independently. If we are just joining her dance party, we would be doing exactly the opposite of what she did.