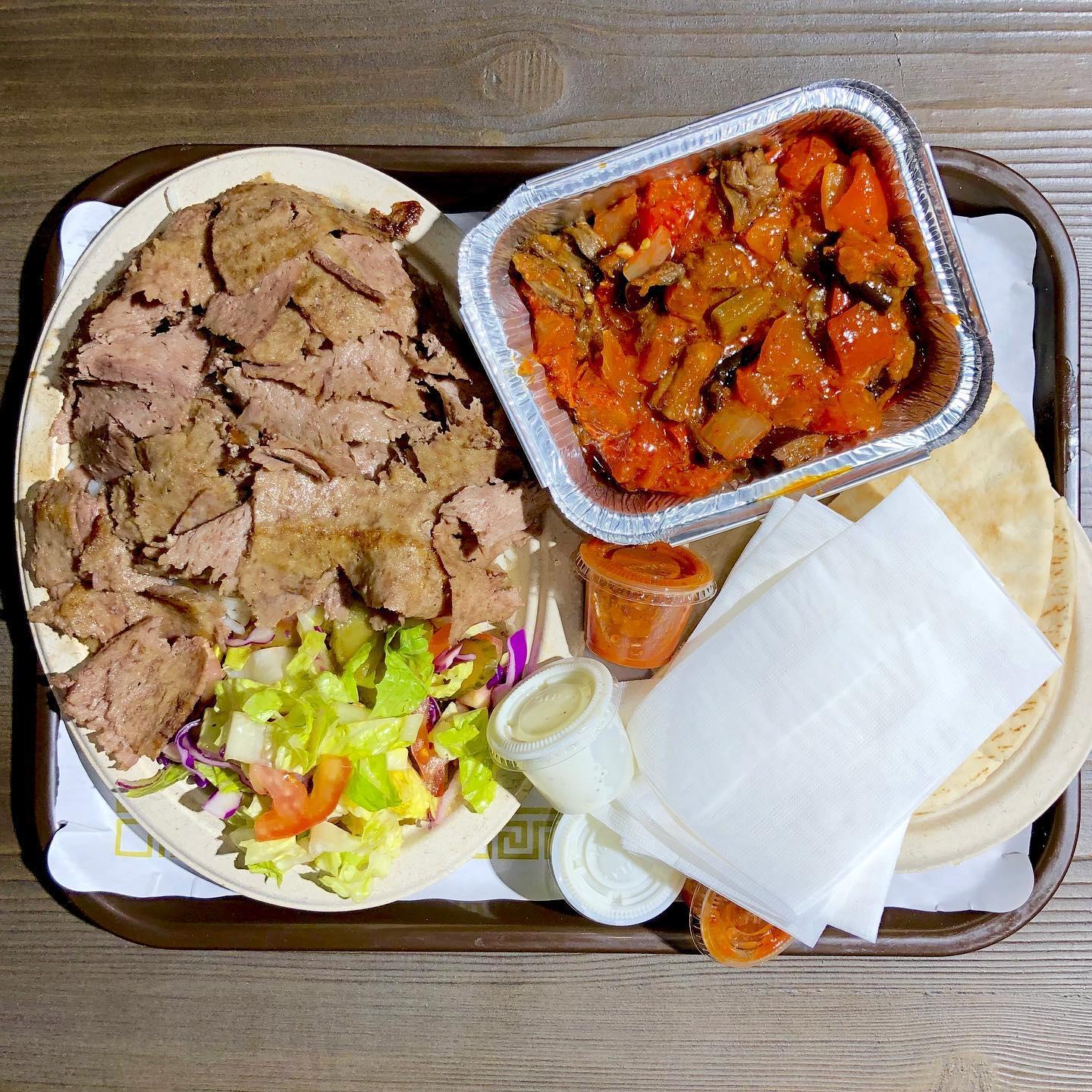 Some of the employees at this gyro restaurant used to work at Bereket Turkish Kebab House on East Houston and Orchard Street which closed because the landlord sold the building. A tall, modern building replaced the whole strip along East Houston including a Japanese restaurant called Yoshi I used to frequent. In the late 80s, while in college, I was a studio assistant for @claudhart who had a studio on Ludlow just below Houston. Since then, the whole block has been completely transformed except for Katz’s Deli. Now I have a hard time figuring out where Claudia’s studio used to be.

But according to Claudia, I myself changed dramatically since. The change observed gradually over time doesn’t feel dramatic. Only someone like Claudia who hasn’t seen me in a long time can objectively contrast the difference as her image of me was frozen in time and suddenly juxtaposed as the before and after photos.

The Western idea of “self” is an image that remains consistent. If the self changes depending on the context, we are criticized for being phony or even deceitful. I read about a study that contrasted this with the idea of self in Japan. The Japanese have a hard time answering the question “Who are you?” unless they are given a specific context like “Who are you at work?” They feel the self should change depending on where they are.

In the art world, artists are pressured to keep producing the iconic artworks they became famous for because collectors would want their guests to recognize who is on their walls. Art presumably represents some sort of essence of the artist, which in the West is assumed to be immutable.

Politicians too are pressured to be always right. They are constantly trying to defend their past statements, votes, and policies because people want their leaders to be consistently right as it would mean that they would also be always right in the future.

As humans, people know they cannot be consistent, but they also believe that it’s possible, for someone better than themselves, to be consistent. Many people claim they don’t believe in God but they apparently do.