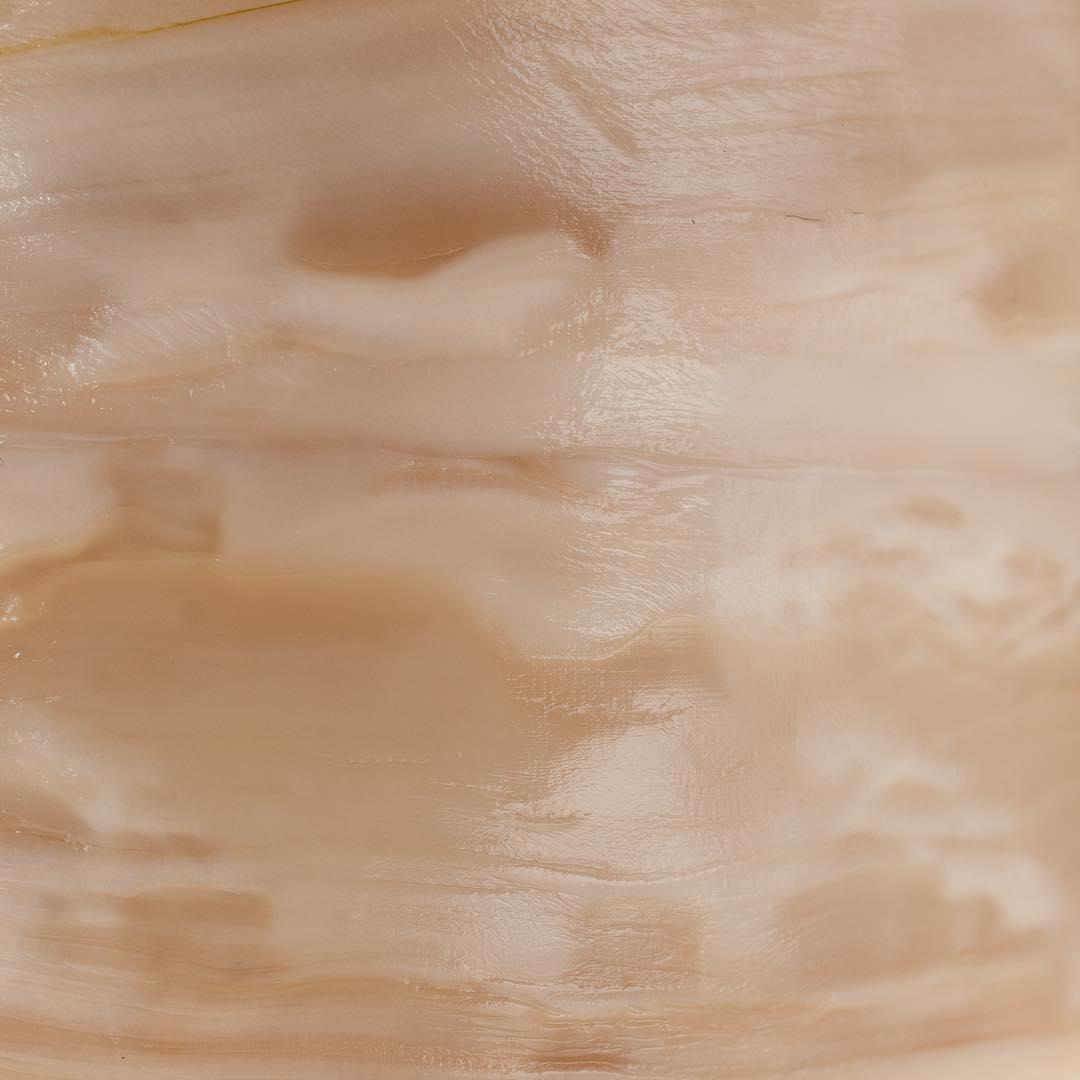 Tonight’s theme is eerie food, so, I might be losing some followers. You are probably asking, “What the hell is this?” It’s a SCOBY (Symbiotic Culture of Bacteria and Yeast) used for brewing kombucha at home. Well, actually, I forgot that I was brewing one—for about half a year. This thing is like 4 inches thick. You just need a small amount of this to make a big batch of kombucha, so I tossed most of it.

any years ago @naturalistic lent me a whole kombucha brewing kit, and this SCOBY came with it. I kept it alive for all these years. I’m not sure if he is ever coming back to reclaim it. A SCOBY is a community of different kinds of bacteria. They magically maintain their symbiotic relationships (better than the Democrats and the Republicans). They just live and grow, not aware of the fact that we humans love the byproducts of their living. (No species would say that about our byproducts.) I’ve been drinking home-brewed kombucha for so long that I can’t drink commercial ones now. They taste just sour without any flavor. My community of SCOBY knows what I like; sweet and sour with the strong flavor of the tea. I use mostly green tea, but sometimes oolong for a more robust flavor.

I go through phases of drinking and not drinking. In the last 6 months, I had forgotten about it, and my SCOBY took over half of the big jar. It turns into vinegar when it’s brewed for that long—so I use it as vinegar. It makes a caffeinated salad. I’m not sure if anyone else does such a thing. It’s been a secret between me and SCOBY, but now you know what we do