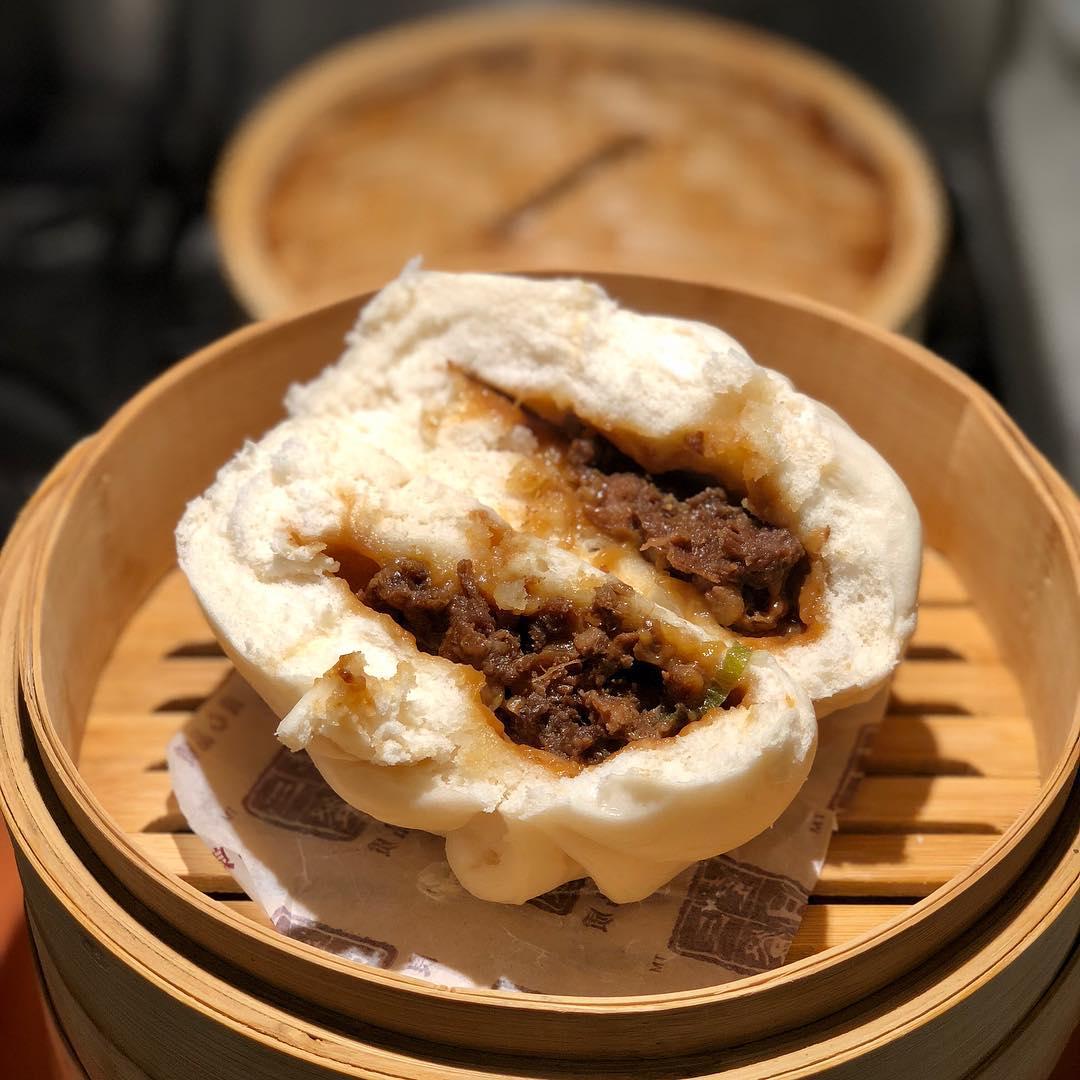 My Pork Bun Memories. This pork bun is just a frozen one I steamed at home. According to the package, it’s Fuzhou style. It’s pretty good.

Steamed pork buns are popular in Japan too. I grew up eating them. Two flavors dominated the Japanese market: pork and azuki bean. In supermarkets and convenience stores, there are refrigerator-like glass boxes dedicated to keeping them warm.

When I was around 8 years old, my father frequently took us to a big health club his employer had built for its employees. It had everything: an indoor pool, basketball court, sauna, jacuzzi, restaurant, etc.. I only remember it vaguely but it was luxurious. We had a routine of swimming, going into the sauna, and then the restaurant. There was a lobby where my dad and I would wait for my sister and mom to come out of the women’s locker room. I vividly remember the tactile feel of the leather chairs in this lobby. I’m pretty sure they were Breuer’s Wassily Chair because sitting in one now brings back the memories of that health club.

The whole routine ended with our trip to the nearby restaurant that served nothing but steamed pork and azuki bean buns. I remember waiting in line for a long time to get in and that I didn’t like their pork buns. Their buns were too wet, which was made worse by the fact that they were individually wrapped in plastic bags. And, their bun was so thin that they cracked. For kids, the bun part is more important than the filling, but for adults, it’s the other way around. So, I can see why this place was so popular.

As I ate the pork bun pictured above, I became curious if that restaurant still existed in Japan. I wouldn’t be surprised because more than half of the oldest companies in the world are in Japan (3,146 out of 5,586 in the world). Sure enough, I found it on Google Maps, and the photos of the buns look exactly like how I remember them, complete with the plastic bags. Apparently, it still is famous, but one reviewer lamented that they don’t taste like the way they used to and that there is no longer a line.

Although I didn’t like their pork buns as a kid, I wonder if I would like it today