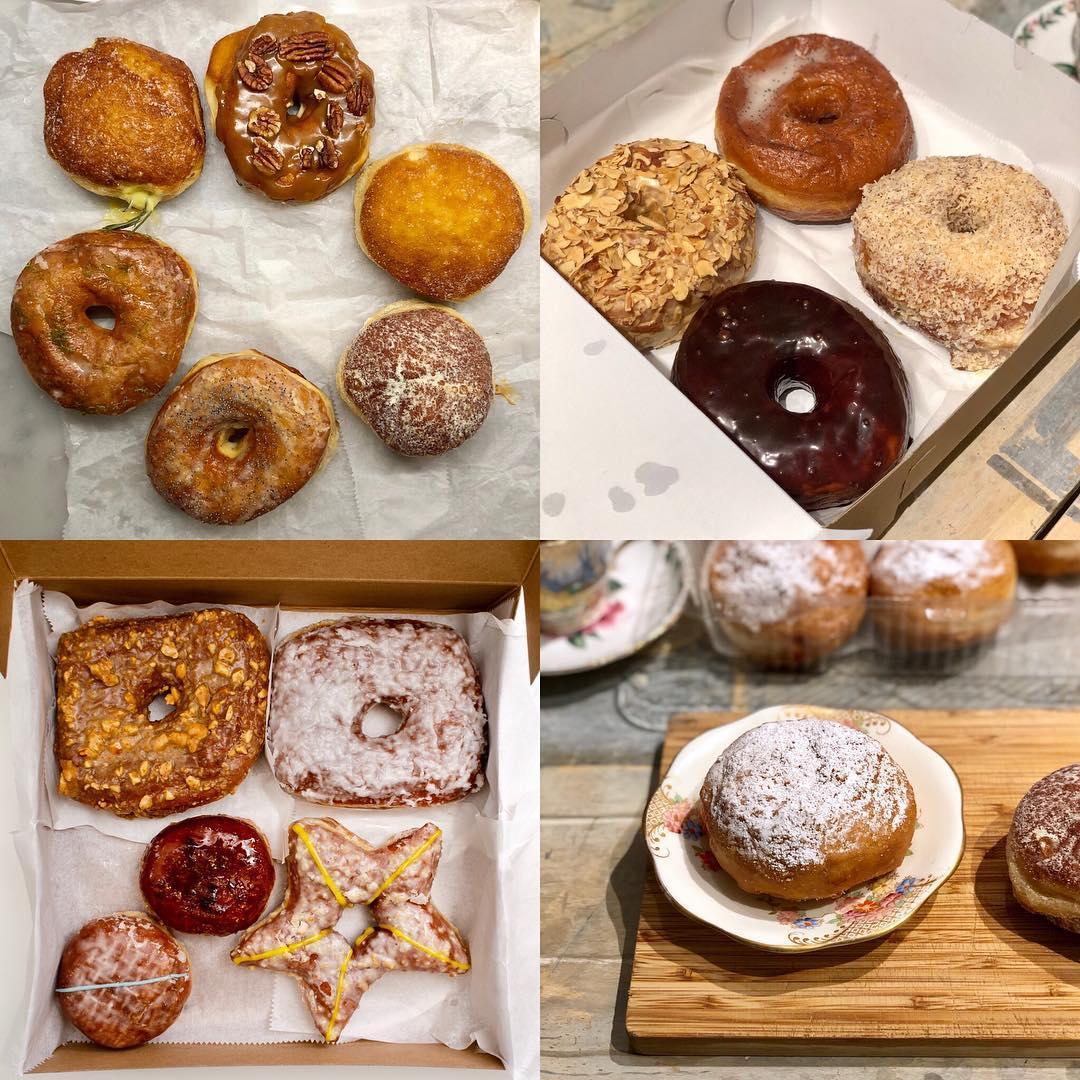 For the first day of Hanukkah, we stuffed ourselves with doughnuts from 4 different shops: Black Label, Dough, Doughnut Plant, and Moishe’s on Grand. Black Label is hard to get since they are available only on Sundays and from deep in Queens (Bayside), so, thanks to @nigelsie for bringing them over.

Even though we bought different flavors from each shop, the differences between the bakeries were more pronounced than the differences between flavors. For instance, those from Doughnut Plant were noticeably and consistently greasier. @blacklabeldonuts was the clear winner. The bread, oil, and sugar were balanced nicely to highlight the flavors of the fillings/toppings. Dough came in second place.

But somehow we ended up talking mostly about language, what we find annoying about each language we speak.