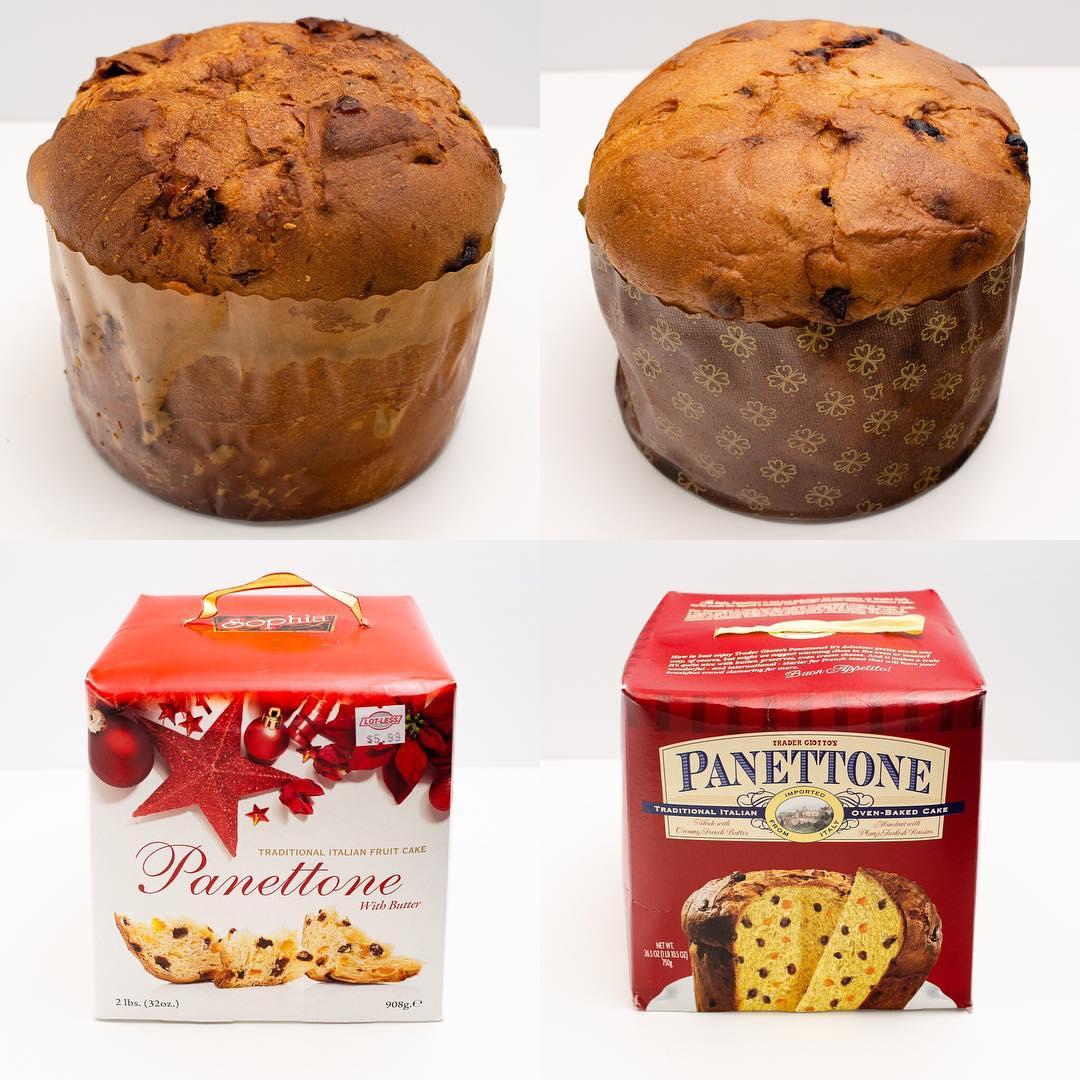 I love panettones, but according to my Google search, many Americans hate them. Even the really cheap ones pictured above from Lot-less and Trader Joe’s (both $5.99) taste great to me. What’s not to like about panettones? They are better than muffins because they are yeast-leavened. I love the soft, fluffy, yet chewy texture. Most of them are not as sweet as muffins because yeast cannot take too much sugar.

I read some articles about why people hate panettones, and I’m convinced that most Americans have in fact never had panettones because they simply assumed that “panettone” is an Italian word for fruitcake. Given that they both have dried fruits, long shelf-life, and are sold around the holiday season, I can see where this confusion came from, but they are nothing alike. Panettone is bread, not cake.

But at least the cashier at Trader Joe’s agrees with me. This skinny black woman said she already had four of them and ate two of them in a day. That’s quite a feat. The cashier at Lot-less, also a black woman, said she’s been meaning to buy one herself because everyone said it’s good.

Some panettones are very expensive. I heard that Sullivan Street Bakery, Grandaisy Bakery, and Eataly bake them fresh and are priced between $20 and $30. I’m curious how good they are. I plan on getting some after I finish eating the two from Lot-less and Trader Joe.