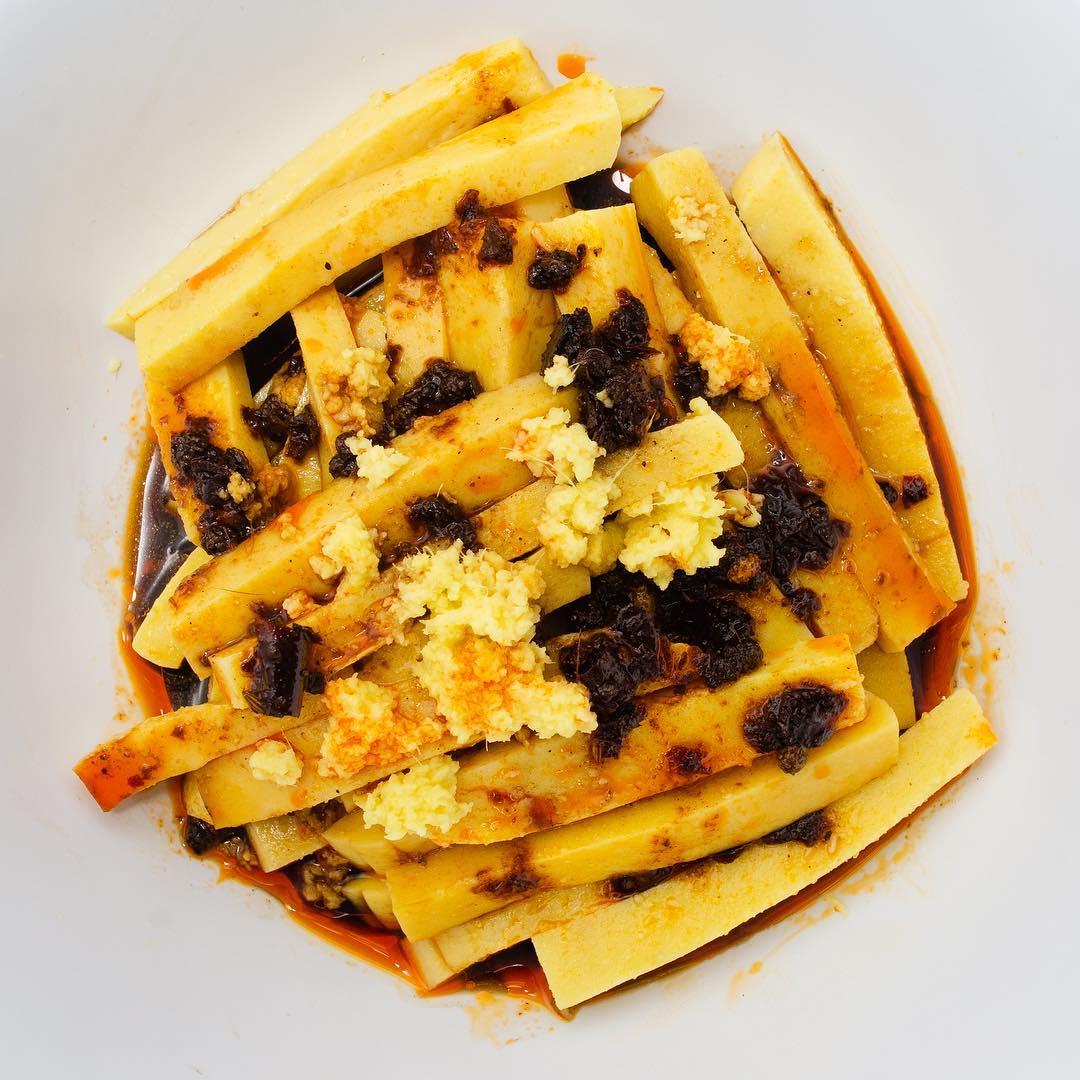 This is “Burmese tofu” my “sort of” Burmese friend made. As I don’t know how it’s traditionally served, I improvised and put some Sichuan oil, ginger, and black vinegar.

I call my friend “half Burmese” because her father was born and raised in Burma, but apparently, he doesn’t consider himself Burmese because he is ethnically Chinese.

If a second-generation Chinese American woman were to move to Europe and have a child with a white European man, would the child be half Chinese or half American? I think it would depend on which you consider more influential: culture versus nature. If the child was strongly influenced by his mother’s American culture, you might see him more as “half American.” If nothing about him particularly seems “American,” the fact that he is ethnically half Chinese might become more important. It would also depend on the context in which the question of identity was raised.

My friend often talks about Burmese food, so I have an impression that the influence of Burmese culture was significant for her. From my perspective, it feels more natural to identify her father with his cultural background than with his ethnicity.

I don’t think of myself as Japanese or American. I spent my formative years in Japan but have lived much longer in America. In terms of influence, they are even, so it feels unnatural for me to call myself Japanese or American. I’m not “Japanese-American” either as that compound word specifically refers to people who were born here and are culturally American. I use “they” not “we” when I talk about Japanese or American people. I do not have any sense of “we” in terms of group identity. I think most people project sadness and loneliness onto this type of lack of identity because a sense of belonging is important to them. I feel fine not belonging to any cultural groups.

However, I am drawn to others who don’t belong to any specific groups. In a way, this can be a group identity of its own: a meta-cultural group. Many of my friends are in it. There are many things “we” can see and appreciate that most people can’t because they do not have the meta-cultural perspective we do.