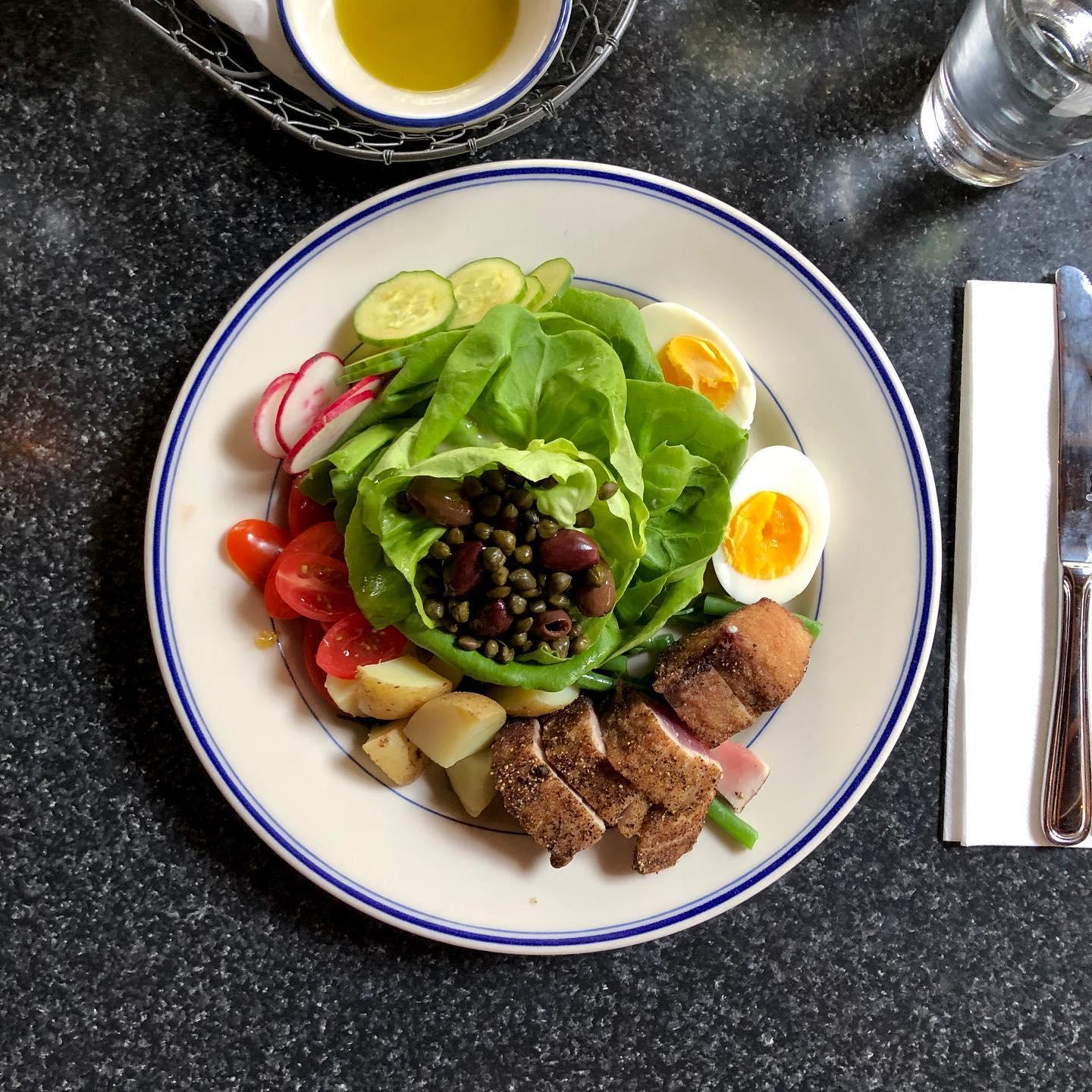 John and I do lunch on a regular basis at Bowery Bar & Grill. I’ve known John for two decades. He is one of the pioneers of gay advertising where his ads specifically targeted gay consumers. You may have noticed that Subaru is popular among the gay community; well, that was the handy work of his ad agency.

You may also have noticed that you never see salads on my Instagram feed. That’s because I don’t ever order a salad unless I’m eating with John. I actually cannot tell you why I do this. No, I’m not worried about him judging what I’m eating; we’ve known each other too long for that. In fact, my other gay friend, Mike, makes me want to eat Latin American food, particularly Mexican and Argentinian. In college, he was my roommate and an older brother figure to me. Guillaume, my latest gay friend, makes me want to eat French food, although that may have more to do with the fact that he only eats French food. Last week, he told me which sneakers to get for this summer and I just got them today. My favorite philosopher is Ludwig Wittgenstein and my favorite composer is John Cage who were both gay.

Gay men have been quite influential in my life. I don’t think it’s just me; somehow heterosexual men feel like we should listen to gay men. Otherwise that TV show “Queer Eye for the Straight Guy” wouldn’t have become such a big hit. I think part of the reason is that gay men operate outside of the social structure that is still rigidly defined by the gender binary. Just as chefs cannot also be food critics, in order for your opinions to be credible, you have to situate yourself outside of the world you are observing. Gay men’s opinions feel credible because they are not of your world even though they are in it. They have the necessary critical distance.

Whatever we are can always be an advantage if we so choose to exploit it as such. Part of the reason I can get away with saying things most people can’t is because I’m a foreigner. People simply assume I don’t know any better. And, if I get into trouble, I can always play up my foreigner status, like, “Oh, I didn’t know that’s how Americans feel.”