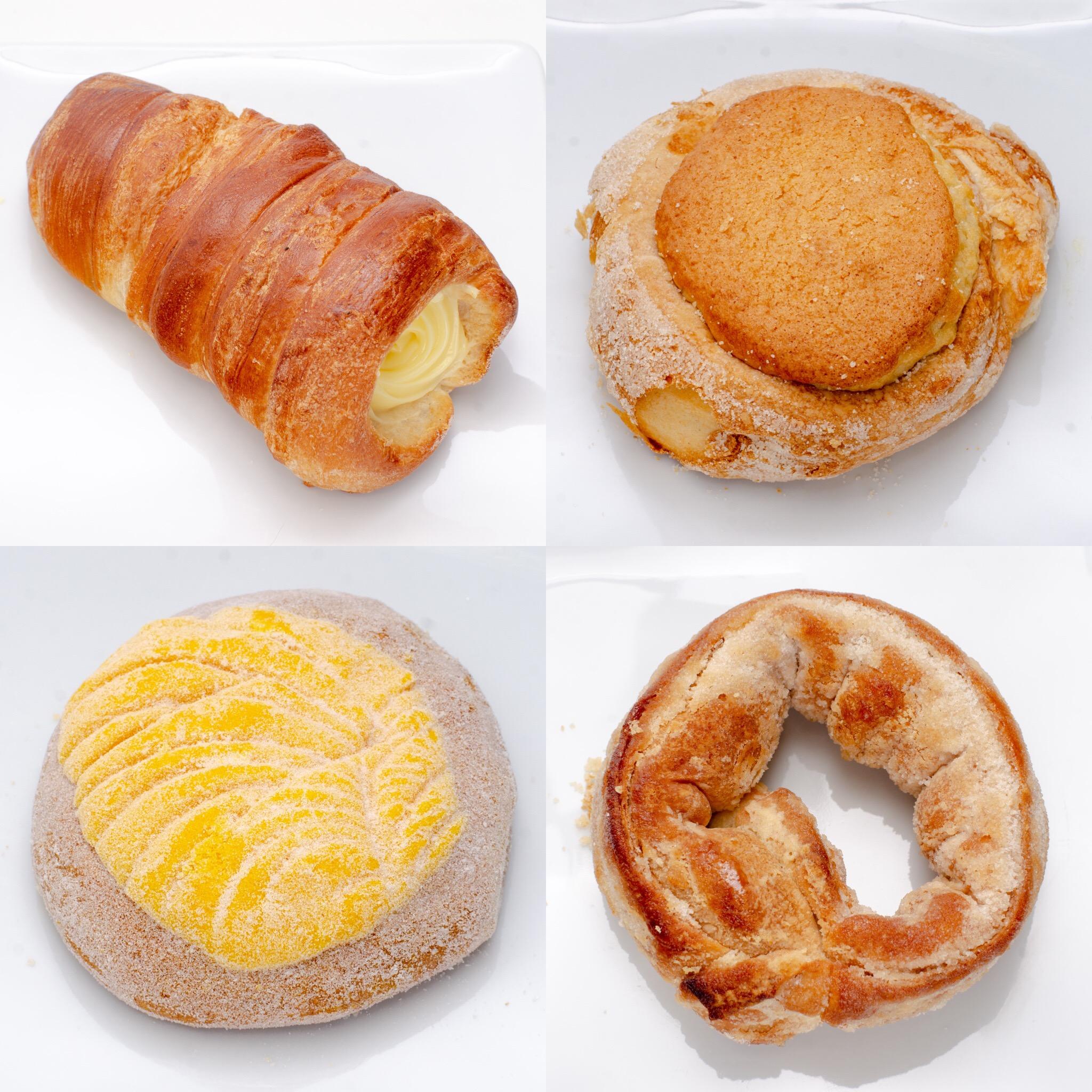 How to Eat Pan Dulce

Mexican sweet bread is relatively plain and dry. It’s not like French pastries loaded with cream, fruit, or chocolate. Something about it told me that you are not supposed to eat it by itself.

As a child, I was not crazy about Japanese sweets. Cream loaded French pastries seemed like a far superior way to consume sugar. It was not until I started drinking green tea that I realized Japanese sweets are not meant to be consumed by themselves. They were designed to enhance the experience of drinking green tea. The latter is the lead character; sweets are playing supporting roles.

Pan Dulce, I theorize, is designed to accompany milk or milk based drinks. This would explain why there was only one item (out of seemingly endless choices) at this Mexican bakery that had any type of creamy filling (first one in the photo). If you are going to dunk your bread in milk, it wouldn’t make sense for the pastries to have milk in it.

Indeed, when I ate it by dipping into a cup of hot milk, I couldn’t put it down.