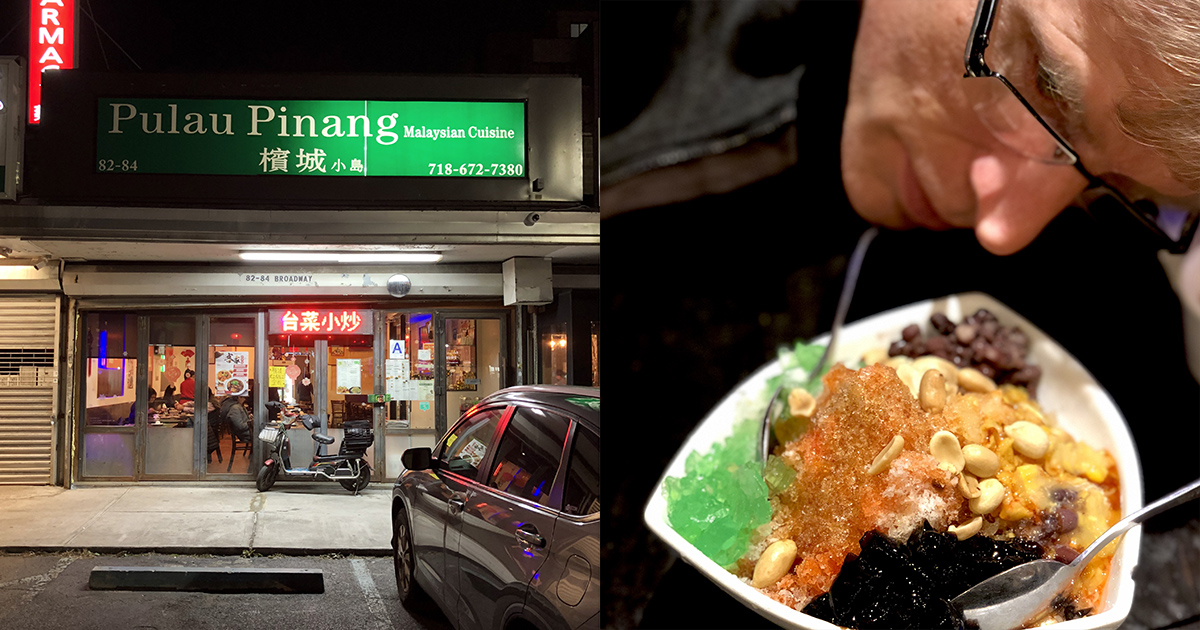 Evan is not sure if he is an artist or photographer—he knows only that he can’t stop seeing the world through his cameras. That is how he seems to process what happens in life—a camera as a phenomenological mediator. As long as I have known him (almost two decades), he has always been recording his life on his cameras. It’s as if his impetus is to give himself more time to understand what is happening. It wasn’t a coincidence that he captured the moment the second plane hit the World Trade Center. Amid the mob of people trying to get away from the building, Evan aimed his video camera up at the towers and kept it rolling.

I had never seriously talked to him about photography, so, I asked him to take me to one of his favorite restaurants in Queens, his native borough. We spent two hours eating and chatting without feeling rushed or eavesdropped. That’s one of the beauties of Queens; great food with fewer people.

When someone has an unstoppable compulsion to do something, whether it’s to paint, sing, write, or photograph, it’s not clear if it’s a blessing or curse. In the era everyone carries a camera at all times, making a living as a photographer seems like a pipe dream. Yet, for Evan, the economic viability isn’t even a question worth asking, because he doesn’t have a choice anyway; he is compelled to keep shooting.

Today, in every field, each person is expected to do what used to take a team of people to do. Video production is a good example. A CNN reporter has to be a cameraman, announcer, writer, producer, sound engineer, video editor, etc., because the technologies have made these tasks simple enough for one person to manage. We live in the age of generalists; we cannot specialize anymore, which is bad news for Evan as he would rather do only photography.

But in our conversation, I learned something new about him. I had always assumed that photography as a medium had a deep meaning for him, but apparently, he isn’t entirely sure about it. He might be a painter who happened to choose photography as a way to paint. Or, perhaps a camera is a superior brush for him.

Looking at his photos on his website, I see some truth to that. Even in his commercial video work, I’ve always noticed a particular mood that he naturally gravitates towards—something Fairbank-esque—his own brand of darkness. Even in his abstract photographs, you see solitude and loneliness. I get the feeling that he is trying to document the state of his mind by finding an object that echoes it. Sometimes it’s a recognizable object or even a person, but abstraction might serve this purpose for him the best.

We discussed the difference between “voice” and “style” in writing. A writer would change his style depending on his audience, but his voice would remain unchanged. A writer who has found his voice is recognizable regardless of whom he writes for, New York Times readers or children. I believe the same holds true for photographers. The “voice” reveals why they take pictures in the first place.

Evan is currently collaborating with his friend on a documentary project called “Disappearing NYC,” a series of short videos of the businesses that are disappearing. This project too reveals his fascination (or perhaps obsession) with documenting what’s happening to him, as if he would be able to make sense of it all in the future by reviewing his work. From this point of view, his future self is his primary audience.