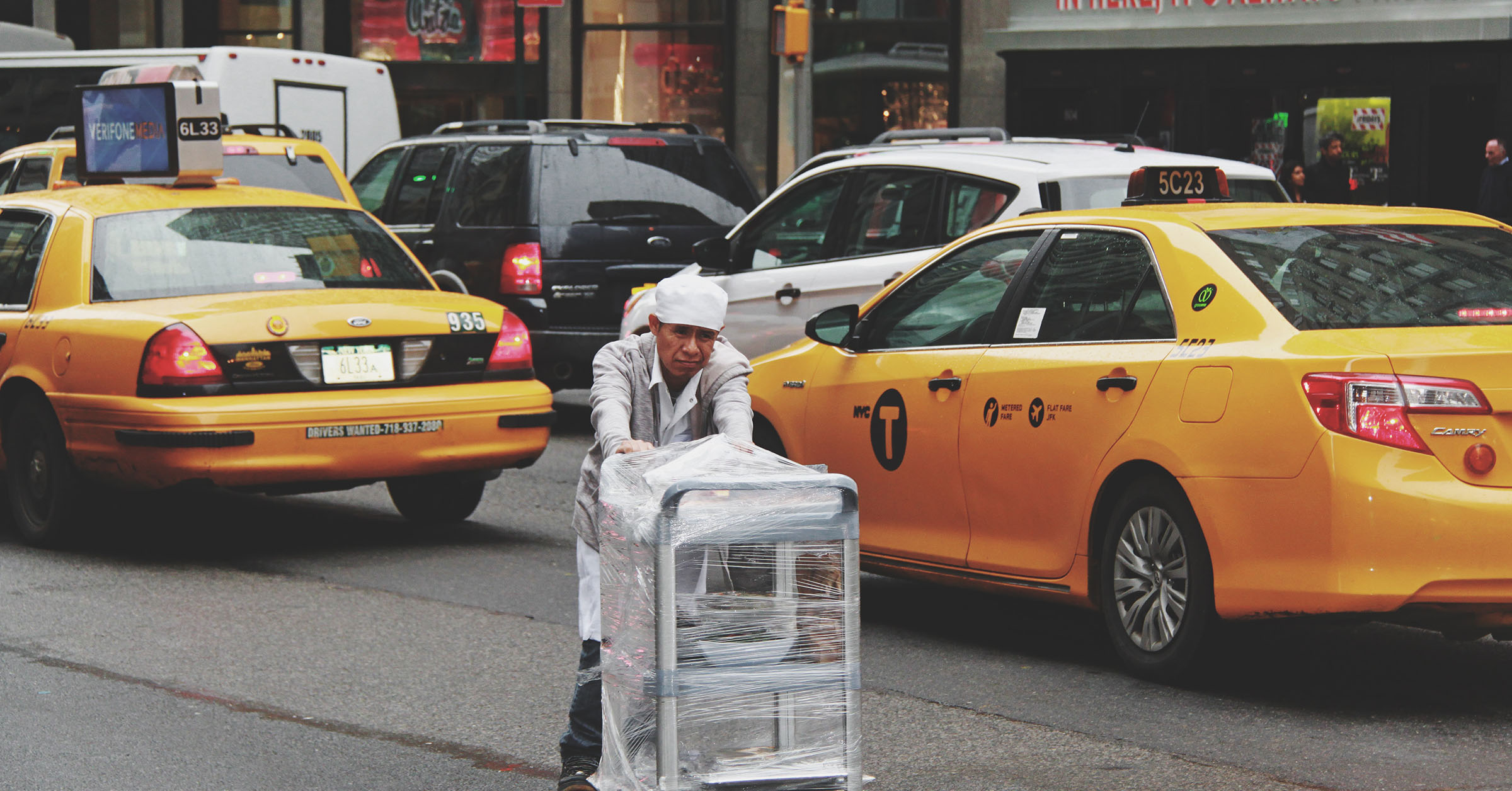 Photo by Ged Lawson on Unsplash

Because of the high rent and cost of living, chefs and restaurateurs can no longer take any risks in Manhattan. The menus are all converging towards the financially safe and popular items identified through market research. As a customer, you pay a lot but have to bump your elbows with strangers as you eat. The tiny seating area you are given feels like a capsule hotel room in Tokyo. And, you are rushed out after your meal because the restaurants cannot afford to give you the table for the whole evening. They need to rotate as many customers as possible per each table. We cannot blame them, as they wouldn’t be able to survive otherwise.

The restaurant scene in the East Village used to be exciting because the rent was relatively cheap in that area. The chefs and restaurateurs were able to try bold new things. Not anymore. I’m not sure if there are any places like that left in Manhattan. Brooklyn isn’t any better either unless you travel far into it.

Queens, particularly around Woodside, is the best place for restaurants now. The scene there reminds me of the East Village in the 90s. The immigrants are trying out their home cuisines that haven’t been accepted into the mainstream yet. Even for two people, you get a table for four, and you can have it for the whole evening. And, the prices are generally lower. Coming back to Manhattan is depressing.

You might argue that high-end restaurants are still thriving in Manhattan, but fine dining doesn’t actually contribute to the development of a thriving food scene. They are equivalent to those “blue chip” galleries that only represent the established artists; they do not contribute to the development of a new generation of artists. In blue chip galleries and high-end restaurants, you are looking at the past—what was relevant to the past generations.

High-end restaurants are more about the chefs’ egos than about the food. You pay three times as much to get an incremental improvement on the same old thing. It’s sort of like spending a hundred dollars on a slightly better bottle of wine when you can buy a bottle of, say, sake, an entirely new experience for many Americans. If you eat at enough of these establishments, you realize that they are all the same.

When we go to these famous restaurants, the images of the chefs and their stories dominate our experience. The extraordinary interiors of their restaurants greatly influence our perception too, much like a large cheering crowd would change the way we look at a person even if we don’t know who he is. We buy into and partake in their myths. That’s most of what high-end restaurants are about these days.

Even though we intellectually value the concept of “new” and “original,” when we are confronted with something truly new, we don’t recognize it, because we lack the mental framework necessary to define it as “new.”

For instance, in high school, if you are truly different from everyone else, you get picked on. In order to be “cool,” you have to stay within a certain cultural boundary—different but not too different. You have to situate yourself at the edge of the boundary and make sure you don’t push it too far. The cool kids are able to tread this fine line skillfully in order to be admired by others.

This is exactly what these famous chefs do in Manhattan. They know where they need to situate themselves. They do not offer anything truly new or unique. For instance, notice that they all use yuzu in their recipes, but never use natto, because they know the latter would be going too far. The experience of natto, for the majority of their audience, would be too new to be recognized as “new.” It would be perceived simply as “strange” or even “disgusting,” like an outcast in high school who is so strange that you can’t even understand what he is saying.

But once you get used to natto, you wouldn’t be able to remember why you used to think it’s disgusting. It’s one of the most flavorful ingredients I know. My wife, who is a white American, used to be repulsed by it but now loves it. One of the best recipes using natto was given to me by a white American man: a salad of natto, avocado, tomato, raw garlic, and olive oil, which is a shocking combination even for a Japanese but it’s amazing. I make it all the time. I have great respect for people who can create things like this.

To recognize the pioneers in any art forms, we have to differentiate art from entertainment. Real artists make their audience uncomfortable because they propose something new—what they personally think is beautiful—that others cannot recognize as “new.” Our first encounters with beauty are always uncomfortable. Art is a challenge that we need to step up to. Entertainment, on the other hand, is not a learning experience. We do not grow as a person by consuming entertainment because it lies comfortably within the familiar territory.

Fine dining is just an expensive piece of entertainment. Those famous chefs do not have the courage of the true artists to serve natto or chicken feet on their menus even if they love it themselves. They have to carefully tread the line I described above, like those “cool” high school kids. Meanwhile, those social outcasts are the ones who grow up to be true artists because they have nothing to lose.

The immigrant chefs try to push the established boundaries of the American palate. In essence, they are saying, “This is what I think is great food and I’m proposing it as such to this culture.” Artists make the same statement when they present their work in a gallery or museum. They are fighting for their idea of beauty. Art is unforgettable precisely because it makes us uncomfortable, makes us think, and challenges us to question our own assumptions.

The art scene in Manhattan is completely dead. There are still some activities on the fringes of Brooklyn and Queens, but most artists have moved to places like Detroit and upstate New York, as Patti Smith has observed too.

This is what happens when we do not foster economic diversity in a city. We cannot sustain the creation of new experiences without it. Manhattan is a farm we keep growing crops on without investing in the fertilization of the soil. Inevitably, sooner or later, it will stop growing anything new.