Why Writers Have to Pay the Readers 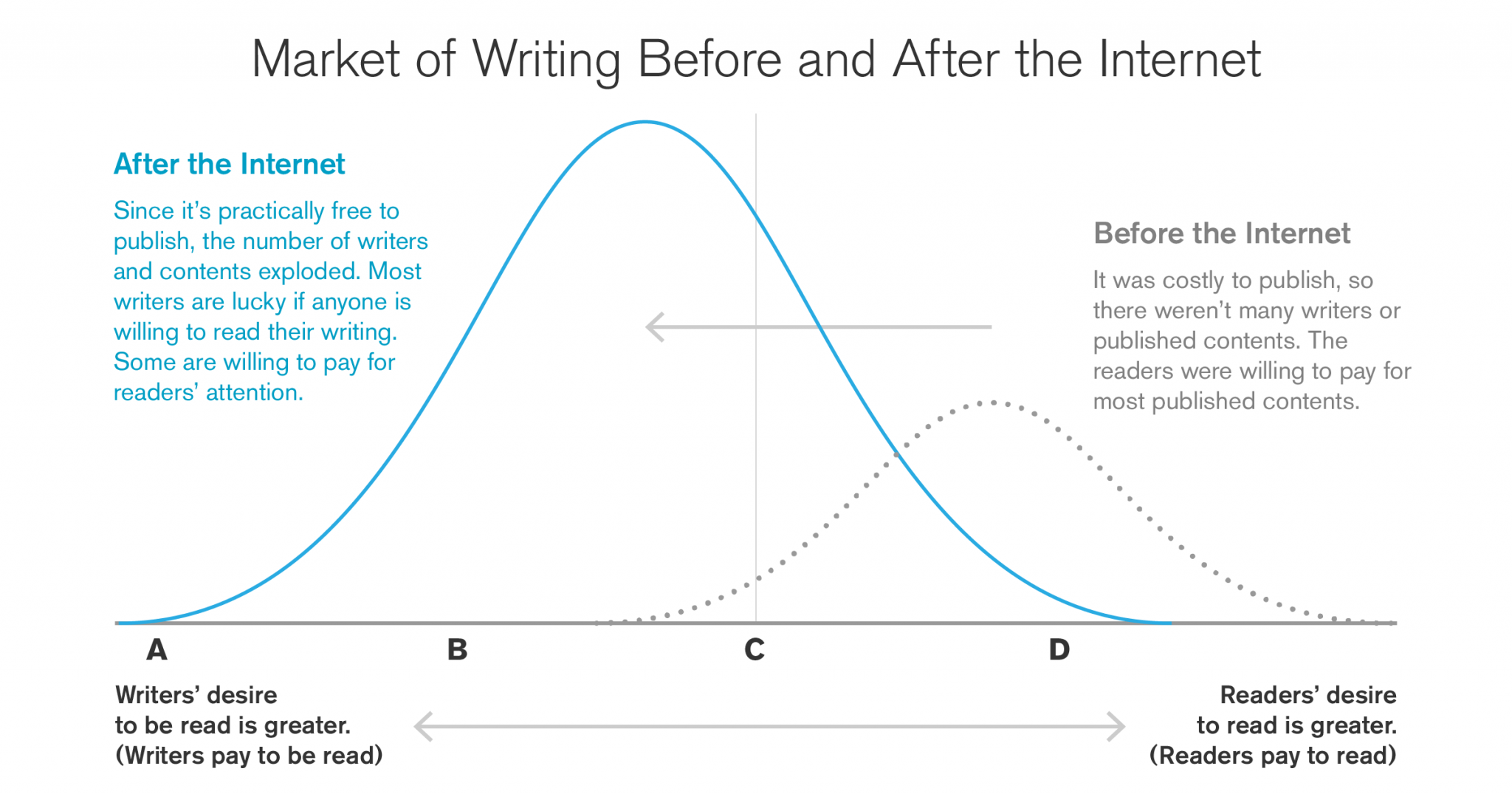 The graph above shows why we can no longer make a living as writers. Let me go over it in detail.

On the far left side of this spectrum (A) is a small number of writers who are so desperate for attention that they would pay anyone willing to read their writings.

(B) is where writers spend their own money on online advertising to get readers’ attention. Even if they do not spend money, if we were to take into account the cost of their own labor to promote their writings, overall, they lose money. As indicated by the blue line, there are now many such writers.

(C) is the center of the spectrum where the writers are OK with not making any money (but would not spend any money) and readers find the writings interesting but not enough to pay for them.

(D) is where the writers are famous enough that many readers are willing to pay some amount of money. As indicated by the blue line, there aren’t many writers in this position. These are the bestseller authors.

The dotted line represents the same curve before the Internet (let’s say, until the mid-90s). The cost of printing and distribution was so high (compared to today) that there weren’t many written contents to consume. So, most readers were willing to pay for the majority of available contents.

But since the advent of the Internet, this balance between supply and demand flipped. Now the writers’ desire to be read is greater than the readers’ desire to read. The majority lies to the left of the center. Even if you are somewhere between (C) and (D), you are still equivalent to the below-average writers in the pre-Internet age.

Many online platforms have attempted to create a financial model that would allow them to pay writers, but they have failed for this reason.

We assume that if someone works hard to create something, he should get paid but that’s not how the market works. The market is about supply and demand. If there is too much supply, the content creators would have to pay the audience. This is true for the market of music too.

I know how offensive this sounds but this is the reality we live in. Here are some data related to the income of writers.