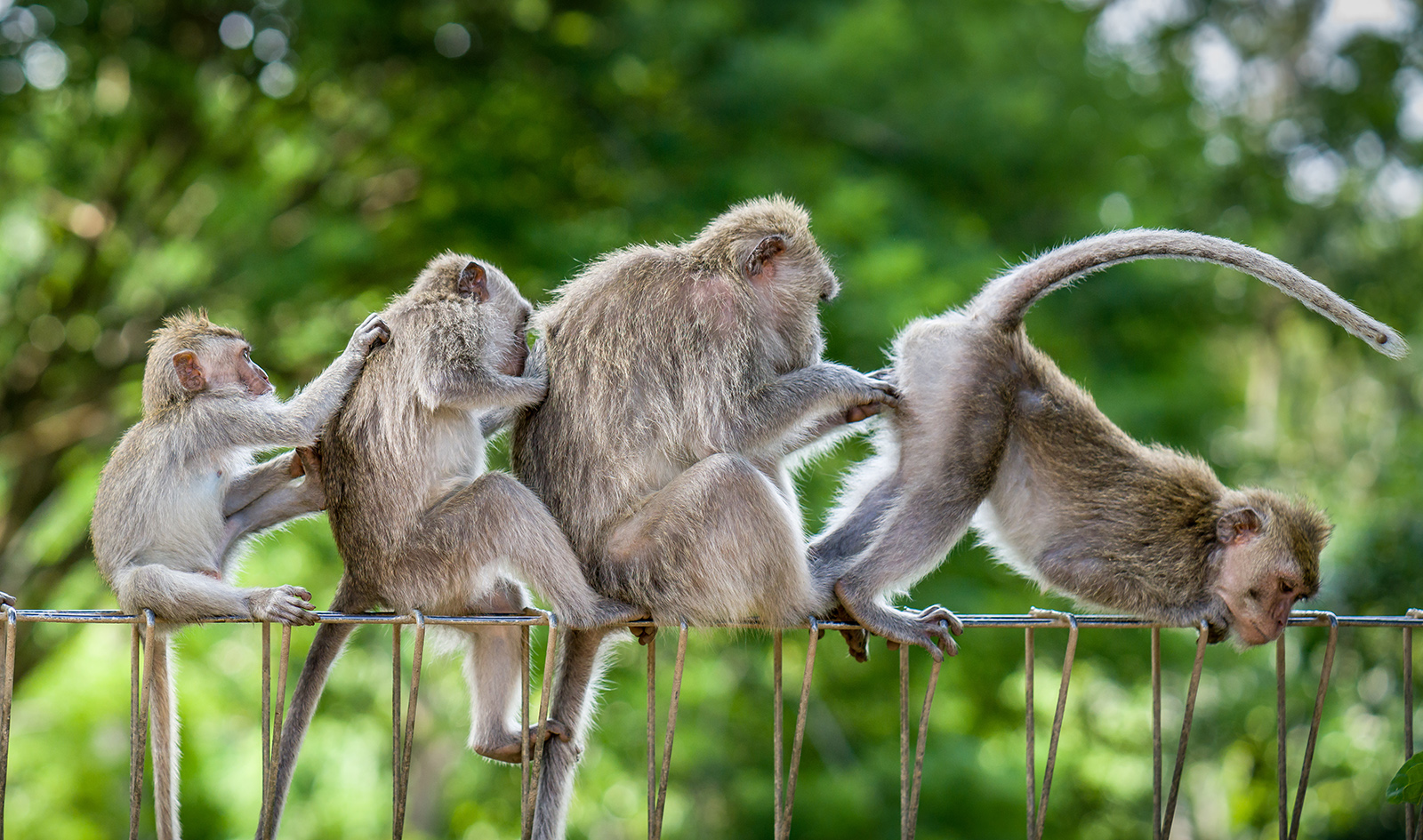 Life Now Imitates Social Media—Not the Other Way Around

Today, one in three marriage is initiated online. It is inevitable that this ratio will keep growing. A few decades ago, television was the most influential medium and the most popular target of criticism for corrupting our brains. Now, social media have unseated television from the top spot. Between the two mediums, the most obvious difference is that television is a one-way mass medium whereas social media like Facebook is two-way. Another difference: Television is highly centered whereas social media is highly fragmented. By “centered,” I mean a large number of people share a small number of contents. Water-cooler conversations are not as common as they used to be because we no longer watch the same show in the same evening. Social media is fragmented, or de-centered, because each person’s newsfeed is unique. The question we all would like to know is: What is the message of social media as a medium? That is, how is the medium changing us, our behavior, and our world?

The social circles we form online are different from our real-life communities in a number of ways. For our analysis here, let’s call online communities “tribes” and reserve the word “community” to refer to real-life communities. Firstly, social media removes the physical limitations of our social life. Online tribes are decoupled from geographical proximity. Our Facebook friends need not be living close to us. Secondly, online tribes are not centered around physical activities but around mental activities. Thirdly, the frequency of interaction is much greater within online tribes. And, lastly, tribes communicate mostly in written forms whereas communities do in verbal forms.

Because of the physical proximity, real-life communities bond over more practical and physical needs and desires. This is particularly true if you have children since community support is crucial in raising well-socialized children. Online tribes bond over more ideological needs and desires, like political beliefs. In other words, social media is not only changing the way we form groups but also the purpose, or the content, of the group. In real-life communities, our physical needs are prioritized over our ideological needs, so we avoid talking about politics because we would not want to undermine the integrity of the community with ideological differences. Within online tribes, the priority flips; maintaining the ideological integrity is more important than what we might need or want practically or physically.

The shift from verbal to written forms of communication changed the nature or the purpose of our socialization also. When we write, we express different aspects of ourselves. Many people on Facebook appear vastly different from their real-life versions. We are often surprised by the values people express online. We might find that our dancer friend is deeply involved in the 9/11 conspiracy theories, or our accountant friend is a Buddhist, or our children’s math teacher is gay. Some students are rejected from colleges based on what they said on social media after they had already been accepted in person. That is to say, colleges see something more real and true in the expressions online. These surprises occur when people we meet through real-life communities are observed online. Naturally, the opposite can happen too, like when people we meet through online tribes look and sound different in real life.

So, we need to ask ourselves: Which versions of ourselves are more influential in today’s society? For online dating, the first impression is entirely formed online. We interact with our Facebook friends and LinkedIn colleagues much more frequently online. Even if real-life versions are still more influential, it’s only a matter of time the online versions will be more influential. What this also means is that real-life communities will be less important than online tribes. We are already seeing the gradual destruction of local communities.

Recently, there has been much criticism about the “echo chambers” and “bubbles” forming in the social media. One might believe this is an effect of fragmentation—like the countless cable channels and websites reducing the amount of shared knowledge and experience—but fragmentation by itself does not necessarily cause ignorance. Fragmentation alone would simply lead to specialization like different college departments, and it has been happening long before the emergence of social media. Specialists may lack knowledge in other fields but they are not necessarily ignorant. Ignorance arises from misunderstanding or unawareness of ideological differences. Echo chambers and bubbles are problematic because they promote ignorance.

A college department, for instance, is homogeneous in terms of knowledge but diverse in terms of ideologies. Real-life communities too are ideologically diverse because what unite them together are physical and practical needs. Online tribes naturally gravitate towards ideological homogeneity, which leads to echo chambers and groupthink. Why?

We are social creatures. We have to have a sense of belonging and build an emotional support system. Given that our local communities are disappearing, we have come to depend on our social media to replace them. Here, I’m using the term “social media” broadly. For instance, email and texting are included in the definition because we can send email or text to a group of people to create a sense of belonging.

For most people, Facebook is an approval-seeking system. The main attraction is the “Like” feature. Many people pride themselves on how fast they can amass likes, and they have come to rely on their own tribes to “Like” their posts regardless of whether they actually like them or not. It’s a team-building or social grooming ritual. It’s very much like two people saying to each other: “You look great!” “You look great too!” The point isn’t to objectively evaluate each other’s looks. They are just scratching each other’s back. The merit/substance of the content is secondary or irrelevant. The lack of a dislike button also encourages the use of these platforms as an emotional support system. Anyone who expresses ideological disagreements is seen as a threat to the integrity of the support system.

There are social media platforms with dislike or down-vote buttons, like YouTube and Quora. They are not conducive to building an emotional support system. The comments on these sites tend to be far more critical and blunt. Therefore, it’s not that social media inherently encourages the creation of ideological echo chambers. By designing it differently, we can encourage or discourage them. However, we cannot blame Facebook for encouraging echo chambers. Something must make up for the disappearing local communities. If not Facebook, another platform would simply take its place. This is why, I theorize, online tribes have a strong tendency to become emotional support systems.

If what unites a group of people is a certain set of ideologies, disagreements that implies differing ideologies would not be allowed. For instance, a Republican wouldn’t be welcomed into a tribe of Democrats. Ideological alignment is frequently tested through numerous posts, likes, and comments. The closer they align, the stronger their sense of belonging.

To some degree, these ideologies are an emergent phenomenon. Just like a flock of birds who appear to coordinate their movement without a leader, these ideologies emerge without anyone leading the way. Sometimes a person might say something off the mark, and would quickly learn his mistake from the significantly lower-than-expected number of Likes. He would then correct his way. The immediate feedback mechanism allows the tribe members to quickly align with each other. The more accurate the alignment is, the less tolerant the members will be for any misalignment. Because social media is highly efficient, the accuracy of this alignment is increasing, which means the intolerance for misalignment is also increasing.

In a way, each member is acting like a politician who has no convictions of his own and says whatever his constituents want him to say. If he has a particular belief that contradicts the belief of the tribe—say, he happens to love Woody Allen but his group is appalled by him—then he would keep quiet. He would not go out of his way to express his admiration for Allen, because the point of an emotional support system isn’t to debate, learn, or arrive at any truth. In some cases, he may not know what his tribe thinks of a particular issue. For instance, he might not know what the others think about the sexual harassment allegation against Al Franken. If so, he would likely remain quiet until someone else breaks the silence, or until some reputable publications like the New York Times agrees with his view.

Social media played a significant role in the last US presidential election. Real-life communities did not have such a strong impact on politics because, for the most part, people did not (and still do not) talk about politics with their neighbors. Because online tribes are ideologically formed and reinforced, their impact on politics is inevitable. Online tribes are performing two roles that have conflicting motives: social grooming (emotional support) and facilitation of socio-political discourse. There is no inherent problem with exchanging Likes for cute pictures of babies and pets, funny jokes, and happy moments on Facebook. These are part of social grooming we do in real life also. But because the central binding force of a tribe is a shared ideology, we are compelled or even forced to align our ideologies with those of our tribes in order to protect the integrity of our support systems. This has a politically coercive effect. It amplifies political correctness towards whatever each tribe considers “correct.” The threat of ostracization suppresses independent thinking. When someone posts a political article, the other members of his tribe are expected to show their agreement or approval. The correct answer/response is always implied in the post. If anyone deviates from that expectation, he is deemed clueless or attacked for noncompliance because a disagreement is an affront to their well-being. On a platform for social grooming, people will naturally expect reciprocity and compliance.

I believe the amount of dopamine we can get from each other has increased substantially because of the efficiency and immediacy of social media, which is leading to frustration and even anger if the expected amount is not delivered by our friends. Because we are not consciously differentiating the two roles social media can be used for, a disagreement is perceived as denial or withholding of dopamine, a breach of trust.

We have now come to depend on social media for our sense of belonging. Once we are dependant on something, we lose objectivity and freedom. We become intolerant of anything that threatens it. Every disagreement turns into a small existential threat. It is like someone who tells you that smoking is bad for you when you are addicted to smoking.