Why Americans’ Food IQ Is So Low

My high school friend, Ken, is an airline pilot. After over thirty years of not seeing each other, we started meeting up for dinner whenever he flies into New York City. It feels somewhat strange that we just have dinner and say, “See you later,” even though he is coming all the way from Japan. Yesterday, we were at Nom Wah Tea Parlor in Chinatown, one of the oldest Chinese restaurants in New York. I explained to him that in the US, to find a decent restaurant, reading reviews on Yelp, New York Times, or Zagat is a must; otherwise, you could end up paying a lot of money to eat horrible food. You wouldn’t have that problem in Japan. You can randomly walk into any restaurant and you will have a meal far above average by the American standard. In fact, as I ate the food at Nom Wah, I was remembering the Chinese restaurant I went with my family in Japan last summer. It was a tiny place in a nondescript suburb that I randomly came across on Google Maps. Their dumplings were so exceptional that I still salivate whenever I think about it. If the chef opened a dumpling restaurant in New York, for sure, there would be a long line out the door. But by the Japanese standard, the place is nothing exceptional; there are countless other restaurants like that. Why is this?

Food education in the US is exceptionally poor. Most parents don’t think of food as a subject they need to teach, and even those who do consciously educate their kids about food are teaching them not about food but about the politics of food, like localism, environmentalism, veganism, and what constitutes “organic.” If there were a standardized test for the appreciation of food, the American kids would probably score very low.

When I first met my wife, she had a babysitting gig. One day, she invited me to their place to meet the kids who were around ten years old. I was shocked to see her feed them pasta with butter for dinner. Nothing else. She explained to me that she was just following the instruction from their parents and that they wouldn’t eat anything else anyway. In Japan, this would be considered almost criminal.

Now I face the same problem with my own child. She eats foods that consist mostly of pure carbs and fat; the only variety being the shapes and colors. If I try to feed her anything unfamiliar, she acts like I’m feeding her a piece of garbage. If I criticize her, her standard defense is that she is no different from any of her friends.

I explained this to my pilot friend, and he too was shocked to hear it. His ten-year-old son, he said, eats pretty much anything, and that he isn’t different from any other Japanese kids of his age. That was my own experience too growing up in Japan. Ken thought it must be the parents’ fault, but I’m doing everything I can to introduce more variety to my daughter’s palate. In fact, so much so that my wife thinks I’m being abusive.

Unfortunately, my daughter’s claim is true. I can see it whenever I’m at a birthday party. Every birthday party I have attended served pizza as the main meal. Why? Because it is the only food all American kids were trained to eat, the lowest, and the only, common denominator. As a parent hosting a birthday party for kids, you wouldn’t want to deal with many kids complaining about your food. Even if you served something as tame as burritos, there would be kids looking at your labor of love as if they are being fed a horse shit, surgically removing the lettuce and tomatoes, and scooping out all the beans, so that they would be left only with tortilla, rice, and sour cream. As a parent, you wouldn’t want to embarrass your kid either.

I said they were “trained” to eat pizza because it isn’t a particularly easy food to like. I’ve heard that, on Ellis Island, when they served pasta with red sauce, many Eastern European immigrants freaked out because they were not familiar with eating something so vividly red. In Japan, one of the most popular dishes among kids is curry on rice. I’m pretty sure most Western kids wouldn’t touch it. Why certain dishes become popular among kids has less to do with the inherent qualities of the dishes and more to do with what the kids are frequently exposed to. It’s nurture, not nature. 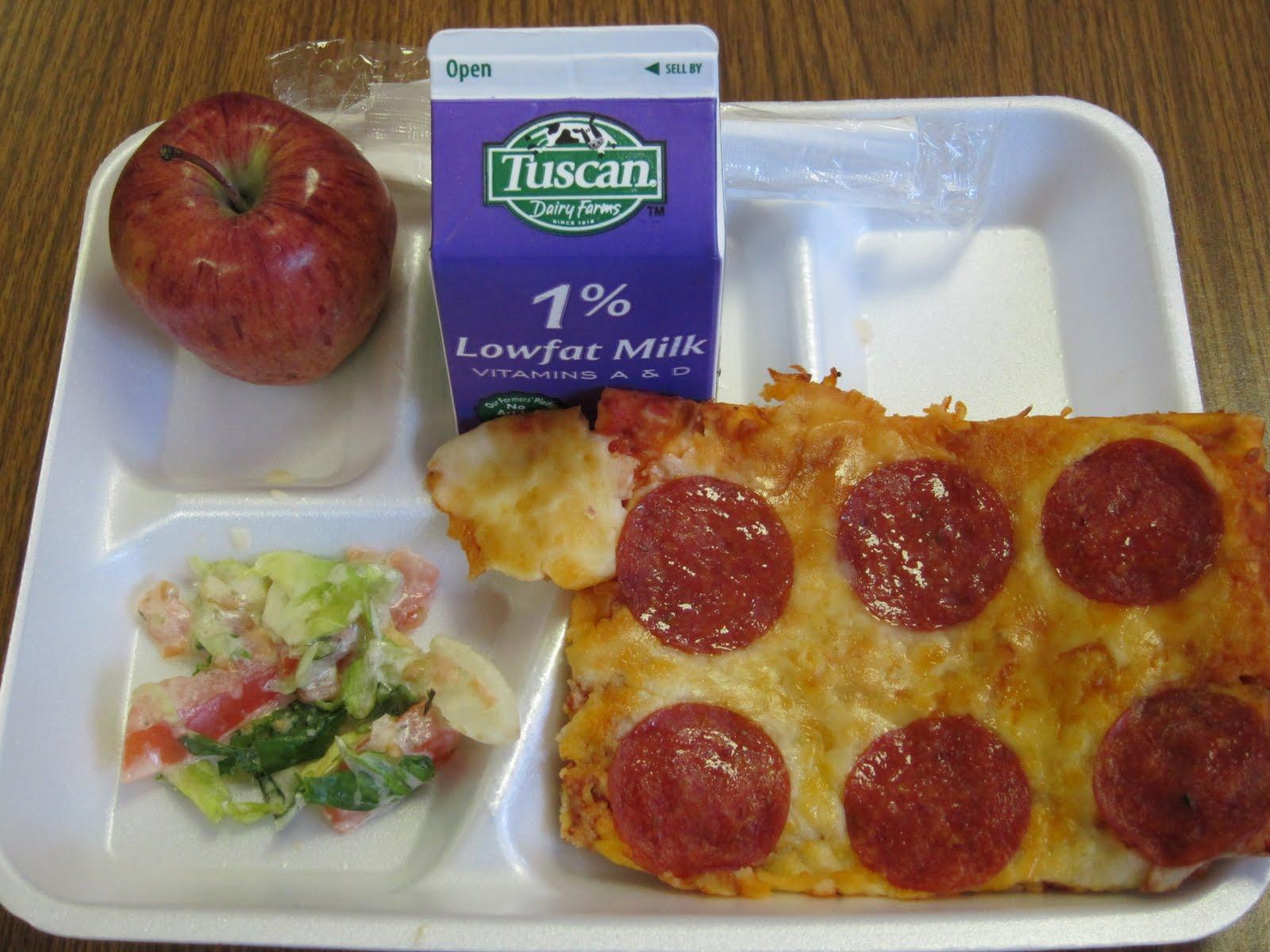 So, what are we American parents doing wrong? As I mentioned above, I think focusing on the politics of food is misguided. Most parents are concerned about the health of their kids when they feed all organic food, but what good is it if all they are eating is organic sugar, flour, butter, and cream? When they begin to live independently on a tight budget, they’ll inevitably drop the “organic” criteria, at which point their lack of palate will naturally lead to eating nothing but crap.

But this apparently isn’t the primary problem. As a parent, I put more weight on developing my daughter’s palate than on buying organic food, yet she is no better than the average kids around her. Why is this happening? If you are an American parent who has never seen how different it can be, this probably doesn’t bother you, but it bothers me a lot. It’s a huge societal problem that nobody recognizes as such.

Obesity is a big problem in this country partly because we are surrounded by what I call “baby foods” which are high in fat and carbs with no nutrients or flavor. Baby food requires you to appreciate only two qualities about food, sweet and salty, like ice cream and potato chips. Because Americans grew up on these baby foods so late into their childhood that, even in their adulthood, they keep eating these baby foods as comfort foods. And, because their food IQ is so low, the restaurants can do perfectly fine by serving poor quality food. After all, why bother improving it if most people can’t even tell the difference? This feeds the vicious circle of the poor food environment. It feels hopeless.

So, instead of asking what we are doing wrong, let’s ask what Japan is doing right.

Here is my theory. (Actually, this is a theory someone else told me that I also believe.) It’s not that the Japanese parents are better parents; Japan has a secret weapon: school lunch. There is only so much parents can teach their kids. As kids grow up, they begin to ignore parents and listen to their peers. Peer pressure is Japan’s secret weapon. The Japanese kids have to eat what they are served at school. There is no menu to choose from, and they are served a variety of foods. (Try doing an image search on Google for “Japanese school lunch“.) Because everyone eats the same thing, it’s embarrassing if you can’t eat it. The peer-pressure forces everyone to be exposed to a variety of food. This, in turn, improves their food IQ, which in turn raises the quality of food the restaurants have to serve in order to succeed. A virtuous circle. This is why you don’t need Zagat to tell you where to eat in Japan. 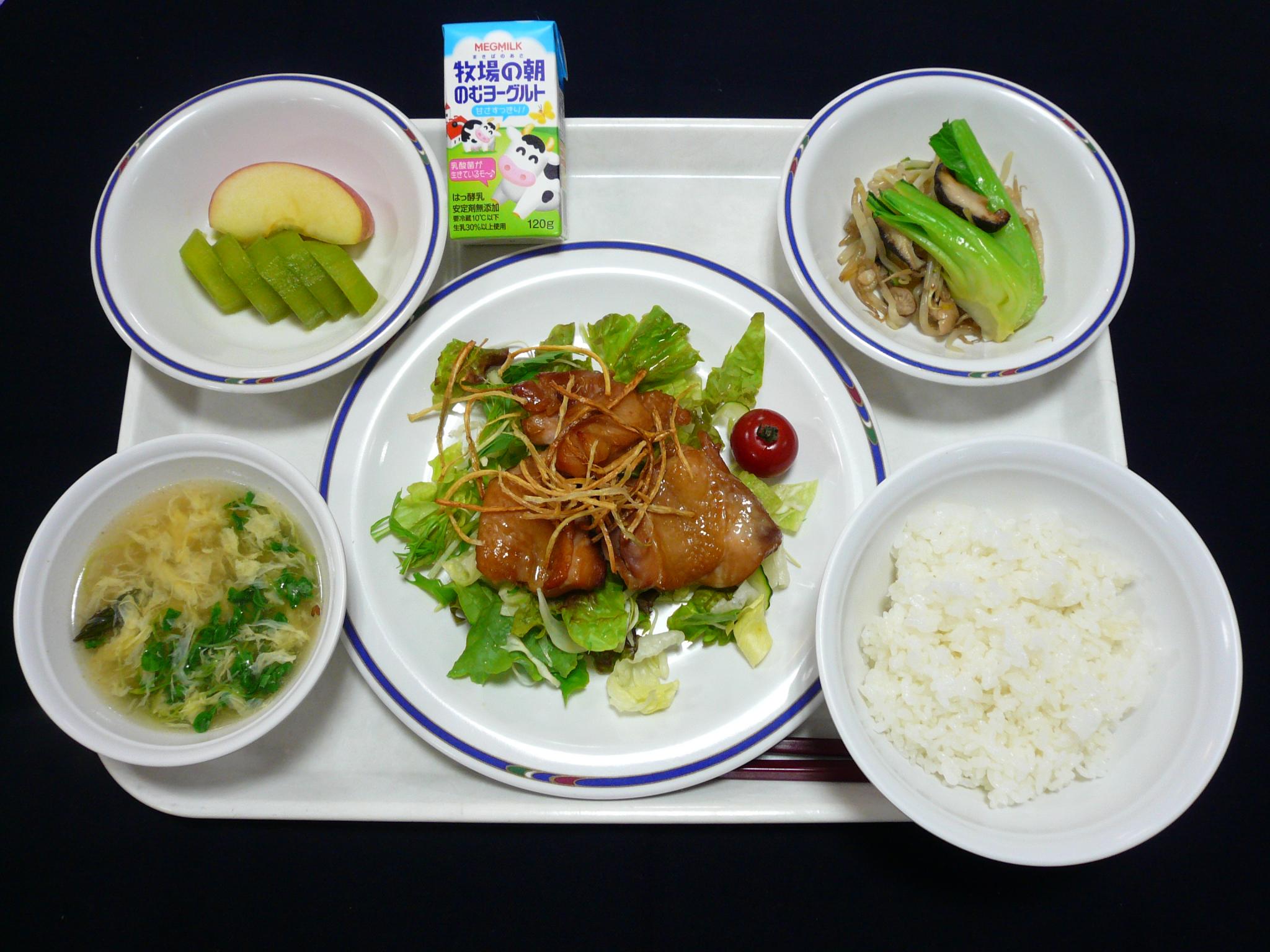 In the US, school lunch is for the poor kids. The wealthier families send their kids to school with the lunch boxes filled with organic foods. This worsens the problem. Because they are eating their own organic foods, there is no interest in raising the quality of food at school. That’s a problem for the poor people. Furthermore, even if the schools served quality meals, many parents would object to the idea of their kids being forced to eat whatever the schools decide to serve. The schools would then have to provide a menu to choose from, but once we give them the freedom to eat what they want, the effects of the peer pressure would be nullified. It’s like allowing them to choose what they want to study; many kids would simply avoid studying math, and if that is the norm, nobody would feel embarrassed for not being able to do the basic arithmetic. In Japan, the kids are not only taught how to do math but also how to appreciate different flavors of food.

Ken asked me, if all these Americans grew up eating pasta with butter, at what point did they learn to eat other things? Well, they gradually did but they never fully caught up with the rest of the world as evidenced by the generally low quality of food served at restaurants. Many Americans learned how to pretend to know about food. For instance, instead of admitting that they don’t understand the flavor of any particular food, they’ll simply dismiss it by saying, “I don’t like it.” To be able to judge something appropriately, we have to know enough about it. Many Americans would eat something for the first time and declare that they don’t like it because they don’t want to appear unsophisticated.

I think the low food IQ of this country is at a crisis level, which has real consequences. Focusing on understanding food itself, not the politics of it, will naturally lead to understanding the politics of it. Politics is in everything but it does not mean that the right order to teach our kids is politics first. Even art is ultimately political, but we don’t start teaching our kids how museums have cozy relationships with powerful dealers. We just teach them how to appreciate art. Our food education is backward, which ultimately doesn’t work.

This is not a problem individual parents can solve on their own since it involves the use of peer pressure. We need to create an environment where the dynamics turns around to a virtuous circle. And, before we can get to that, we need to first recognize that the problem exists. As of today, most American parents seem oblivious because they haven’t seen anything other than their own norm.

Ken told me that the quality of school lunch in Japan has in fact gone up since we were in school. I would bet it’s better than most restaurants in New York.