It’s Asians, Not Whites, Who Are Squeezing Out the (Other) Minorities from the Tech Sector

Apple just released their diversity report, and many are saying there are no surprises, but I’m a little surprised. If you read the headlines only, you would think Apple and other tech companies are privileging white workers, but that is apparently not the case. Take a look at the chart I created below. The percentages of white people at these tech companies are less than the percentage of Whites in the US, which means they are not doing particularly well in the tech sector. Given that Whites in the US have natural advantages, even if they held the same US percentage, it would imply that they are underperforming. The biggest issue here is obviously the Asians. The race that accounts only for 4.4% of the US population is filling up 15% of Apple, 30% of Google, and 34% of Facebook. In other words, all the other races are being squeezed by Asians, not by Whites. 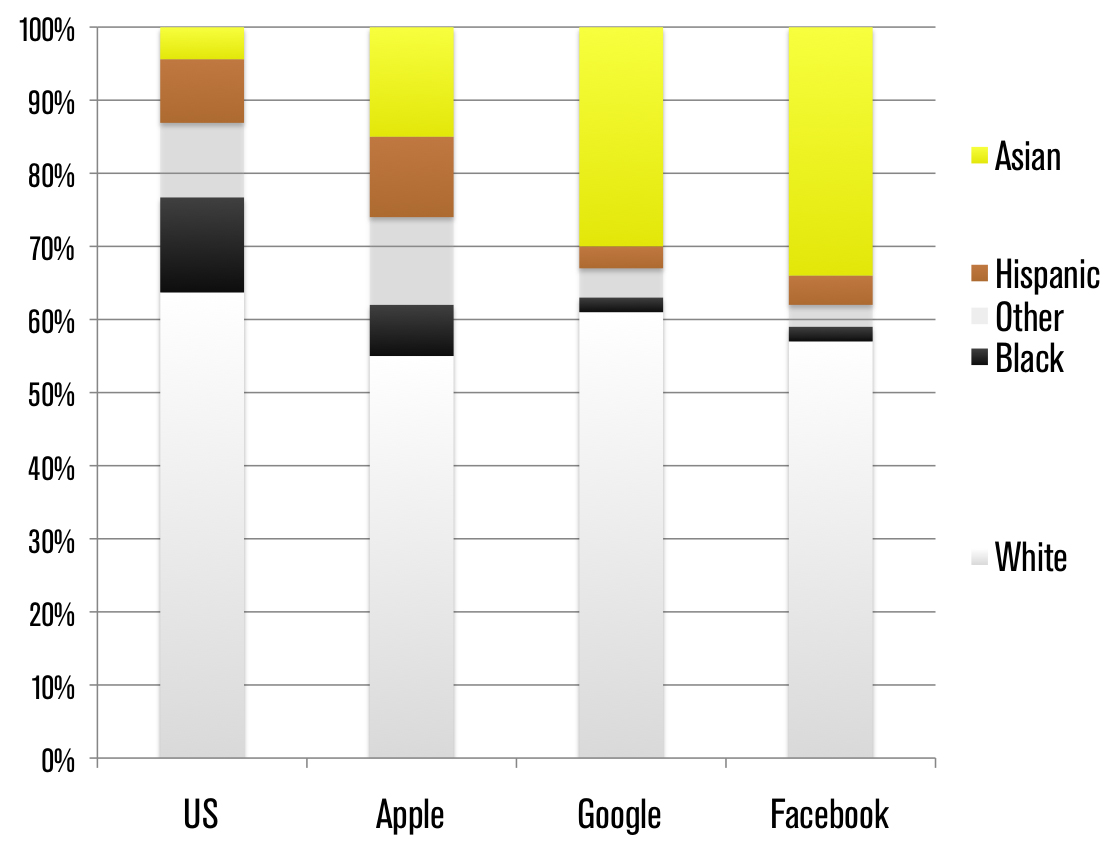